A sampling of the Washington Post's entomophagy pieces shows that the outlet has been pushing the consumption of insects for nearly a decade and on a near-annual basis. 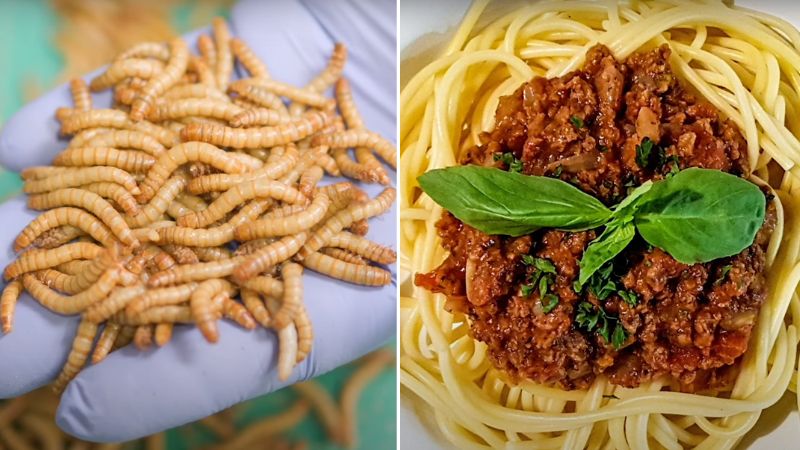 The Washington Post has published another article telling its readers that they need to eat bugs for the sake of climate change.

A sampling of the Washington Post's entomophagy pieces shows that the outlet has been pushing the consumption of insects for nearly a decade and on a near-annual basis with pieces including Why you can, should, and probably will eat bugs from 2014, This college student is eating bugs for 30 days so you will too from 2015, Eating bugs can help the environment. So how do we get past the ick factor? from 2017, and Why Bugs Must Be a Bigger Part of the Human Food Chain from 2021.

The pro-insect consumption propaganda is linked to climate change zealots who propose that eating less meat will reduce carbon emissions. Like the Washington Post, the New York Times, when not promoting cannibalism, also publishes, on a near-annual basis, articles encouraging human beings to eat bugs.

The Washington Post's current article tells the tale of a naturalist within the Lancaster County Department of Parks and Recreation in Pennsylvania, Lisa Sanchez, who fed some children a sampling of bugs.

"More than a dozen adults and children stood in a park pavilion, listening to mealworms sizzling in a hot pan," Beans writes.

"Suddenly, one mealworm sputtered out of the pan. Six-year-old Adaline Welk — without prompting — popped it into her mouth. The crowd cheered for the newly minted entomophagist. 'It’s not that bad!' she exclaimed. 'It kind of tastes like kettle corn!" Beans continued.

The Washington Post uses children as a means to validate a practice otherwise considered antithetical to societal values. The logic is that if Adaline Welk, who is six, pops a friend bug into her mouth, it validates the whole lifestyle.

As Forbes wrote in 2017, there is no evidence that supplanting insects for meat would have a significant change on creating a more sustainable food supply.

A blog post in Scientific American made a more palatable reason for not eating bugs, "they taste pretty awful and have a horrible texture to boot." While the nutritional value of eating insects to a human being may be comparable to that of meat, the reason insects as food were left in the dust was one of supply and demand. As capitalism in the West created more prosperity over time, humans had the opportunity to eat food that was less disgusting with more frequency.

The article by Beans points to centuries of normalized bug consumption in places like Africa, Latin America, and Asia but does not explain that those same cultures gravitated to the consumption of fish, foul, and meat when the supply was available.

The Washington Post article ends by openly advocating for a "new norm" of bug eating, but noted that eight-year-old Leona Welk watched her sister Adaline eat the bug, and watched as the class in group fashion followed suit. Reluctantly Leona said she finally ate one to try it and concluded, "It didn’t taste like anything."

"I'm still not putting them on my ice cream," the smart eight-year-old told her younger sister.