"Data show that Jewish Americans benefit from current systems of power and, for the most part, have access to and control of systemic power," said Tracy Castro-Gill. 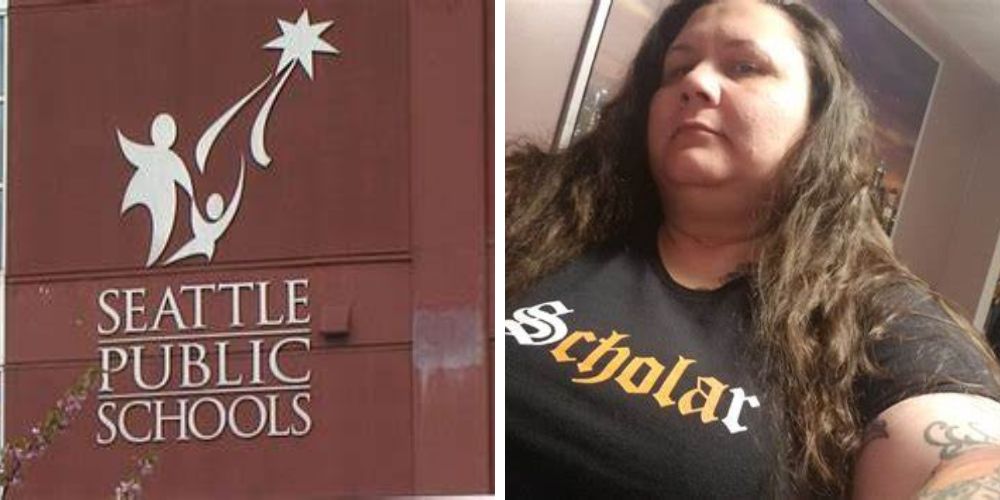 Parents Defending Education obtained the emails from Tracy Castro-Gill, who worked as the district's Ethnic Studies Manager from September 2018 until May 2020, when the superintendent removed her from the position due to "unprofessional behavior."

This was shortly after the district released its controversial ethnic studies framework.

Castro Gill, who identifies as a "non-binary" "Xicanx," did not include the Jewish community in the development of the district’s Ethnic Studies program, because the program takes "an intersectional approach to every aspect of identity… input from people and communities of color has been prioritized."

After being relieved of her duties at SPS, Castro-Gill founded and serves as the executive director for Washington Ethnic Studies Now (WESN), an organization that sells radical curriculums and trains public school teachers across the country in "ethnic studies." The Post Millennial previously revealed that the organization was approved by the Office of Public Instruction of Washington (OSPI) to provide professional development for teachers in Washington state and proudly proclaims that they teach critical race theory

According to PDE, Castro-Gill was also an advisor to the Southern Poverty Law Center’s "Learning for Justice" initiative and an advisor on Washington State’s Ethnic Studies Framework.

In an October email to The Post Millennial OSPI claimed it "does not currently have any engagements or contracts with Washington Ethnic Studies Now (WAESN), nor do we point to them as a resource for educators from our website. When it became clear to us in recent years that WAESN was not just an education-focused organization, but also a political one -- and that they had used their platform to make disparaging comments about others -- we took action to remove their materials from our website in places where the organization was listed as a resource for schools and educators."

Contrary to that claim, WESN is listed on OSPI’s 2022-23 "Clock Hours Provider" of organizations that teachers in the district use to fulfill their mandatory teacher training.

Castro-Gill said in the emails obtained by PDE that "Judaism would not be a central topic in an ethnic studies program" because "data show that Jewish Americans benefit from current systems of power and, for the most part, have access to and control of systemic power" and "Jewish history of oppression and resistance is a major focus in the current Eurocentric narratives of history."

To support her argument, she linked to a 2016 article from The Atlantic entitled, "Are Jews White?"

This past summer, Castro Gill ran a 3 part series about Jewishness and Ethnic studies, during which she attempted to prove that Jews benefit from "white privilege." Topics included "The Jewish Question?" a phrase first popularized by Adolf Hitler in 1919 and evolved into the rationale for the genocide of the Jews during the Holocaust,

In the third part of the series, Castro-Gill said Ari Hoffman, West Coast editor of The Post Millennial and a host Talk Radio 570 KVI "is complicit with Whiteness, because he is refusing to acknowledge his white privilege."

Castro Gill accused Hoffman of being complicit "in Whiteness and trying to undermine learning opportunities for students of color" for exposing programs that used the WESN curriculum. Castro Gill also claimed that Hoffman, an orthodox Jew, who wears a yarmulka and whose family was murdered in the Holocaust, "benefits from white privilege" and that "the only way I might know he’s Jewish is his last name," even though Hoffman is a common last name and Ari is a traditional Jewish name meaning "lion."

In the blog post, Castro Gill also claimed that "Zionists," like Hoffman "want to silence folks of color to satisfy their own sense of safety at the expense of the safety of folks of color."

The organization and Casto-Gill also supported Stephanie Gallardo a former candidate for Congress who called for the genocide of Jews in Israel.

In a previous blog post, Castro Gill said, "Why do some white Jews, in particular, insist that their experiences with oppression and genocide are somehow unique? There are far more examples of genocide among people of the global majority than white Jews."

In another post in the series Castro Gill wrote, "White Jewish people insisting on being included in a curriculum that has never been about them reeks of white privilege."

The blog posts and anti-Israel curricula follow the same material Castro Gill pushed when working for SPS. In one of the emails obtained by PDE Castro Gill wrote, "In studying Judaism, we would be interested in centering Jewish people of color and how their religious, ethnic, and racial identities intersect. We could also critically analyze how white Jewish people benefit from systems of oppression that disenfranchise all people of color."

At the 15th Annual Northwest Teaching for Social Justice Conference panel in October, co-hosted by Seattle, Washington and Portland teachers’ unions, and was held on the Jewish Sabbath so that observant Jews could not attend, Castro-Gill discussed “Ongoing attacks on ethnic studies led by Zionists and white Jews”

Roz Rothstein, CEO StandWithUs an international non-partisan organization that fights antisemitism and educates about Israel, told Fox News, "Ethnic studies can help fight racism and build understanding about racial and ethnic minority groups in the United States. Unfortunately, some influential organizations and activists undermine that goal by misrepresenting and excluding Jews from the conversation."

Castro-Gill also claimed in the emails that "colorblindness is a cancer" and "people of color cannot be racist, but they can engage in whiteness."

Castro-Gill added that "white people have been taught to exchange their ethnic and cultural identities for the benefit of 'whiteness'" and argues that "Our history tells us racism is the result of whiteness, not of race."

According to Castro-Gill, "whiteness created racial oppression" which "has continued throughout our history in the United States."

Castro-Gill wrote in the emails, "Using whiteness instead of racism reminds white people they have an ethnicity, too, and they’ve lost a piece of their humanity by perpetuating whiteness. White people need to find their medicine and restore their own humanity, so they can stop hurting others."

The Daily Wire’s Luke Rosiak in his book "Race To The Bottom" highlighted how the "Xicanx" education activist was three-quarters white and moved her child in with a child molester and “pressured her child, who had serious mental impairments, to become gender-nonbinary.”

According to Rosiak, "Castro-Gill, it turned out, was a perennially unhappy toxic liar, one who misrepresented her background to the point that her own father compared her to Rachel Dolezal, and who was ultimately pushed out of her job for repeated misconduct. A focus on racial oppression did not create resiliency, but rather despondency, with Castro-Gill and three other racial justice leaders going on paid leave from SPS for mental health issues in 2019 alone."

Rosiak noted that "The academic achievement of Seattle’s youth plummeted as she implemented initiatives like replacing math instruction with courses on ‘power and oppression.'"
ADVERTISEMENT
ADVERTISEMENT
tcg1