"If a white woman wearing a monkey mask threw an egg at a black democratic candidate, there would be wall to wall coverage," Owens said. "This might actually constitute as a hate crime in Los Angeles." 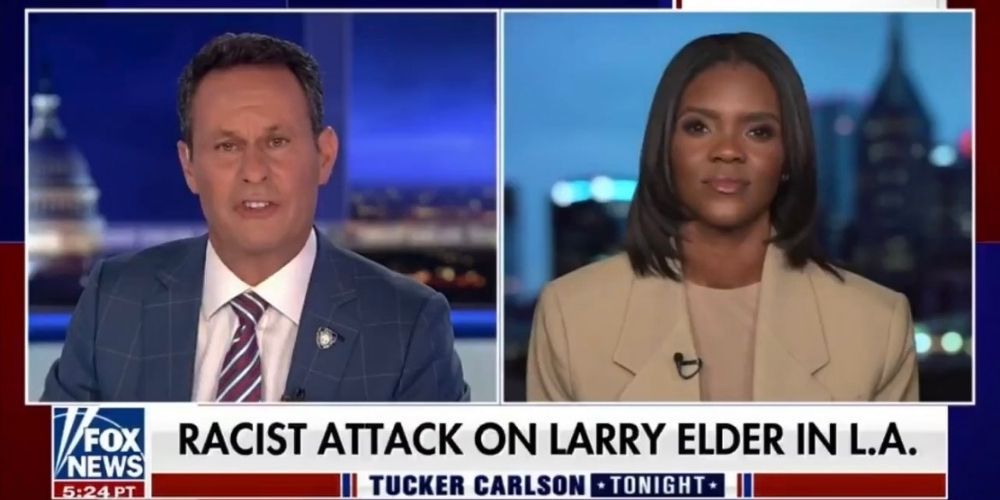 "It's absolutely infuriating," Owens said of the horrific incident that took place Wednesday while walking through a Venice neighborhood of Los Angeles.

Owens slammed mainstream media for failing to report on the incident and said if roles were reversed and a conservative woman were to throw eggs and attack a black Democrat candidate there would have been extensive coverage.

"If this was on the other side, if a white woman wearing a monkey mask threw an egg at a black democratic candidate, there would be wall to wall coverage," Owens said. "This might actually constitute as a hate crime in Los Angeles."

"We need to find out exactly who this woman is," Owens continued, host of the Candace Owens Show on Daily Wire.

"She needs to be arrested and charges need to be brought because this is absolutely criminal and disgusting, and it might be racist. I'm unsure why she was wearing the monkey mask. I have no idea why she was wearing it, but I'd like to see more information about that," Owens fired back.

Republican candidate Larry Elder has been at the on the receiving end of racist attacks by media in the state of California since announcing his campaign for governor. Elder hopes to replace Governor Gavin Newsom in the upcoming recall election on September 14.