"You are the new Drudge, you are the drumbeat," Kirk said. 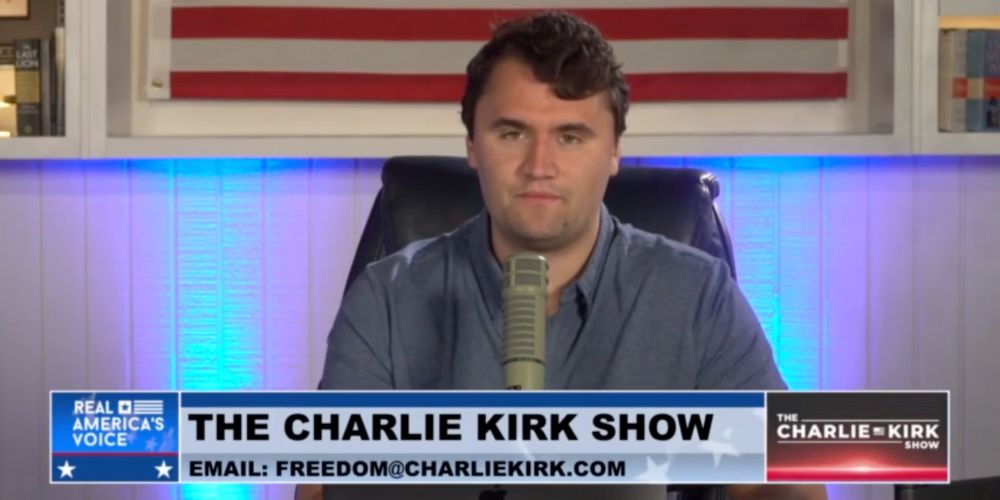 On Friday's episode of The Charlie Kirk Show, the show's namesake spoke with "Kane," the anonymous man who runs the news aggregate Citizen Free Press, a site that has emerged as the conservative alternative to the Drudge report which has grown increasingly liberal over the past few years, about the rise of the "new media class"

Kirk talked with Kane about how his site has emerged as part of a new media class, with page views exceeding The Wall Street Journal, Huffington Post, NBC News, TMZ, CBS News, Daily Beast, ABC News. "You are the new Drudge, you are the drumbeat," Kirk said.

Citizen Free Press bypassed a focus on social media as a move to make them "never able to be cancelled, " Kane said, adding that focusing on cultivating base and return readership has been his route to success.

Kirk asked Kane what the conservative base was "focusing on in the last week's uptick of traffic," noting that Citizen Free Press is "a non legacy media way of tracking public opinion."

Kane answered, "What happened in Mar a Lago, obviously."

On August 8, the FBI raided Trump's Mar-a-Lago estate and took boxes of material from the former president's residence. Later reports emerged that the raid happened on the Department of Justice's belief that Trump and his team had not returned all documents that are deemed government property under the Presidential Records Act.

"97 percent of my traffic comes to the homepage direct because I don't really push it on social media," Kane said. "So these are regular readers. About 600,000 of them. And they are incensed. They are furious."

Kane noted that, "These people are fired up, pissed off, and they're backing Trump in a much stronger way than they were before."

As the site has grown in popularity and emerged as a bellwether for conservative energy, the man behind the site has managed to stay anonymous.

"I wanted to avoid any interaction with David Brock and Media Matters," Kane told Kirk. "So it helps to stay anonymous and somehow I've been able to do it for five and a half years."

"These people are sinister, but enjoy the anonymity while you have it," Kirk replied, invoking incidents where Taylor Lorenz doxed Libs of TikTok, the Washington Post sought to dox and shame Canadian freedom protestors, and radical activist Shaun King bullied New York Post reports.

Kane said that Citizen Free Press does 100 stories a day, split 50-50 where half are original stories and half are outside links. "So the app and the site gets 20 about 20,000 comments a day," he remarked

Kane concluded by saying "CFP nation is, you know, it's a super MAGA crowd. It's America first all the way so it's a great group of people."