At the White House press briefing Monday, a CNN reporter blamed Trump for the anti-communism protests in Cuba, instead of the island's communist regime. 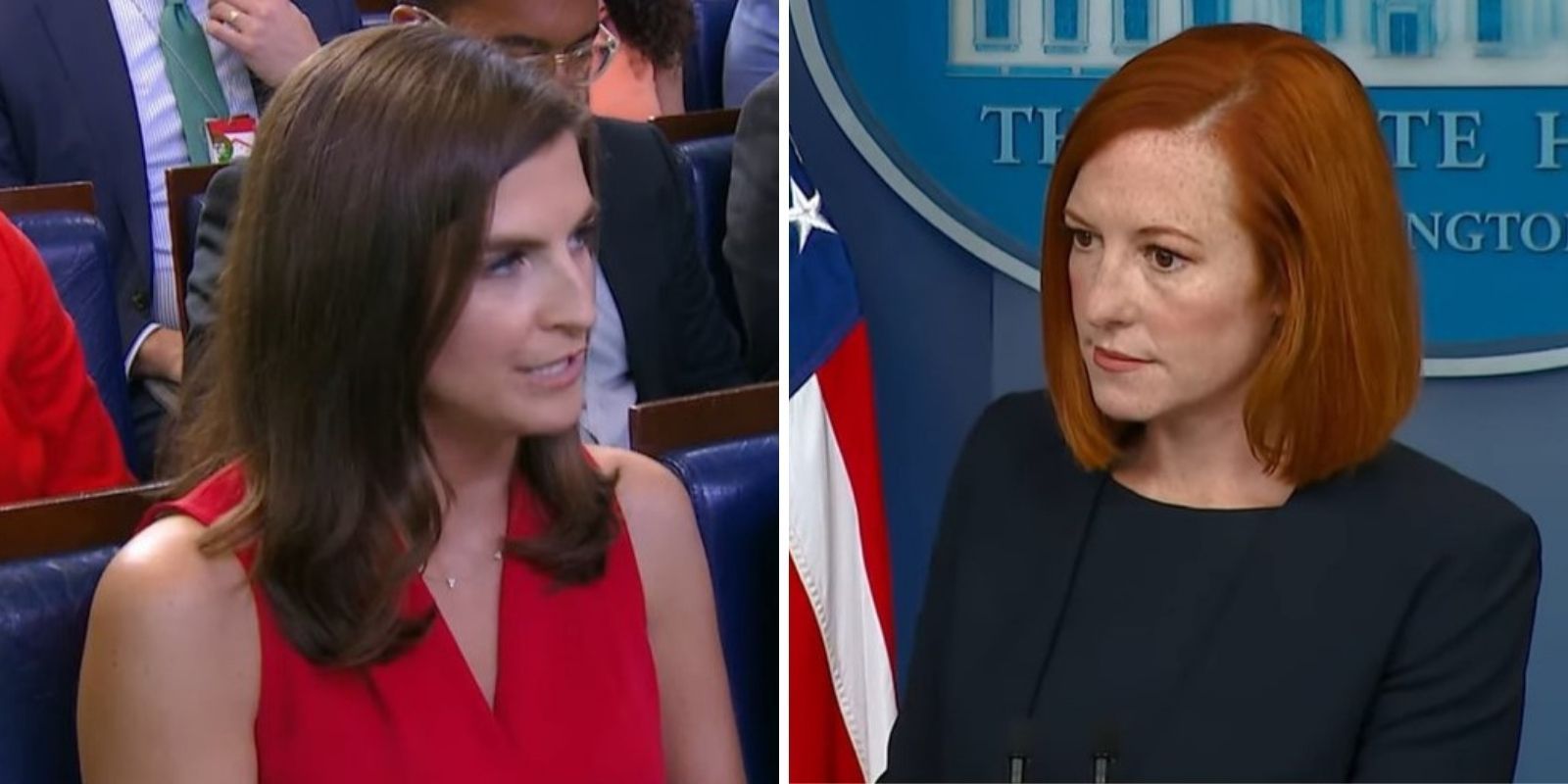 According to the political left, every current event is former President Donald Trump's fault even month after he's left the Oval Office. Now the establishment media is accusing Trump of causing oppression and economic ruin in Cuba.

At the White House press briefing Monday, a CNN reporter blamed Trump for the anti-communism protests in Cuba, instead of the island's communist regime.

CNN's chief White House correspondent Kaitlan Collins noted how President Joe Biden's press statement Monday on the Cuba protests described a call for relief from "the tragic grip of the pandemic." Collin pivoted to question why current sanctions that were put in place by Trump have not been changed by Biden.

"So why is the Biden administration continuing that policy?" Collins asked, emphasizing that exiles cannot send aid to family still living in Cuba.

Psaki said that even under the embargo, there are several exemptions such as humanitarian assistance and medical supplies. "But I have nothing to preview for you in terms of a change of policy," Psaki told Collins.

Collins countered that even though Biden has vowed he'll reverse the policy, she pressed why Psaki can't say when the plan will be implemented.

"Again, these protests happened yesterday or over the last two days," Psaki rebutted. "But you made the promise in September," the journalist responded.

Dissatisfied with the vague response, Collins live tweeted Psaki's reply. "The White House offers no update on any changes to the administration's Cuba policy. President Biden promised on the campaign trail to reverse the restrictive measures put in place by former President Trump," she wrote on Twitter.

After the weekend uprisings in Cuba when citizens of the nation took to the streets to demand liberty and freedom, the Biden administration claimed at the same White House presser that recent efforts had more to do with concerns over the rise in COVID-19 cases on the island than an impassioned desire for regime change.

"I would say that when people are out there in the streets protesting, and complaining about the lack of access to economic prosperity, to the medical supplies they need, to the life they deserve to live, that can take on a range of meanings. There's a global pandemic right now, most people on the ground don't have access to vaccines, that's something we'd love to help with," White House press secretary Jen Psaki answered Fox News journalist Peter Doocy.

The Biden administration called the protests "spontaneous expressions" and failed to issue a harsh condemnation of communism, socialism, or the regime that caused what Psaki labeled as "economic mismanagement."

CBS News also pointed the finger of blame Monday at the Trump administration's policies for Cuba's poverty and crumbling economy.

The corporate media outlet amplified President Miguel Díaz-Canel's claims that the anti-authoritarian civil unrest erupting in Cuba is objecting to economic backsliding caused by Trump-era sanctions and designation of Cuba as a "state sponsor of terrorism" before the former commander-in-chief left the White House.

"On Cuban television, Díaz-Canel blamed the protests on the U.S. and its trade embargo for a severe impact on Cuba's recent economic downturn," the "CBS This Morning" news narrator parroted the accusations in the segment.

CBS then brought on CBS News producer Portia Siegelbaum to echo the authoritarian regime's excuses and bolster the anti-Trump narrative.

"The Trump administration passed many more regulations, many more sanctions against it, which basically has cut off all income coming into Cuba," Siegelbaum said. "I think the Biden administration, he at least said at the beginning he was going to review this policy and make changes but nothing has happened."