During Tuesday’s first hearing of the January 6 House select committee, DC Metropolitan Police Officer Daniel Hodges brought up the US Code section that defines why he calls the January 6 rioters domestic terrorists. 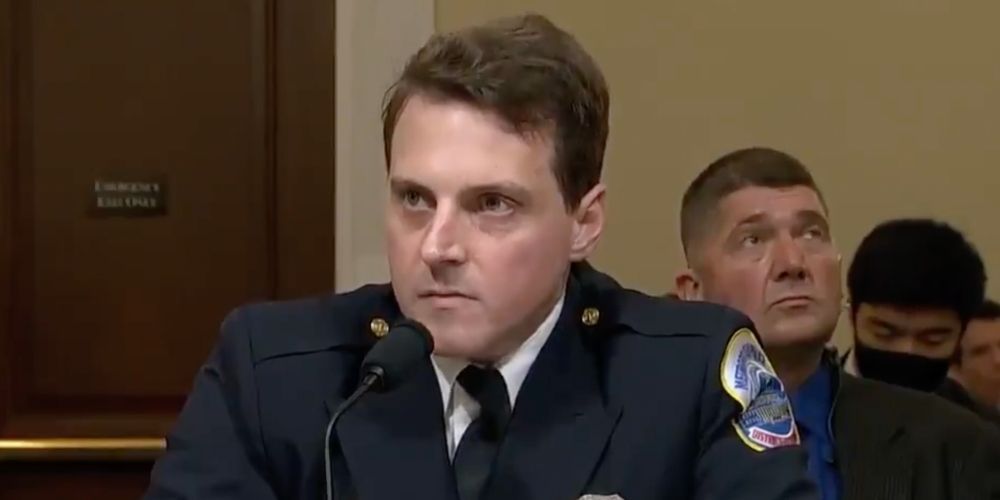 During Tuesday’s first hearing of the January 6 House select committee, DC Metropolitan Police Officer Daniel Hodges brought up the US Code section that defines why he calls the January 6 rioters domestic terrorists.

Hodges was the officer seen in footage from January 6 being crushed in a doorway by a crowd of rioters trying to gain entry into the building, according to CBS News.

"But I can see why someone would take issue with the title of terrorist. It’s gained a lot of notoriety in our vocabulary in the past few decades. And we like to believe that 'no, that couldn’t happen here, no domestic terrorism, no home-grown threats,' but, I came prepared," said Hodges before stating the code.

According to US Code Title 18, Part One, Chapter 113B, Section 2331 cited by Hodges, the term "domestic terrorism" means "activities that involve dangerous to human life that are a violation of the criminal laws of the United States or of any State."

It means activities that "appear to be intended to intimidate or coerce a civilian population, to influence the policy of a government by intimidation or coercion, or to affect the conduct of a government by mass destruction, assassination, or kidnapping," according to the code.

Domestic terrorism also has to "occur primarily within the territorial jurisdiction of the United States," according to the code.

Many of those currently arrested by law enforcement in connection to January 6 have been branded as domestic terrorists, including recently sentenced Paul Hodgkins.

"The need to deter others is especially strong in cases involving domestic terrorism, which the breach of the Capitol certainly was," Special Assistant US Attorney Mona Sedky said in Hodgkins’ sentencing request.