WATCH: Doocy asks if White House is going to blame 'Putin for everything until the midterms'

Press Secretary Jen Psaki responded by doubling down on the notion that Russia is to blame, at least in part, for American gas prices. 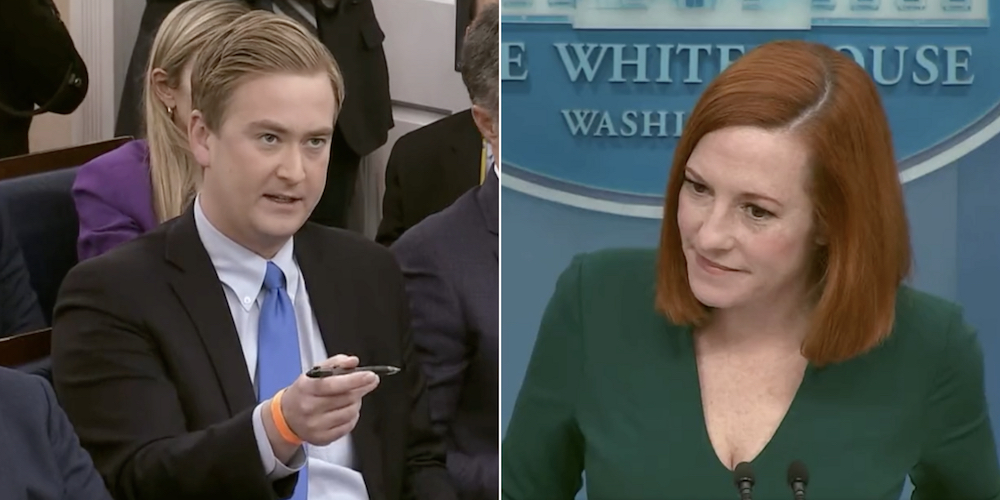 The Biden administration has repeatedly been criticized for their insistence that Russia is causing gas prices in the US to rise.

When the issue came up during Thursday's press briefing, Doocy asked if the White House is "going to start blaming Putin for everything until the midterms?"

Press Secretary Jen Psaki responded by doubling down on the notion that Russia is to blame, at least in part, for American gas prices.

"Presidents of the United States don't do a lot of driving," Psaki replied.

"He's posted videos where he's revving the engine of his Corvette in Wilmington," Doocy countered. "He owns cars."

"And he also has driven electric vehicles as President," Psaki said, "to give a model to the rest of the country."

"I think the president's record on this is clear," Psaki concluded. "Presidents of the United States, current and when they are no longer, typically don't do a lot of driving."

While the White House has long been committed to increasing America's use of green transportation, rising gas prices have caused them to ramp up efforts to push electric vehicles.

"When we have electric cars powered by clean energy," the White House said in a tweet, "we will never have to worry about gas prices again. And autocrats like Putin won’t be able to use fossil fuels as weapons against other nations."