The investment in electric vehicle charging stations will mean "that people from rural to suburban to urban communities can all benefit from the gas savings of driving an EV." 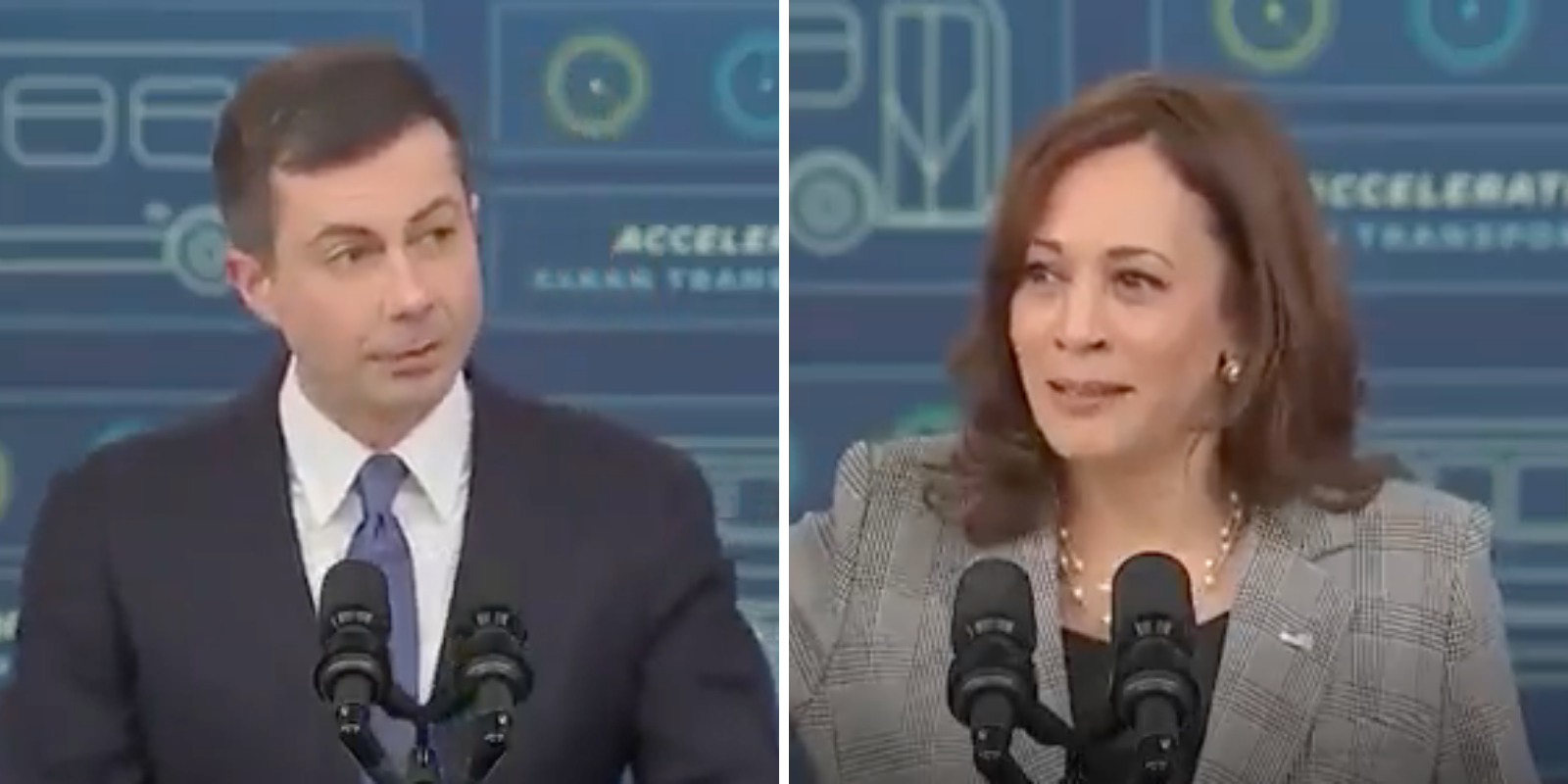 "Clean transportation can bring significant cost savings for the American people as well. Last month we announced a $5 billion investment to build out an electric vehicle charging network so that people from rural to suburban to urban communities can all benefit from the gas savings of driving an EV," Buttegieg said.

The remarks were made as part of an event during which Vice President Kamala Harris delivered highlighted "the American Rescue Plan and the Bipartisan Infrastructure Law investments, and the Biden administration's actions to deliver clean transit, school buses and trucks, and clear air to America."

Vice President Kamala Harris said "Imagine a future, where the freight trucks that deliver bread and milk to our grocery store shelves and the buses that take children to school and to work, imagine all the heavy duty vehicles that keep our supply lines strong and allow our economy to grow, imagine that they produced zero emissions."

"Well you all imagined it, that's why we're here today," she said. "Because we have the ability to see what can be, unburdened by what has been, and then to make the possible actually happen."