"How come migrants are allowed to come into this country unvaccinated, but world class tennis players are not?" Doocy asked. 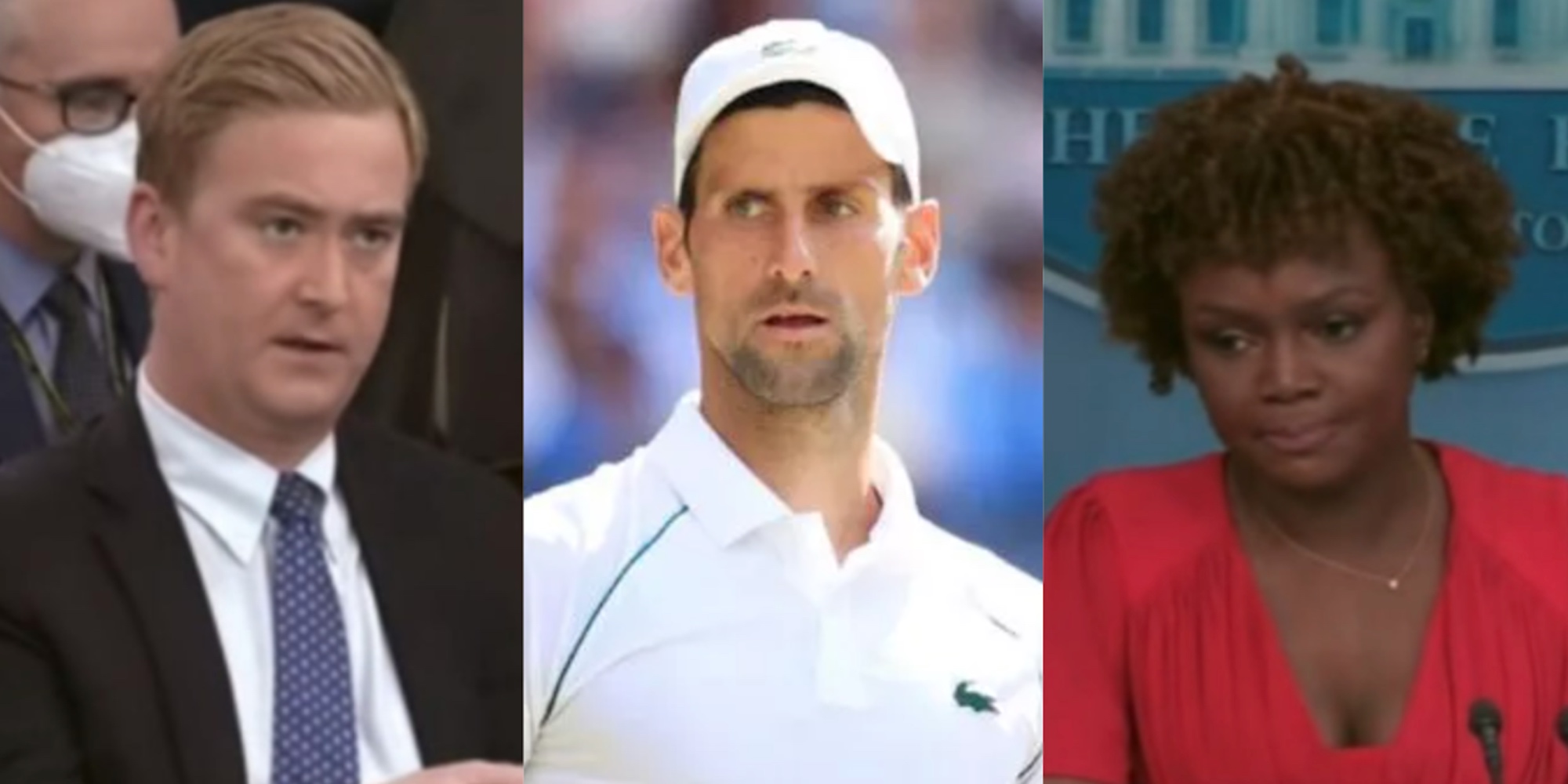 Last week, tennis star Novak Djokovic was barred from entering the United States to take part in the US Open as a result of his vaccination status. Meanwhile, thousands of migrants, many of whom are also unvaccinated, continue to stream in via the southern border.

On Monday, Fox News' White House correspondent Peter Doocy grilled Press Secretary Karine Jean-Pierre over the apparent double standard, asking why one is okay and the other is not.

"How come migrants are allowed to come into this country unvaccinated, but world class tennis players are not?" Doocy asked, referring to Djokovic.

Jean-Pierre deflected the question, noting that visa records and medical information of individual travellers are confidential, and as a result the government cannot discuss specific cases.

She pointed Doocy to the Centers for Disease Control, who had put in place the requirement that foreign nationals must be vaccinated to enter the US.

"How is it two different things?" Doocy pressed. "Somebody unvaccinated comes over on a plane; you say that's not ok. Somebody walks into Texas or Arizona unvaccinated, they're allowed to stay? Why?"

"But that's not how it works," Jean-Pierre replied. "It's not like somebody walks over, thats't not how–."

"That's exactly what's happening!" Doocy interjected. "Thousands of people are walking in a day. Some of them turn themselves over, some of them are caught, tens of thousands a week are not. That is what is happening."

Jean-Pierre once again deflected, instead blaming the Trump administration for leaving them a "broken system" and listing a number of actions Biden  has take to deter illegal migration.

In regards to Djokovic, Jean-Pierre noted that all players must abide by rules put in place by the CDC and US Open, and that he is subject to a "different process" than that of migrants.

Doocy pushed her on the double standard, asking why there are different requirements based on how and under what circumstances one enters the US, to which Jean-Pierre replied by stating that migrants are still subject to CDC guidelines under Title 42, calling Doocy's claims "factually wrong."