Journalist Andy Ngo shared a clip from the protest clash, with the Drag Queen Story Hour supporters chanting, "Nazi scum off our streets!" 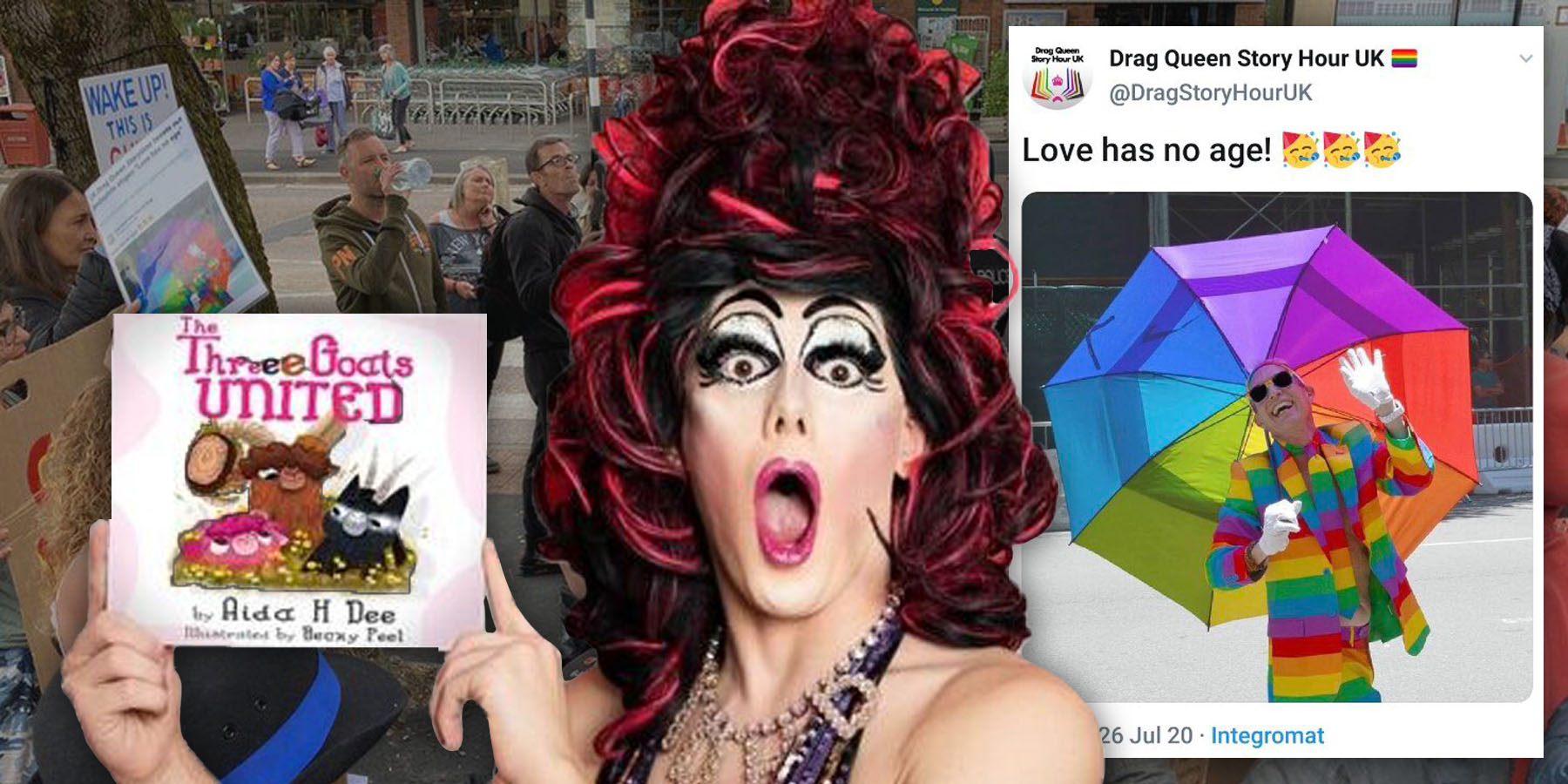 A small group protesting a Drag Queen Story Hour event for children at the Jubilee Library in Brighton, England on Thursday was confronted by a large group of far-left activists.

The Post Millennial editor-at-large and journalist Andy Ngo shared a clip from the protest clash, with the Drag Queen Story Hour supporters chanting,  "Nazi scum off our streets!" Ngo added that The City Council came out in support of the event, citing "diversity" as a reason.

Sab Samuel, who goes by the drag persona Aida H. Dee, (a play on the neurological disorder ADHD), is on a nationwide tour promoting his children’s book, Three Goats United and performed at the event.

Samuel has been criticized for his social media posts in the past, including a now deleted post from July 2020 where he proclaimed that "love has no age," a phrase that was adopted by the Paedophile Information Exchange, in its campaign to lower the age of sexual consent so that adults could have sex with children.

Samuel reads his book to children in his drag persona in libraries across England, in a tour that has attracted controversy and protests that led to two subsequent "drag queen story hour" performances in the area being canceled.

Samuel’s only performance that was able to take place on Thursday was met by a group of protesters who squared off against a group of counter-protesters who had come to show their support for the event.

Local resident Liz Brynin, 75, who attended the protest said she objects to drag for children and is concerned about the messages that the book sends to them. "It’s an insidious introduction to quite a dark world with a lot of very unhappy people," said Brynin.

Samuel said of his book, "It’s LGBT+ education. The best solution is how we learn about all relationships, it’s embedded in our lives," he told WalesOnline. Samuel added that the villian of his book, the Wolf, is intentionally white instead of black to "counter stereotypes."