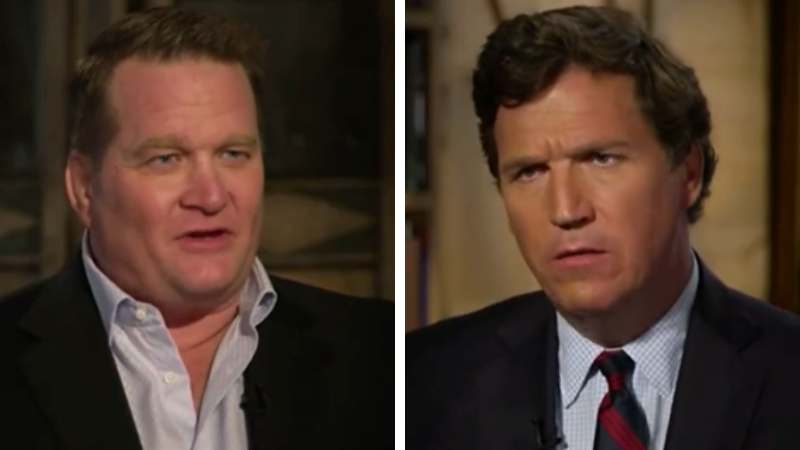 The two spoke after having done so previously two years prior, in the month before Americans went to the polls in the US presidential election that saw Biden ascend to power. Bobulinski's accusations, along with stories regarding Hunter Biden's laptop, were largely ignored and even censored by social media giants in the leadup to the election that eventually saw Joe Biden take home the most votes in any US election in history.

Bobulinski told Tucker Carlson in the interview that he believes the censorship of the story could have changed the results of the narrow margins of victory in states like Wisconsin, Georgia, and Arizona, saying that "The difference between President Trump and Joe Biden was 43,000 votes. If half of those people, 21,500 had voted for President Trump instead of Biden, President Trump would still be in the White House."

"So that election was decided by 21,500 votes – in the backdrop of a story that is the most suppressed story in the history of the US presidential elections," he argued.

"You can call it rigged. You can call it stolen. You could call it suppressed. The American people can call it whatever they want. But the fact pattern is the FBI alone altered history in that election," he continued.

Carlson dug into the Bidens' "offenses against the United States" with Bobulinski, along with examples of fraud against the former Hunter Biden associate.

Bobulinski's allegations of fraud stem from a contract between a firm he launched in 2017, Oneida. It was owned by himself, Hunter Biden, the president's brother Jim Biden, and others, to form a joint venture with CEFC, a Chinese firm.

Bobulinski alleges that the president's son copied the contract and stole money, diverting $5 million into his own pocket.

“It appears that Hunter Biden, Jim Biden, and the Biden family really copied the same document down to typos [and] the serial number and they removed [the name] Oneida Holdings [and] replaced it with Owasco, which was [the name of] Hunter Biden’s law firm or business that he operated,” Bobulinski told Carlson.

“Hunter Biden and Jim Biden defrauded [us] and took the money for themselves … stole it from me and my other partners, Rob Walker and James Gilliar," Bobulinski said.
ADVERTISEMENT
ADVERTISEMENT
bob tucker