"We've certainly spoken to, and he's spoken to the need for social media platforms to reduce hate speech," Psaki stated. 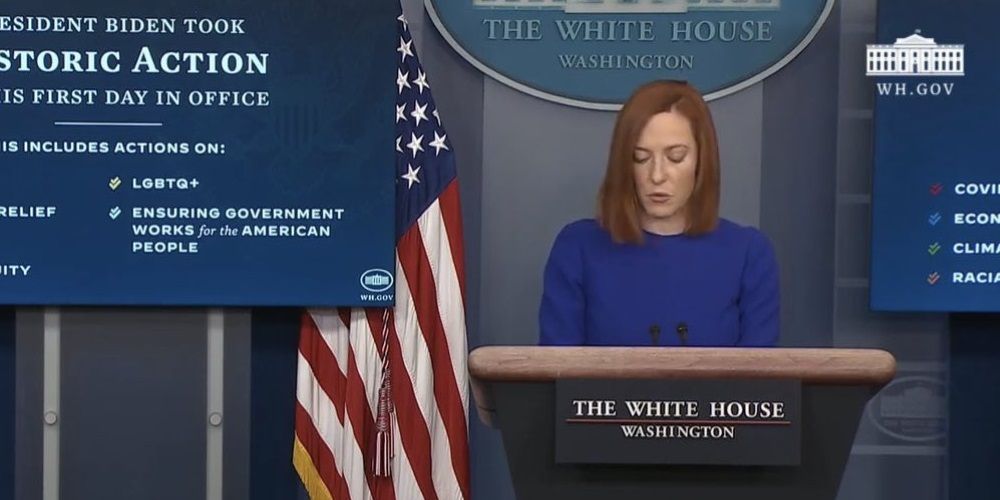 White House Press Secretary Jen Psaki said in a press briefing on Monday that the Biden administration is working with big tech companies to censor speech covered by the first amendment.

"As you know, President Trump has been barred from a lot of social media sites," a reporter said to Psaki. "Just curious whether you think his absence has made our job any easier, or the White House's job any easier as it kind of goes forward on these COVID negotiations?"

"We don't spend a lot of time talking about or thinking about President Trump here, former President Trump, to be very clear. I think that is a question that's probably more appropriate for Republican members who are looking for ways to support a bipartisan package," Psaki responded. "But I can't say we miss him on Twitter."

"Does President Biden support the continuing ban of President Trump on their sites?" the reporter asked.

"I think that's a decision made by Twitter. We've certainly spoken to, and he's spoken to the need for social media platforms to reduce hate speech," Psaki stated.

The United States has no legal concept of "hate speech," and such speech, so long as it is non-violent, is protected under the first amendment.