"Today, the rest of Canada saw a G7 Prime Minister go after a Jewish member of Parliament and then walk away and not apologize," Lantsman told Fox News. 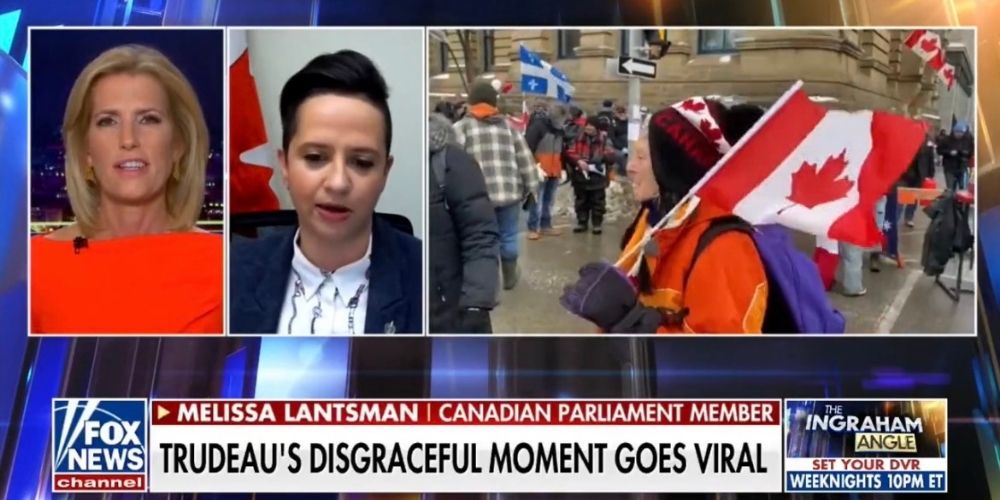 Jewish Conservative MP Melissa Lantsman joined Fox News' Laura Ingraham on Wednesday and spoke out against Canadian Prime Minister Justin Trudeau suggesting she stood with Nazi's and racists because she has been a vocal supporter of the "Freedom Convoy."

"This is his true colors," Lantsman said of Trudeau. "I sit there and watch him draw a divide and wedge and stigmatize Canadians every single day. And today, the rest of Canada saw a G7 Prime Minister go after a Jewish member of Parliament and then walk away and not apologize," she told Fox News.

On whether or not she believes that Justin Trudeau intentionally made antisemitic comments, Lantsman said she believes it was calculated and "that words matter." B'nai Brith of Canada issued a statement condemning the Prime Minister's words.

"And if you looked at my inbox in my office, and you saw what my staff was looking at, when you accuse somebody of standing with a swastika, you get an influx of people calling you a Nazi, and that's not okay," Lantsman continued.

"He's been driving division in this country since before the protests started for his political gain. And I think his leadership is in trouble. The country's in trouble and he's lost control of the situation."

Conservative MP Melissa Lantsman said she is expecting an apology from Prime Minister Justin Trudeau who has not yet apologized as of Wednesday.

"He has not apologized, and I expect an apology," Lantsman said. "I got to tell you, Canada is the best country in the world. My parents chose it. I'm a grandchild of Holocaust survivors, and to watch what is happening and what the Prime Minister is driving in this country is frankly egregious."

On Wednesday, Trudeau responded to Melissa Lantsman on the floor of the House of Commons after she brought up his own words in 2015 to him.

"An optimistic hopeful vision for public life isn't a naïve dream; it can be a powerful force for change," Trudeau said at the time. "If Canadians are to trust their government, their government has to trust Canadians."

Lantsman contrasted that with his words in 2022, when he called protestors "often misogynistic, racist, women-haters, science deniers," who are a part of "the fringe."

Melissa Lantsman told Fox News' Laura Ingraham that the division in Canada is growing because of Trudeau's rhetoric.

"We've got an urban rural divide, we've got an East West divide, and that's being wedged by the Prime Minister," Lantsman said.

"I'm the party's transport critic so we've been calling an end to these mandates, particularly the cross-border trucking mandate since earlier this year. We've got one of the highest vaccination rates and we are also the country with the highest most draconian restrictions," Lantsman explained.

"So, if he wants to end this today, he could have done that 19 days ago before putting forward a national emergency that is not justified. He could have gone out and talked to people rather than calling them racist and misogynist. And we could have put an end to this. He can drop the mandates and he can drop the restrictions today. And I think that we will have a much more cohesive country."