WATCH: Joe Biden says 'You'll know my opinion on court packing when the election is over'

During a press conference in Arizona on Thursday, Joe Biden refused to answer a question on whether or not he will pack the Supreme Court if elected president. 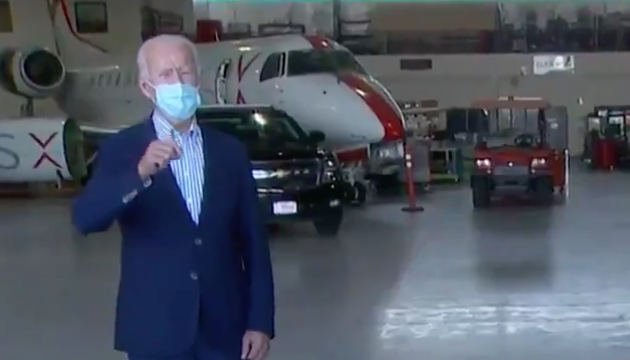 During a press conference in Arizona on Thursday, Joe Biden refused to answer a question on whether or not he will pack the Supreme Court if elected president. Instead, he responded by saying, “You’ll know my position on court packing when the election is over.”

This led many observers to conclude that Biden's words all but guaranteed that he would pack the court if he somehow were to win the election.

The Federalist's Mollie Hemingway said, "If he weren't going to pack the court he would say so readily. Particularly since it's the more politically preferable position with voters. This is Biden saying he 100% would support that if elected and everyone knows that is what he is saying."

“Whatever position I take in that, that'll become the issue. The issue is the American people should speak. You’re voting now. Vote, and let your senators know how you feel,” Biden said to Chris Wallace when he was asked about court packing in the first presidential debate.