Rogan slammed Trudeau for demonizing unvaccinated Canadians "in the worst possible ways with no evidence." 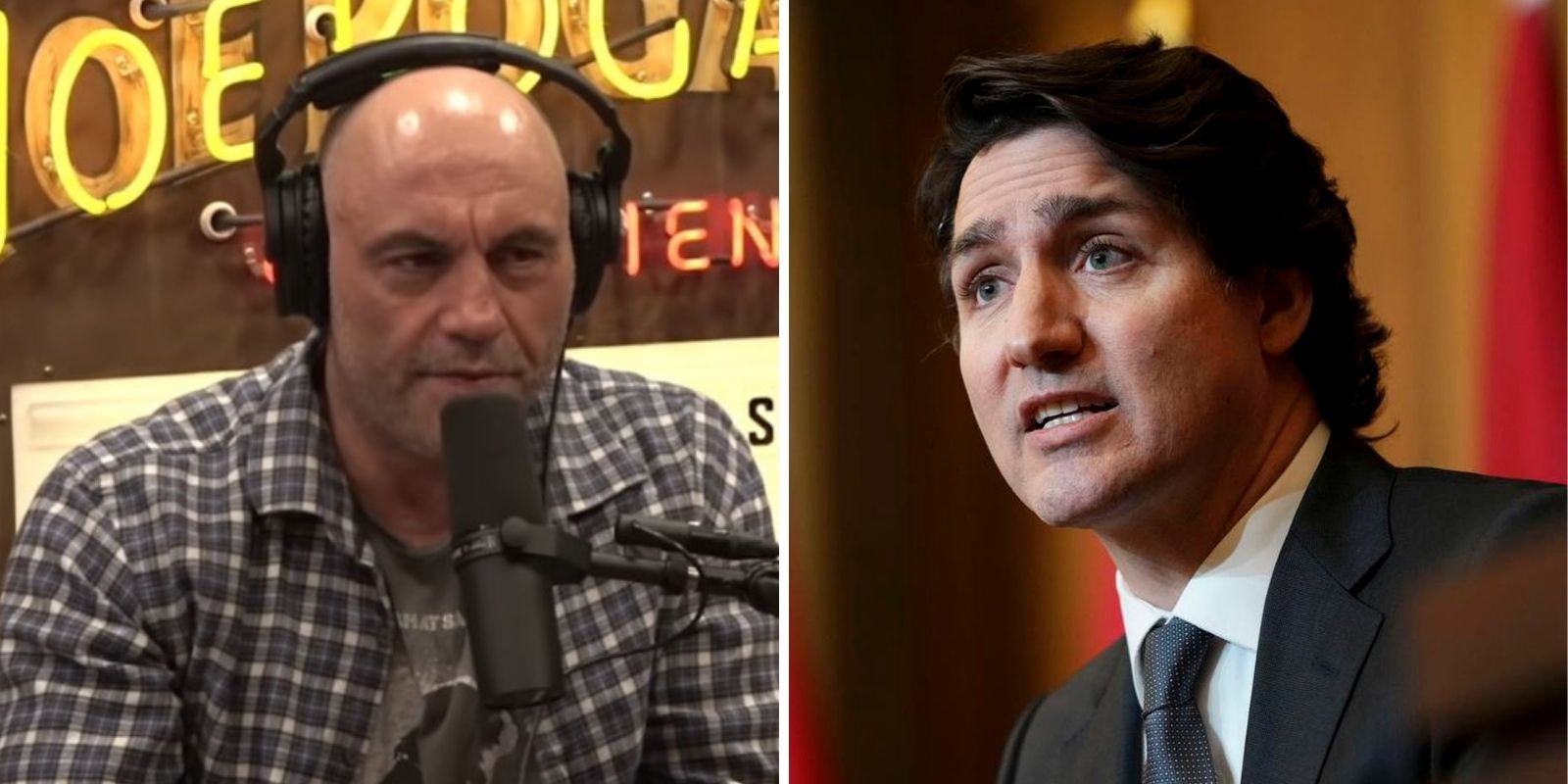 Podcast legend Joe Rogan on Thursday was yet another voice to join the growing chorus of disapproval for Prime Minister Justin Trudeau who has "demonized" unvaccinated Canadians as the Freedom Convoy protests in the nation's capital.

Rogan himself has been fighting an ongoing battle with the mainstream media, and with other political agents of cancel culture, as the liberal mob continues to claim that the popular COVID-19 skeptic spreads "misinformation."

"In Quebec, you can't buy groceries unless you're vaccinated," Rogan started off the podcast segment, continuing with saying: "We need to look at this and make sure that this is true. But when you get to that point..."

"Someone was telling us this last night," interjected guest Dave Smith. "He was a Canadian, so he might be right about that, but that is, yeah, make sure that's true," continued Smith, with Rogan agreeing that the statement needs to be verified.

"And the way Trudeau talks about people who are unvaccinated ... he says that they were misogynists and racists," Rogan went on to say.

"You're in the demonized class, all of a sudden," Smith chimed in.

"You are deciding—you're taking people that have a perspective on a medical intervention, and you're deciding that you're gonna demonize them in the worst possible ways with no evidence!" Rogan continued.

Smith came in with another point, saying, "And, isn't it something that so many of these people, like, say, the nurses who are unvaccinated, the truck drivers who don't like the mandates—they were the heroes!"

Smith went on, "These were the essential workers, the healthcare workers. In New York City, they were clapping at 6 pm every day for these workers. And those same—there'll be nurses who worked for a year-and-a-half during the pandemic, and they didn't wanna get the shot, and now all of a sudden, 'You're outta there!'"