Trudeau specifically attacked the February Freedom Convoy protest in Ottawa, saying that its leaders were "cynical populists who are trying to exploit" anxieties. 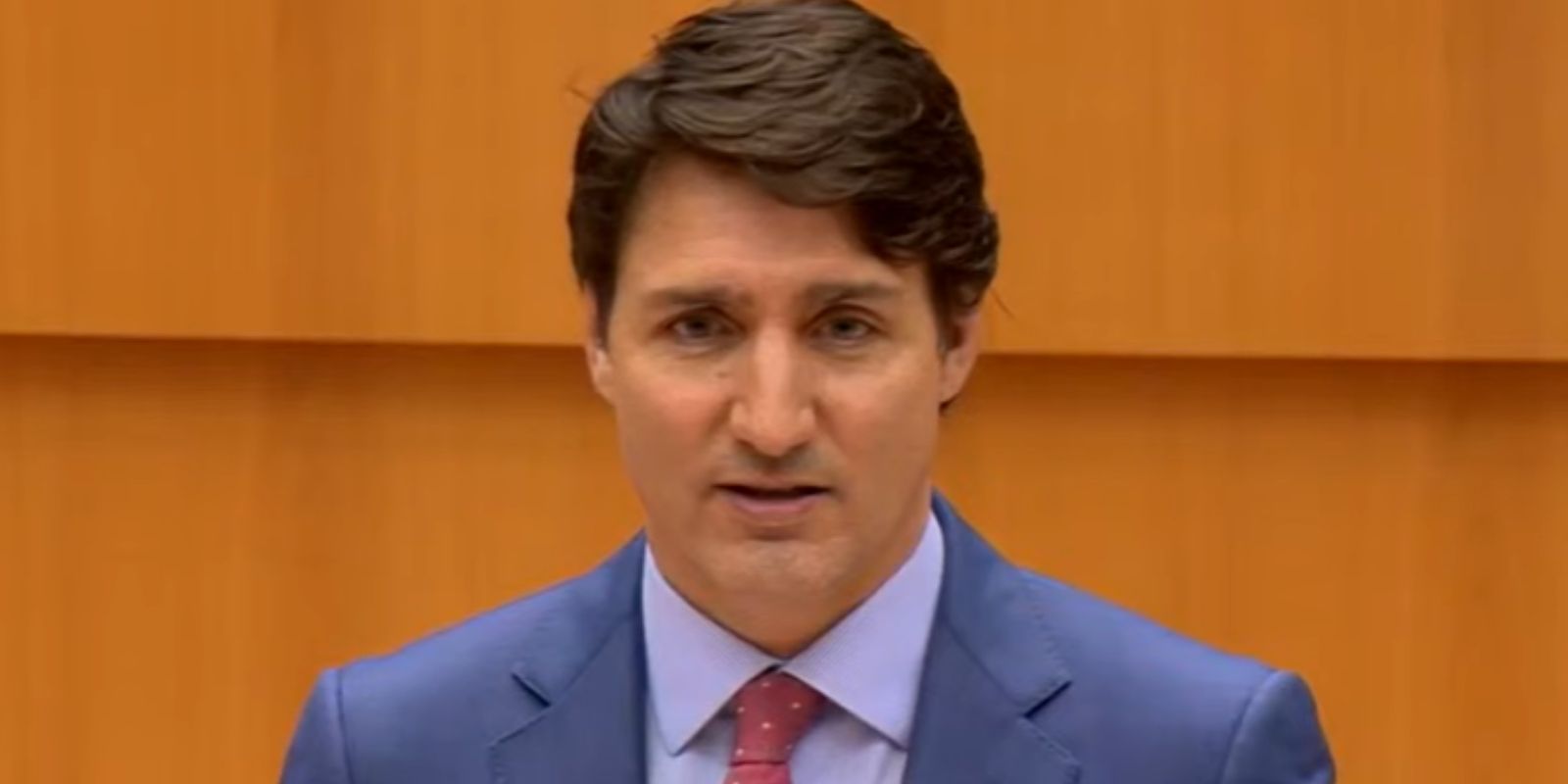 Prime Minister Justin Trudeau addressed European Parliament on Wednesday, where he said that it condemned the "weakening of democratic institutions."

Trudeau specifically attacked the February Freedom Convoy protest in Ottawa, saying that its leaders were "cynical populists who are trying to exploit" anxieties.

"They pretend to have easy solutions that play on people's fears. Even in Canada, where 90 percent of people are vaccinated, and our motto as a country 'peace, order, and good government,' we saw anti-vaccine and antigovernment protest evolve into illegal occupations of our communities and blockades of our borders," said Trudeau, who said that the leaders of the convoys were "effective in turning citizens with real anxieties against the system bet suited to allay those concerns."

Trudeau said that democracy "isn't a game," and that there are no easy solutions to the "big, complex problems we're all facing."

Trudeau would go on to discuss Canada's commitment to fighting the weakening of democracies, saying that there is "work that lies before us" for those committed to democracy.

Trudeau went on to discuss Putin's authoritarianism, saying that "we cannot let Ukraine down. They are counting on us. So let’s use all the tools we have at our disposal."