WATCH: Kari Lake SLAMS reporter asking if she will ditch Arizonans to run as Trump's VP

Lake not only promised to serve Arizonans for one term, but stated that she'd be around for another four years after that. 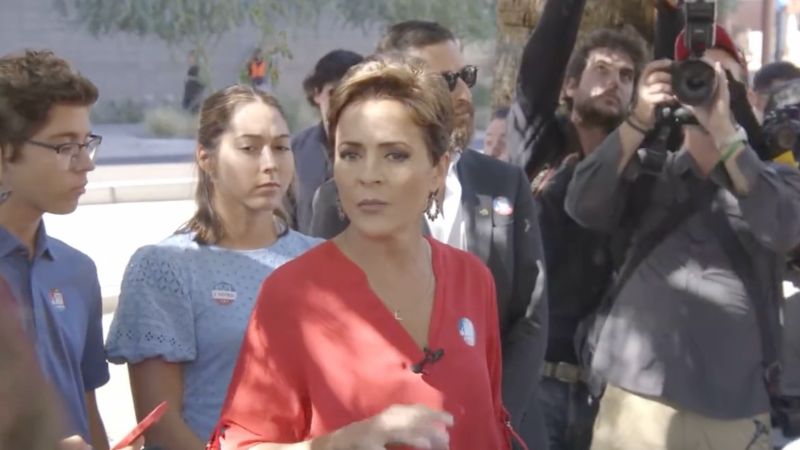 During a press conference on Tuesday, Republican Arizona gubernatorial candidate Kari Lake was asked whether she would, if elected, leave the state to serve as Trump's vice president. Lake responded with "Are you new covering this race?" and "We've talked about this before."

Lake not only promised to serve Arizonans for one term, but stated that she'd be around for another four years after that.

"If Donald Trump announces, as expected, to be president and you win the governorship of Arizona, you're likely to be talked about as a VP candidate," the CBS News reporter began. "Do you plan to serve your entire term in Arizona, or are you open to being the VP."

"Are you new covering this race?" Lake shot back. "We've talked about this before … I am going to not only be the governor of Arizona for four years, I’m going to do two terms. I’m going to be your worst frickin’ nightmare for eight years."

"We will reform the media as well," Lake continued. We are going to make you guys into journalists again. So, get ready. It’s going to be a fun eight years; I can't wait to be working with you guys."

During that same press conference, Lake endorsed former president Trump, saying, "My reaction would be elation. I would be so thrilled if president Trump runs, and I would absolutely, wholeheartedly support him."

"We need president Trump back in office to fix what Joe Biden has screwed up," she added.

When asked about her opponent, Katie Hobbs, Lake said she felt she "should have recused herself," calling Hobbs "unethical" and "incompetent."

On Monday during a rally for GOP Senate candidate for Ohio JD Vance, Trump hinted that a "major announcement" would be made from Mar-A-Lago on November 15.

Trump failed to go into more detail, claiming he didn't want to take away from the importance of the midterms.