The crowd at the much-anticipated face-off on Saturday between veteran Evander Holyfield and MMA icon Vitor Belfort had no problem showing its strong support for former President Donald Trump, who was commenting on the boxing match. 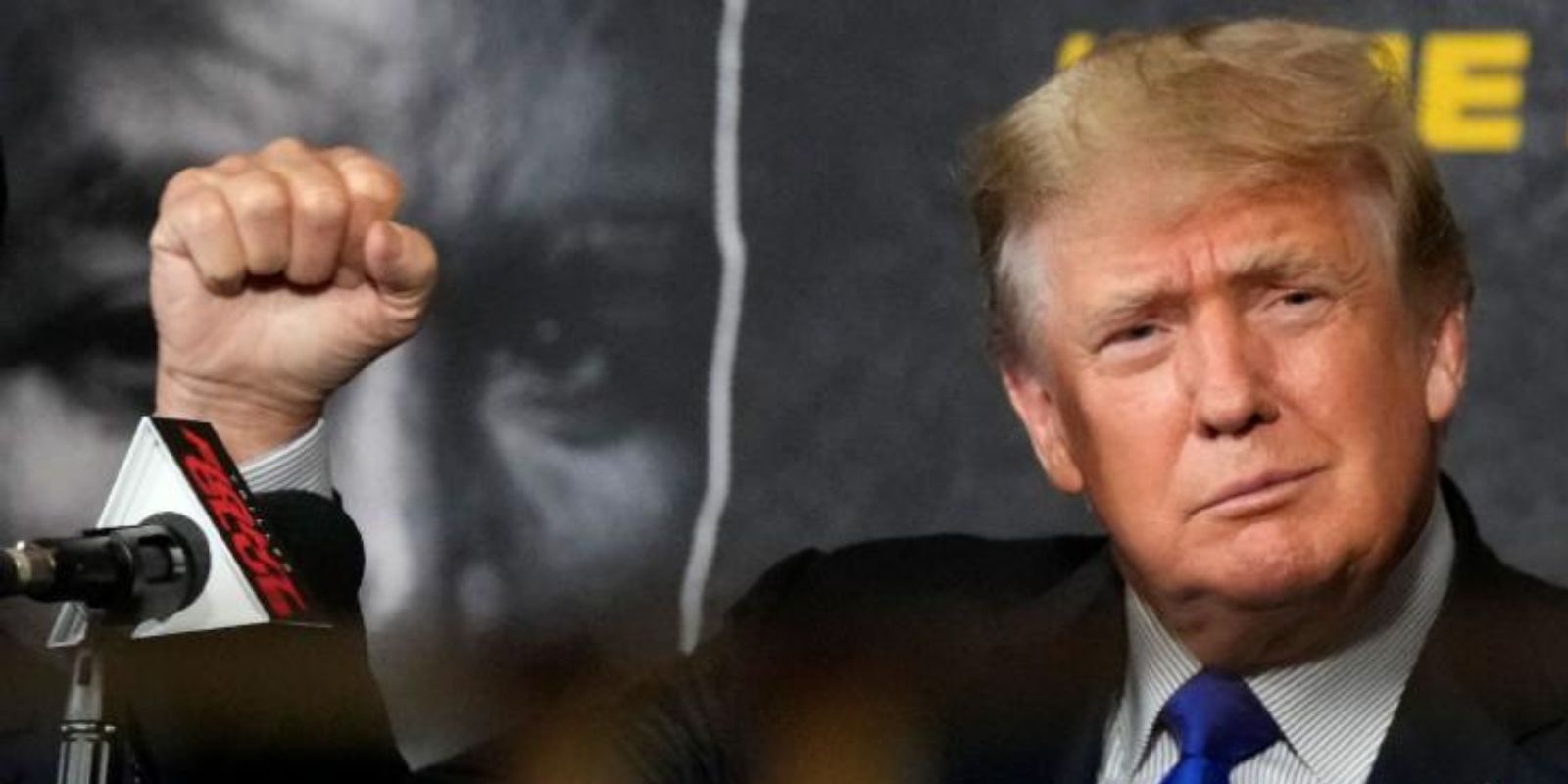 The crowd at the much-anticipated face-off on Saturday between veteran Evander Holyfield and MMA icon Vitor Belfort had no problem showing its strong support for former President Donald Trump, who was commenting on the boxing match.

Chants of "We want Trump" started up right after Trump's compliments on the man who sang the National Anthem. It appears that the vast majority of the fans in attendance were shouting together in unison. Immediately afterwards, scattered smaller groups of people called out "Speech!" Then, a little more in the background, but still clearly, the familiar chant of "F— Joe Biden" roared.

The chants of "F— Joe Biden" do appear to be becoming a trend of sorts. The Post Millennial has recently found four more examples of anti-President Joe Biden chants during college football games, which the announcer was referring to in the above video. Here are a couple of the clips of the chants in question:

The American public's perception of Biden continues to plummet, as many Americans are angry over what they consider to be his mishandling (or perhaps non-handling) of the Afghanistan crisis, among other grievances.

Biden also appeared to be booed when he visited a 9/11 memorial on Saturday, apparently much against the wishes of those present:

The footage of the 9/11 memorial site surfaced on the 20th anniversary of the Sept. 11, 2001, terrorist attacks where numerous New Yorkers gathered together in Lower Manhattan to mourn the thousands of lives lost two decades ago.

As Biden and former President Barack Obama passed through the onlooking crowd, a man can be heard shouting before the ensuing boos: "Murderers! Look, the murderers! You're a mutt for what you did to Afghanistan! Terrible!"

"Don't sniff him!" a bystander yelled at Biden approaching a child off-screen.

Following the complete withdrawal of US troops, Biden was heckled last Tuesday for leaving Americans behind in Taliban-controlled Afghanistan while he was surveying the damage from Hurricane Ida in New Jersey.

"Leave no American behind!" a first woman shouted at Biden. "Resign, you tyrant!" a man screamed. A pool report said the heckler was standing with a Trump flag in his front yard, the New York Post reported.