In the aftermath of the Capitol Hill riot, ProPublica's federal economic policy reporter suggested on MSNBC that Apple Podcasts should also restrict content akin to Big Tech's censorship of conservatives. 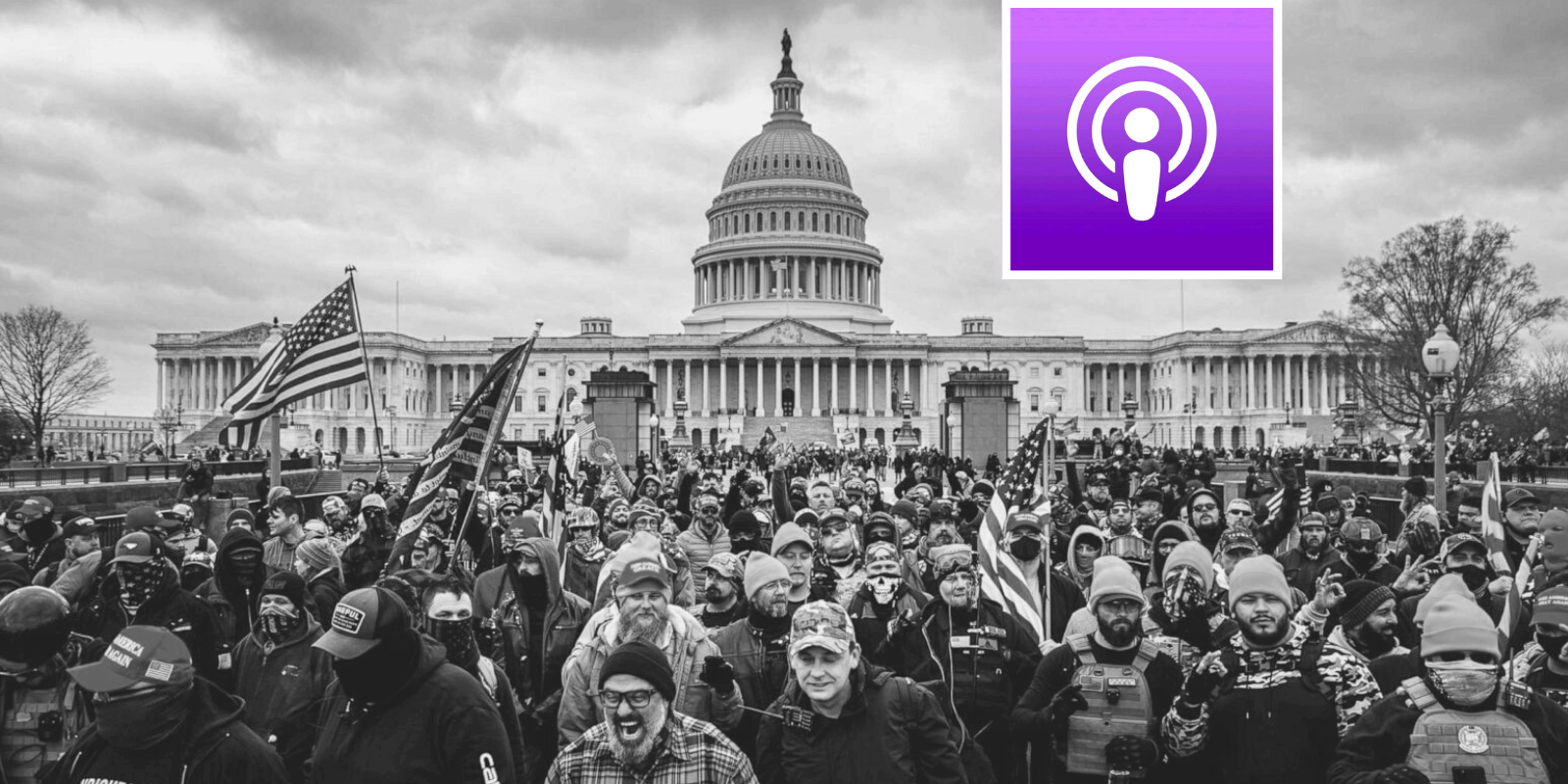 In the aftermath of the Capitol Hill riot, ProPublica's federal economic policy reporter suggested on MSNBC that Apple Podcasts should also restrict content akin to Big Tech's censorship of conservatives.

Jackson named former White House strategist Steve Bannon who has claimed that his podcast, "Bannon's War Room," has racked up 29 million streams to date—even after he was removed from platforms Twitter and YouTube.

He stated in November that the nation's chief infectious-disease expert Dr. Anthony Fauci and FBI Director Christopher Wray should be beheaded by means of medieval execution.

Bannon continues to reach an enormous audience via Apple's podcast app, which is installed by default on every iPhone. Although the app doesn't display the number of times the show has been streamed, Bannon reports updates every few days on its popularity. As of last week, he touted the total downloads.

DePillis pivoted to questioning just what the responsibilities of podcast platforms are when it comes to stifling what otherwise could be seen as protected speech.

Jackson charged that Bannon is free to broadcast "election denialism" and "apocalyptic calls-to-action" several times per day to his millions of listeners via Apple's podcast app.

The network replayed what Banner uttered the day before and the day of the Capitol attack. "Big disclaimer here: We don't condone or even want to replay what he was saying. We felt it was important to understand this story," Jackson countered.

Then on the next morning, Bannon declared: "This is not a day for fantasy; this is a day for maniacal focus—focus, focus, focus. We're coming in right over the target, okay? Exactly, this is the point of attack we've always wanted."

He added: "It's them against us. Who can impose their will on the other side."

"To be clear, this kind of language is dangerous. It is not condoned. And remember what happened. That day ultimately ended in a bloody and deadly brawl," Jackson rebutted.

Apple declined to comment to ProPublica, the self-described nonprofit newsroom that investigates abuses of power, on how the company evaluates whether to de-list or deplatform a certain podcast. Prohibited material under the Apple Podcast requirements includes "content that is illegal or promotes illegal activity, self-harm, violence, or illegal drugs, or content depicting graphic sex, gore, or is otherwise considered obscene, objectionable, or in poor taste."

"So how can it be that this kind of junk is allowed on Apple's Podcasts app, but not on Twitter, not on YouTube. What's the difference here?" Jackson questioned

DePillis explained that American policy allows tech platforms to devise their own rules as to what content they will allow. She mimicked Apple's rationale and described the company's maneuver to dodge liability: the podcast application just lists podcasts, runs the directory, and does not host the content—which is housed elsewhere, but users can still access podcasts through the app.

"But they do have terms of service that says, 'Here is what we will and won't allow.' It's just very, very loose," DePillis went on, praising other tech oligarchs that establish "proactive policies in terms of election misinformation," which Apple fails to institute.

Jackson scrutinized Bannon again "who is strategic and maybe takes advantage of these sort of looser constructs around what's acceptable."

Since his "heads on pikes" episode, Bannon has "shied away from advocating violence," DePillis penned. "He sometimes caveats his calls to arms by cautioning that he's talking about political protest or 'coloring inside the lines.' He has downplayed allegations against Dominion Voting Systems," she continued.

Like many in the right-wing media ecosphere, Bannon has praised peaceful demonstrations and claimed that the Jan. 6 riot was instigated by liberal agents provocateurs who infiltrated the pro-Trump mob.

But extremism experts argue this kind of rhetoric "still feeds into an alternative reality that breeds anger and cynicism," DePillis contended. This perception may "lead to violence," she pressed.

"Steve Bannon, you can tell, is walking some kind of line," DePillis told Jackson. "He knows that he does rely on Apple's platform and several other platforms like Roku, for example."

If Bannon were to "explicitly" incite violence, then he would be kicked off soon after, DePillis said, but he's not.

"And sometimes he'll say, 'I mean political struggle or whatever.' But he does seem to know how his audience does perceive this kind of language, this rhetoric that does paint these very dark versus light conceptions of politics. And that really dances up to the line of what is allowed, but can lay the conditions and the groundwork that puts people in a mental space that might lead them to commit other acts of violence," DePillis proclaimed.

Jackson acknowledged that on the conservative side, there's much debate about cancel culture and the suppression of free speech. "It may just be a matter of time before there is a build up of alternative streaming universes—ones that don't depend on these tech giants at all. How likely is that to start happening?"

"At the moment, it's very difficult," DePillis replied, observing that the landscape of tech platforms is consolidated. Most users consume content through means that are supported by companies like Amazon through its Amazon web services product or Apple through its iPhone or Google through its browser, she elucidated.

Parler, the free speech alternative to Twitter, went offline after the site lost access to Amazon's hosting servers for the company's purported failure to moderate "egregious content" related to the riot on Capitol Hill. Google and Apple moved that same weekend to boot Parler's app from their respective marketplaces. The latter first threatened to ban the app unless Parler adhered to stipulated practices.

To build the utopian tech ecosystem that is free from those authorities where independent entities could broadcast whatever content the creators like without dependence on the grace of Silicon Valley players—well, this type of infrastructure doesn't exist right now, she pushed back. Sites like Gab are straining under the weight of the traffic that they are receiving, DePillis specified.

DePillis further tweeted that she's "[n]ot trying to tell anybody what to do, just explaining the potential consequences of various choices!"

She also suggested that de-listing the "War Room" podcast could "backfire by inflaming perceptions of censorship" and pushing Bannon and his base to "harder-to-track places where there are no limits on content."

Even if his podcast was kicked off of Apple's directory or dumped by Podbean, the exile might fuel the argument that Big Tech over polices conservatives. "Plenty of liberal-leaning shows aren't paragons of truth either, but they haven't been banned," DePillis conceded in her work.

Then DePillis argued that Bannon's podcast—which repeats assertions that the 2020 presidential election was stolen—falls into the category of "perceived grievances fueled by false narratives," the subject of Wednesday's national terrorism bulletin issued by the Department of Homeland Security, warning that anti-government militants may be emboldened in the "heightened threat environment across the United States" that federal officials believe "will persist" weeks after Inauguration Day.

"So it's a quandary," she concluded.