WATCH: Nicki Minaj asks 'what in the world scared y'all so much that it made you disable my f*cking Twitter?'

"You can't speak the fear of the mob attacking you! If that doesn't give you chills... You should be able to ask questions about anything you're putting inside your body." 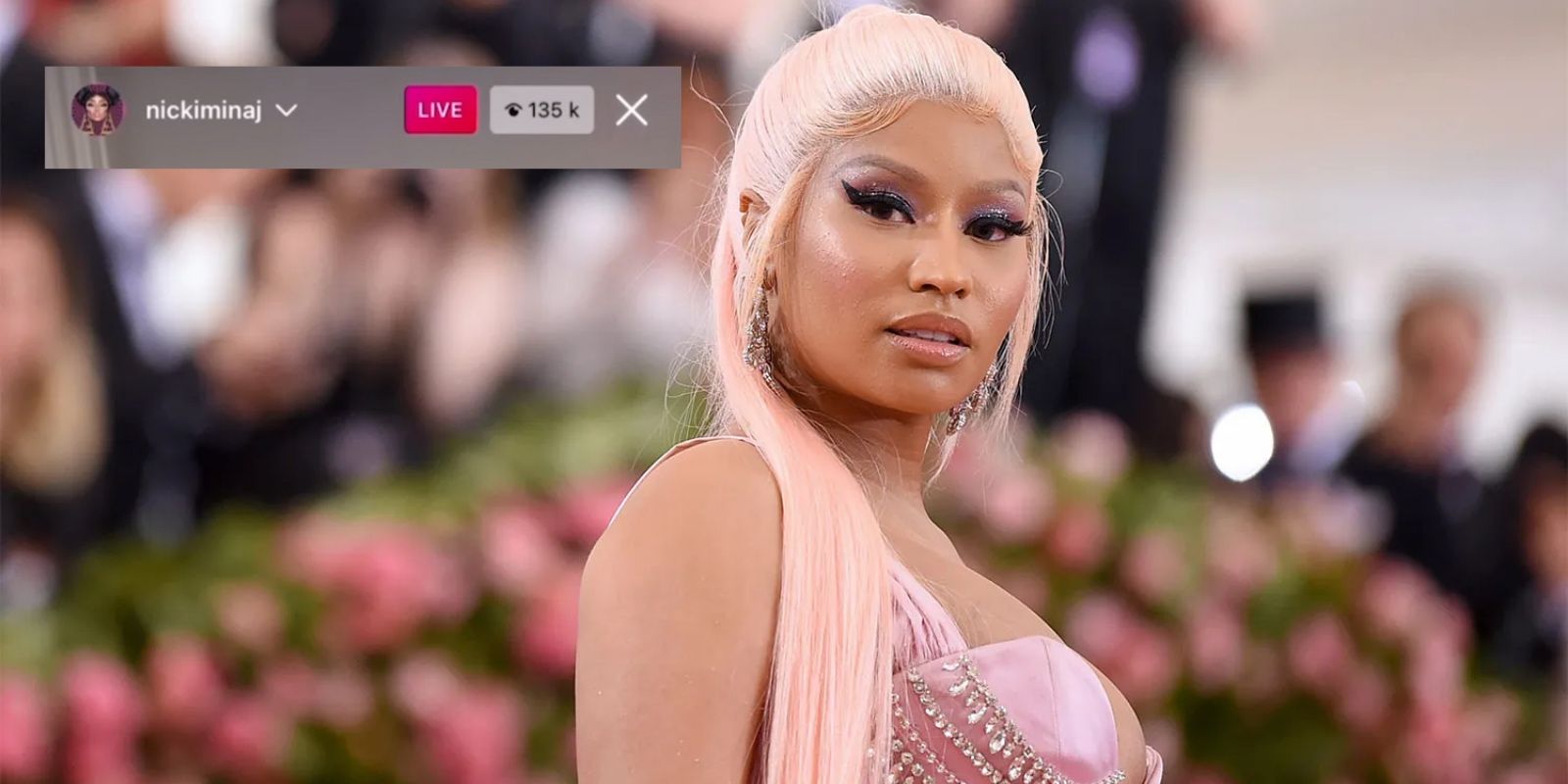 Nicki Minaj spoke out on a live stream on Wednesday to blast Twitter for suspending her, but also to put on notice those who deny her right to question authority, and the rights of people to make their own decisions about medical treatment. Minaj was praised by Tucker Carlson and Candace Owens, while being slammed and derided by Joy Reid and Dr. Anthony Fauci, a public health official.

"A place where people say the most horrific things every day," she said, "stop me from tweeting my poll. Okay. Now this one from being something rather innocent to me now thinking, 'wait a minute. There's no way this is starting to feel..."

"But now listen to this. You guys has something ever happened in your life, and you didn't really pay it much mine. Right? But then you slept on it. And then you realized there was something even more layered there. You had to unwrap it and unravel it right?" She said.

"And sometimes, something that was meaningless to you, when not that meaningful, becomes a gem when you go back and unravel it right. A lot of times lately I've had speaking freely because my documentary is coming and I'd rather you guys be able to experience everything the way I'd like you to experience it on the documentary," Minaj said.

"I'll never go back on Twitter because now it's starting to feel a little scary," she said in light of the recent controversy over her posts about her own vaccine hesitancy.

"I remember when I was when I was a little girl and I would be taken to church and sometimes the people in charge would tell us 'be happy that you're able to praise God freely because some people in so many countries in the world can't praise the God they'd like to praise freely they have to hide the Bibles if they if they are a Christian in some countries,' right. And that always motivated me to want to be in charge and enjoy charge because I was like wow, some people don't get this luxury," she said.

"And what's happening is that we used to talk about, 50 years ago and 30 years ago and 20 years ago, we have become that place that we don't—that you can't speak. You can't speak the fear of the mob attacking you! if that doesn't give you chills up and down your f*cking spine!" Minaj said.

"This is scary! You should be able to ask questions about anything you're putting inside your body. We ask a bunch of questions about about the most simple thing 'oh b*tch, how that glue work? Do that glue do that? 'Cause if I go in the pool and I sweat it off...?'" She said.

"But you can't just innocently ask a question about something going in your body? Do y'all realize that?" Minaj said.

"I remember going to China and they were telling us you know 'you cannot speak out against, you know, the people in power there, etc.' And I remember all of us thinking, 'okay, well, you know, we understand and we respect the laws here and you know that it's so different where we live.'

"But don't show see what's f*cking happening? Don't you see that we are living now in that time where people will turn their back on you, not only not agree, f*ck not agreeing. But people will isolate you if you simply speak and ask a question. Y'all won't see what the f*ck is happening?" She said.

"Now, I'm gonna lie. I had a lot of fun yesterday and a lot of laughs. But black women, are y'all forgetting there was a time ,not too long ago, where you couldn't even make eye contact with people? And you're okay with what's happening?

"We're no longer even allowed, just allowed to voice our opinions, or to ask questions? Now here's what's interesting: What's interesting is, so many of your favorite artists feel this way. But they're afraid to speak up. And I can't blame them. Look at what they just did.

"Do y'all realize how many men are embarrassed to even speak on things that have to do with their health? Do you know how many men especially black men don't go to the doctor and are afraid to tell their own wives that they may be having pain? Or they may be feeling, you know, not so well.

"And this is a joke? And Twitter can just wake they crusty ass up and stop me from from from asking questions? But y'all y'all hanging out with rappers? I don't know. I mean, it's interesting.

"I want you guys to find a way if I if I, you know, I told you I got a request to go to the White House, which I thought was really dope.

"I'm not gonna say I haven't been enjoying some of the laughs that I've had from this. It's a lot of it has been funny. Not gonna lie. But this man is not alone. You know, there are tons of things that that men won't really speak on things the way you know, as women we speak on anything. We bust our vaginas open and show each other our vaginas. I'm like, 'yeah, girl, yeah,' 'cause...' Like, men aren't like that, you know? And so to make a huge joke, right? About something that really did happen to someone? That's one thing. But then to stop a person from—

"So what it's making me think now is that there's something bigger to it. You know, like when I kept on seeing all these people with all these conspiracy theories, I would be like, 'oh, what? Please,' you know. But what in the world scared y'all so much that it made you disable my f*cking Twitter?

She read from the chat in the stream, saying "Someone said it took Trump four years to have his Twitter disabled I guess, but it took us three days. Yeah, not even three days.

"But listen to me, please, open your f*cking eyes. Open your eyes. That's all."

The controversy began when Minaj posted her reasons for not attending the annual, star-studded Met Gala, at which New York Rep. Alexandria Ocasio-Cortez made waves for wearing a pricey gown emblazoned with the words "tax the rich."

Minaj had said that in addition to not wanting to leave her baby at home, she had not yet met the Met's vaccination requirements. She explained that she was not ready to be vaccinated, was engaged in her own research on the matter, and relayed an anecdote about vaccine side-effects that gave her pause.