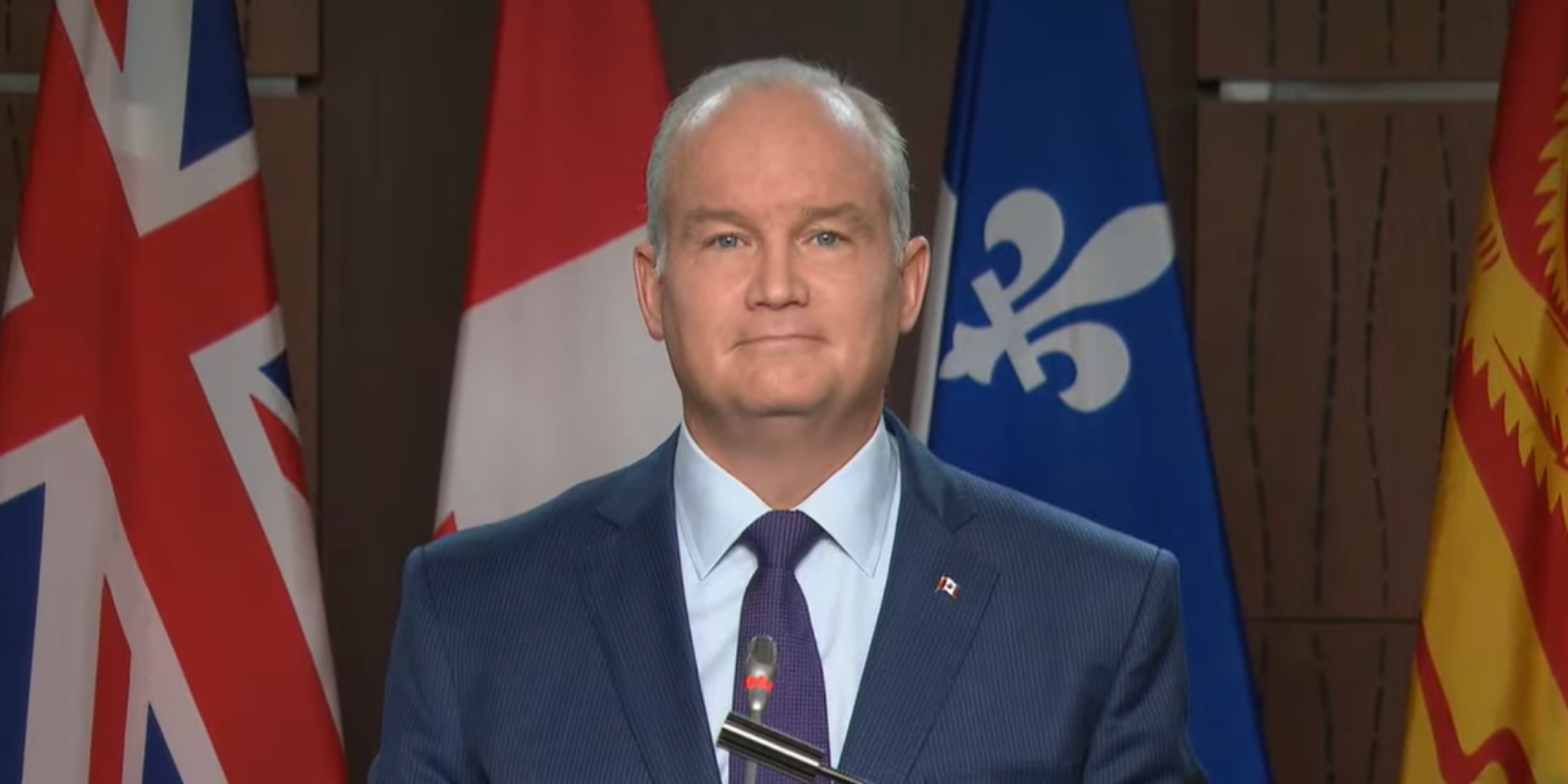 Conservative Party Leader Erin O'Toole held a press conference on Monday to discuss the cost of living in Canada, but was met mostly with questions from media regarding the trucker convoy that is en route to Ottawa.

"We've been talking to the Canadian Trucking Alliance for several months.. we've proposed policies to help alleviate that, the most important of which is vaccines," said O'Toole, who urged Canadians to get their vaccines and booster doses.

"How can we use those tools alongside the other tools to make sure that we don't see shortages on grocery store shelves.

"Here's the reality: When there's a shortage of products, the costs go up, and Canadians are already, 60 percent, worried about paying their grocery bill, so we can't have policies that make that worse. And we can't raise taxes... So that's what we've been advocating for responsibly the last few months... Is to try to tackle to supply chain crisis, encourage vaccination, not ignore problems and divide the country like Mr. Trudeau does.

O'Toole said that he supported getting as many people vaccinated as possible, including truckers. "I probably encourage vaccination more than, maybe, any Canadian," said O'Toole.

"I've also said there's going to be rapid tests and a range of [tools] to tackle real issues," he continued.

O'Toole said that "we can advocate for vaccines but also advocate for people to not lose their house or livelihood, if we can come up with a way to tackle the supply chain crisis in a way that's practical."

"Let me be perfectly clear... It's not for the leader of the opposition to attend a protest on the Hill or a convoy. It's up to politicians to come up with solutions... in a way that's responsible and respectful of the public health crisis that we're in."