WATCH: Doug Mastriano says Dem opponent in PA governor's race 'is a disaster' and a 'coward' 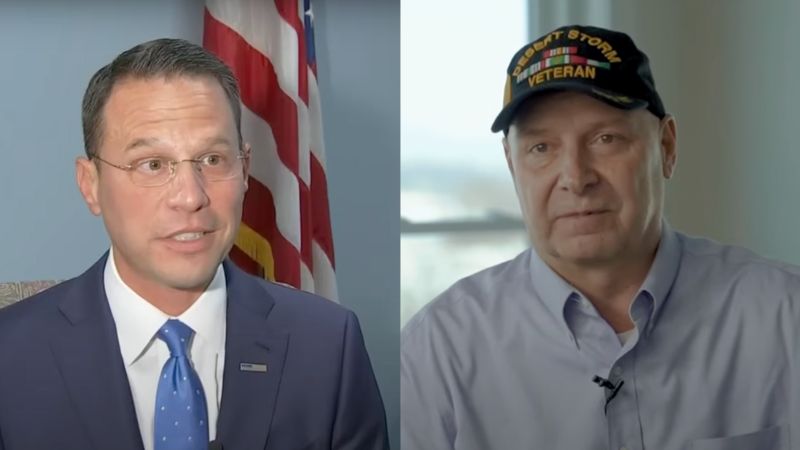 Joshua Young Youngsville North Carolina
Sep 23, 2022 minute read
ADVERTISEMENT
ADVERTISEMENT
On Thursday night, the Republican nominee for governor in Pennsylvania, Doug Mastriano, appeared on The Ingraham Angle and told the host that his opponent, Democratic candidate Josh Shapiro, was a "coward" for not debating him.

"He's a coward and he's dodging just like the Democrat candidate is down in Maryland against my friend Dan Cox, just like they won't debate in Arizona," Mastriano said, citing other gubernatorial races where the Democratic nominee has ducked debates with the GOP.

Ingraham noted that her team had reached out to Shapiro but the current Pennsylvania Attorney General claimed Mastriano wanted to pick his own moderator and decided to "blow up" the negotiations. Mastriano responded, "I even offered Stephen Douglas and Abraham Lincoln style debate. We just go back and forth. He refuses to debate and he's finding every pretense as a coward."

The GOP gubernatorial nominee noted that Josh Shapiro has been Pennsylvania's Attorney General for six years and in that time crime has gone up 37 percent. Mastriano listed some of the crime statistics, such as in Philadelphia "We've had 946 carjackings or attempted carjackings."

"We're pushing 600 homicides this year," Mastriano continued, noting state wide statistics. "I mean, everything's a disaster instead of him doing his job."

"He sued to keep businesses shut down. Instead of taking care of kids and watching crime and prosecuting sex trafficking, which is just ridiculously high in Pennsylvania. He's sued to keep masks on kids last year," Mastriano said, noting some of Shapiro's Covid policies.

Mastriano even noted how Shapiro sued the Catholic charity, Little Sisters of the Poor, over a contraceptive mandate.
ADVERTISEMENT
ADVERTISEMENT
MastrianoVShapiro