Democrat nominee Hobbs said she would not debate Lake but would do separate, 30 minute town hall style interviews. 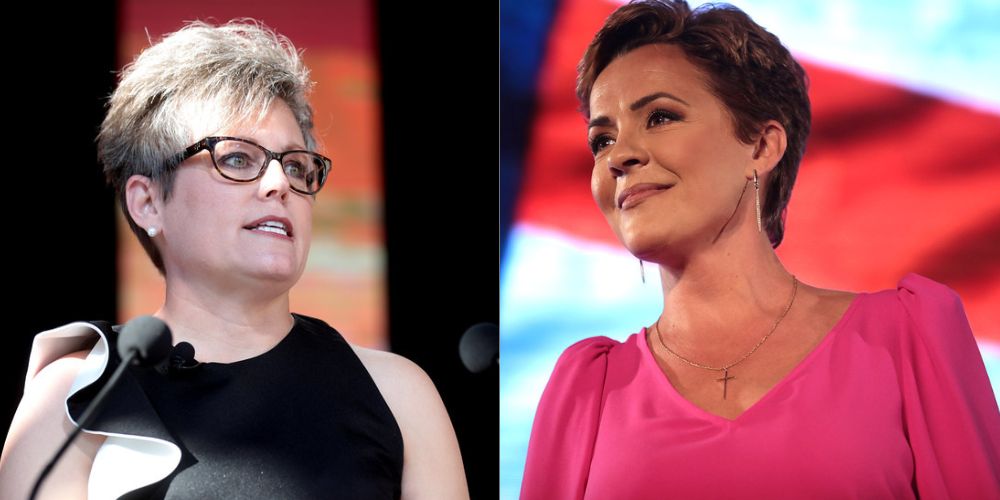 Democratic nominee for Arizona governor, Katie Hobbs, does not want to debate Republican Kari Lake before the November election, instead Hobbs said the two could participate in a separate "thirty minute town hall-style interview."

Arizona gubernatorial candidate Kari Lake won the GOP primary on August 4 to  face off against Democrat rival Katie Hobbs in the general gubernatorial election. Lake, a former local news anchor and Trump endorsed candidate, has gained favor in the GOP for many of her policies, including very tough stances on Biden's border crisis and her staunch defense of parental rights.

According to the Associated Press, the Arizona debates are run by the nonpartisan Citizens Clean Elections Commission who has operated the debates in the state for years. Lake agreed to the rules for a televised debate with Hobbs weeks ago.

Hobbs, the current secretary of state for Arizona, became mired in negotiations on rules and boundaries over the debate, which has stayed the same format over multiple election cycles.

The Hobbs team pointed to the GOP primary debate, saying it was too "raucous." After a back and forth with Clean Elections, the nonpartisan group eventually gave the Hobbs team a 5 pm Friday deadline to make a decision.

In a letter the Hobbs team replied, "Each candidate conducts a separate thirty minute town hall-style interview with Ted Simons, which could appear back-to-back in the same hour."

Ted Simons is the host of Arizona Horizon, the nightly public affairs show on PBS Arizona, and the debate moderator.

While doing a podcast on Friday, Lake said, "I’ll follow any of the rules you want, just show up and debate me, and so far she has not agreed to that. She’s a coward."