Poilievre's views are the exact opposite of Prime Minister Justin Trudeau's, who on Wednesday, disparaged participants. 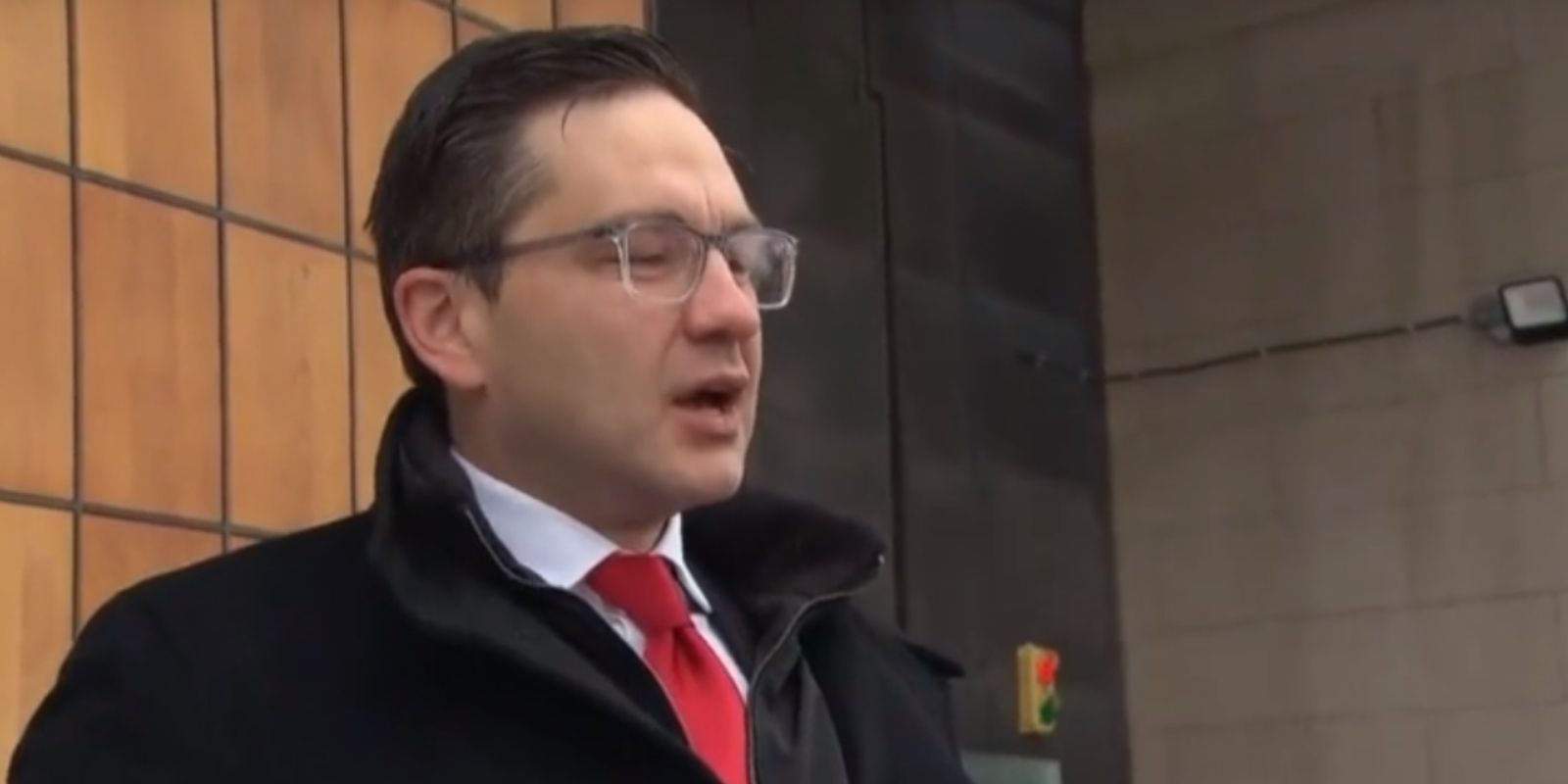 Conservative Finance Critic Pierre Poilievre was asked by press on Thursday what his thoughts were of the "extreme elements" trying to latch on to the truck convoy, after reports that members of the convoy hold "far-right" views.

Poilievre said that he found it "interesting" that when there's a left-wing protest on Parliament Hill, "we don't see the liberal media going through every single name of the people who attend to try and find one person that they can disparage the whole group with."

Poilievre compared the accusations to those of systemic racism within the CBC.

"The CBC, for example, has been accused by its own employees of systemic racism. And yet, you don't see the media here generalize that everyone that works at the CBC is a racist."

Poilievre said that large groups are "bound to have" members who say unacceptable things, and that "they should be individually responsible for the things they say and do."

He continued: "But that doesn't mean we disparage the thousands of hard-working, law-abiding and peaceful truckers, who quite frankly have kept all of you alive for the last two years by filling your grocery shelves with the food that you eat and filling your homes with the products you rely upon."

"So, I think that it's possible to hold individually responsible anyone who says or does anything unacceptable, while showing support for the hardworking, law-abiding peace-loving truckers who are fighting for their freedom and their livelihoods, and on whom we have depended for our very existence over the last two years."

Poilievre's views are the exact opposite of Prime Minister Justin Trudeau's, who on Wednesday disparaged participants.

"The small fringe minority of people who are on their way to Ottawa are holding unacceptable views that they're expressing, do not represent the views of Canadians who have been there for each other who know that following the science and stepping up to protect each other is the best way to continue to ensure our freedoms, rights, and values as a country," Trudeau said.

Trudeau has previously called those opposed to vaccine mandates sexists and racists, saying that "We have to make a choice, as a leader, as a country. Do we tolerate these people? Because over 80 percent of people have already done their part."

The convoy is set to arrive in Ottawa this weekend.