Sen. Ted Cruz (R-TX) has introduced legislation on Friday, along with Sens. Mike Braun (R-IN) and Cynthia Lummis (R-WY), which would ban the federal government from being able to institute vaccine passports. 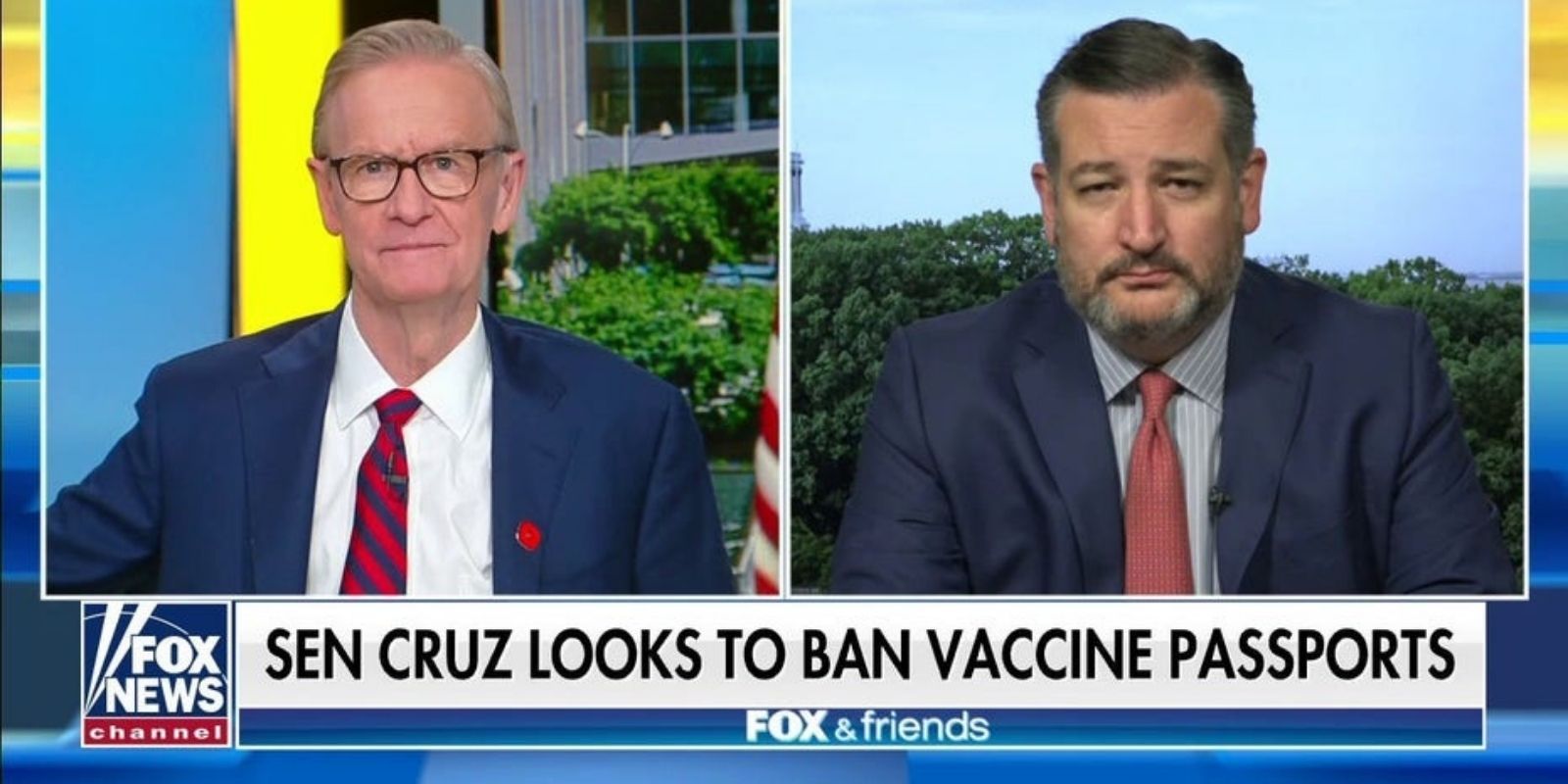 Sen. Ted Cruz (R-TX) has introduced legislation on Friday, along with Sens. Mike Braun (R-IN) and Cynthia Lummis (R-WY), which would ban the federal government from being able to institute vaccine passports.

The legislation would stop the Biden administration from establishing COVID-19 passports or working with third parties, such as airlines or other global entities. The bill imposes a five-year prohibition on any government vaccine mandate for vaccines first authorized by the FDA through an Emergency Use Authorization. As millions of Americans receive the COVID-19 vaccine, Texas and 11 other states have since passed legislation preventing statewide vaccine passport mandates.

"I think vaccines are terrific. I've had the vaccine myself. I think it's given us a lot of freedom," the Texas senator told Fox News host Steve Doocy. "But I think there's a real potential for government overreach, and I don't believe anyone should be forced to take the vaccine. It should be your personal choice. You should make the choice based on your health, based on the decisions you want."

"And so, I've introduced this week legislation that would number one, prohibit any federal 'vaccine passport,' prohibit the Biden administration from doing anything to mandate vaccines," the Republican senator continued.

"But it also prohibits discrimination in employment. We're seeing some places where employers are saying 'If you're not vaccinated, you're fired.' And that oughta be illegal. Your health decisions are yours to make, and it shouldn't be your boss, it shouldn't be the government, it shouldn't be anyone else forcing you to make those decisions," Cruz argued Friday on Fox & Friends.

".... This bill builds on existing civil rights laws, and it simply adds your health decision of whether or not to get this vaccine to the protected classes that cannot be discriminated against," Cruz declared on-air.

Cruz then went on to talk about another legislation to be introduced which would allow Americans to sue the Chinese government over the pandemic:

"We know the Chinese government was directly culpable for the cover-up...."

".... You look at the heroic Chinese whistleblowers, doctors, journalists, who, at the very beginning of this pandemic, spoke out. And the Chinese government arrested them, they disappeared them, they silenced them. And that played a major role in the spread of this pandemic globally," Cruz said on the origins of COVID-19.