"They will make sure that you vote," he said in Somali through a translator, "and then once they do that on the way back, ride home, they give you the money in the car." 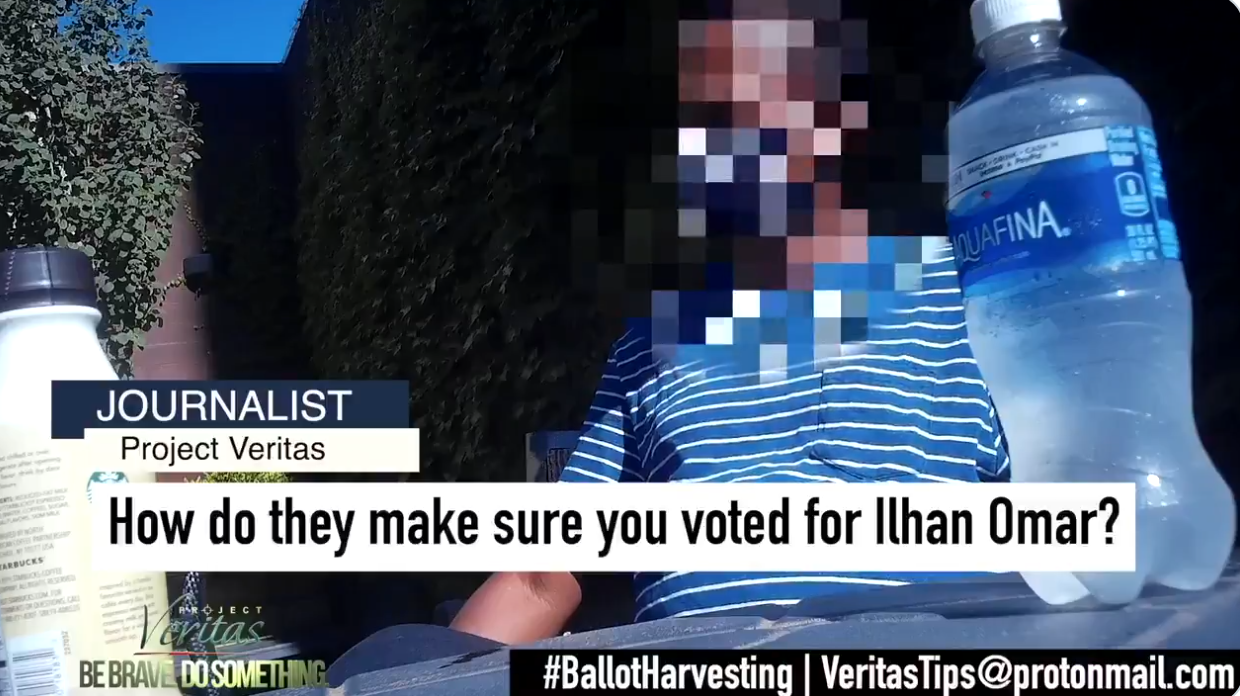 A Project Veritas journalist spoke to a Somali translator and a person who has explained how he was paid to vote for Omar.

"They will make sure that you vote," he said in Somali through a translator, "and then once they do that on the way back, ride home, they give you the money in the car."

"How do they make sure you voted for Ilhan Omar?" Project Veritas asks.

"When the papers come, they mark her name. They help us at the voting booth. They allow an interpreter," the man says."

"At the voting booth they allow them to help you vote?"

"So they walk up to the booth with you and they vote with you," Project Veritas confirms."

"Yeah," he says through a translator. "Though we do not speak English, they enter the polling station and mark it (ballot) for us. They go inside with us and they actually help us. And they actually do that inside there."

"So, inside the booth, the person goes in and actually votes for you," Project Veritas confirms.

The man asks the translator what the journalist said. The translator asked "Do they enter the booth with you?" The man confirms this.

"So you never even get a chance to vote. Does, does he, he never really votes, it's the other person?"

"Yes, they help us and take us there," he said. "Yeah, they actually are the ones who vote, the people don't usually—yeah, they do the voting."

This is part of an ongoing, explosive investigation that has revealed dangerous and rampant voter fraud in Minneapolis for Ilhan Omar's campaign.