"I just want to let American people know that what’s going on in our school and in our country it's really a replay of the Cultural Revolution in China. I want people to see there's similarities and the similarities are terrifying." 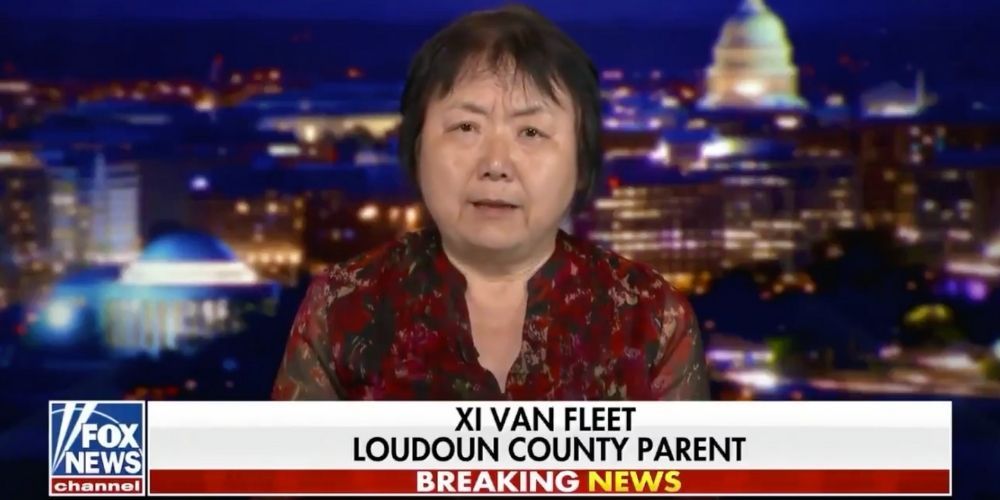 In the wake of a Virginia parent's comments at a school board meeting equating critical race theory to growing up in Mao's China, Xi Van Fleet spoke with Sean Hannity on Thursday night on the similarities she's drawn between the two.

Van Fleet was six when dictator Mao Zedong came into power and lived for 20 years under the communist revolutionary's regime. She called what's happening in the United States a "replay of the Cultural Revolution."

"You were six years old when the Cultural Revolution began in China, and you’ve spoken eloquently about what it was like in school, and posters hung in hallways, and teachers and students would attack each other for being ideologically impure. Can you explain what you experienced and the similarities you see?" asked Hannity.

"I just want to let American people know that what's going on in our school and in our country it's really a replay of the Cultural Revolution in China. I want people to see there's similarities and the similarities are terrifying," said Van Fleet.

"They use the same ideology, same methodology, even the same vocabulary and with the same goal. The ideology is cultural Marxism, and we were divided into groups as oppressor and oppressed. In here we use race, and there they used class. The people here who have a different view were labeled racist, but in the Cultural Revolution, the label is counterrevolutionary," she continued. "So it is a hat that fits all, and once the hat is on your head, your life is ruined."

Van Fleet said that cancel culture was similar to the way the Cultural Revolution "canceled" Chinese civilization that occurred prior to the Community regime.

"The methodology is also very similar. It's cancel culture. We basically cancelled the whole Chinese civilization pre-Communism. And we changed our school names, street names, store names. We changed even our personal names. My name is Xi, and I was named after the city I was born Xi'An. Xi means west. It also refers to the imperialism," said Van Fleet. "I wanted so bad to change my name because I wanted to be more Communist. I'm glad my parents convinced me not to."

Van Fleet said "wokeness" determined special benefits and promotions within the Mao regime. "And the vocabulary is even the same. Wokeness, and to be specific, we used class wokeness," said Van Fleet. "Your level of wokeness determined your chance to get promotion or to get benefit, and who decide your level of wokeness? It is the party leaders."

"You speak from real experience. You were six-years-old, but you lived 20 years under this oppression. It sounds like, out of the lessons you’ve learned under Mao and the revolution, you see this groupthink now appearing in America and you’re trying to warn Americans that you don’t want to go down this road," Hannity added. Hannity asked Fox News contributor and former Representative Jason Chaffetz if he saw the same similarities.

"I do see the similarities, but to hear it firsthand from Xi, I'm just proud of her for speaking up. I’m proud of her for doing it the American way and actually going out of her comfort zone and making an issue of this. So, on behalf of millions of people all across their country, Thank you for doing that," said Chaffetz.

"I just want to thank her for voicing what so many millions of people and parents know is happening, and we gotta change it," he added.

"What would your message be to Americans if they continue to go down this road?" Hannity asked Van Fleet. "I just want people to know that the freedom is fragile. We can lose it anytime if we don't defend it. There's a lot of Chinese-Americans who have the same experience and share my point of view, and I know that more and more people will step up and share their stories and tell the American people: 'Critical race theory is not anti-racism, it itself, is racist. It’s divisive, it’s destructive, and it is dangerous,'" said Van Fleet.

Van Fleet came into the spotlight after she issued a blistering condemnation of critical race theory teachings at a Loudon County school board meeting earlier this week.

"I've been very alarmed by what's going on in our school. You are now teaching…. training our children to be social justice warriors and to loathe our country and our history. Growing up in Mao's China all this seems very familiar," Van Fleet told the school board. "The Communist regime uses the same ‘critical theory’ to divide people, the only difference is that they use class instead of race. During the cultural revolution I witnessed students and teachers that can turn against each other. We change the school names to be politically correct, we were taught to denounce our heritage, the Red Guards destroy anything that is not Communist."

"We are also encouraged to report on each other just like the student equity ambassador program and bias reporting system. This is indeed the American version of the Chinese Communist… the Chinese culture revolution. The critical race theory has its roots in cultural Marxism, it should have no place in our schools," Van Fleet continued.