WATCH: Parent who grew up in Mao's China says it's happening in America now

"The Communist regime uses the same ‘critical theory’ to divide people, the only difference is that they use class instead of race." 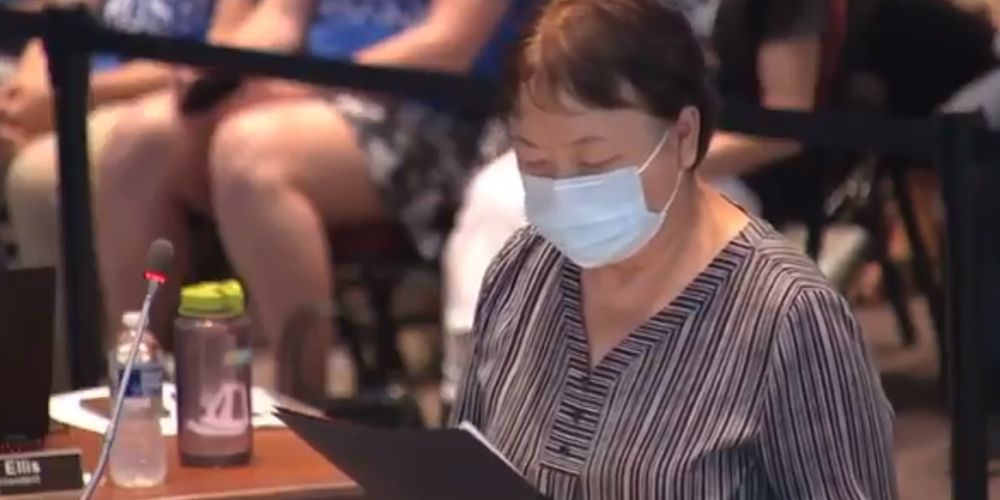 Loudon County, Virginia's school system became a battleground last month. But the parents in the area have a different way of fighting back, compared to the NYC schools having billboard protest vans show up in front of their buildings.

It was just yesterday that gym teacher Tanner Cross was reinstated after being suspended over his refusal to use “preferred pronouns.”

But that move had to be fought for. As through the month of May the parents of students took on Loudon’s school board to push back against CRT being taught to children. One of the things that they were pushing back against was the school district’s snitching system where they provided a form for students to report “bias” anonymously.

Something not exactly guaranteed to unify the school community.

One parent who has experience in seeing the enactment of Marxism, having grown up in Communist China, addressed the Loudon school board.

“I’ve been very alarmed by what’s going on in our school. You are now teaching…. training our children to be social justice warriors and to loathe our country and our history. Growing up in Mao’s China all this seems very familiar. The Communist regime uses the same ‘critical theory’ to divide people, the only difference is that they use class instead of race. During the cultural revolution I witnessed students and teachers that can turn against each other. We change the school names to be politically correct, we were taught to denounce our heritage, the Red Guards destroy anything that is not Communist.”

“We are also encouraged to report on each other just like the student equity ambassador program and bias reporting system. This is indeed the American version of the Chinese Communist… the Chinese culture revolution. The critical race theory has its roots in cultural Marxism, it should have no place in our schools.”

The notion that CRT is grounded in Marxism has been confirmed before by at least one professor. However the founders of Black Lives Matter chose to hide that fact from the general public, and a commander in America’s Space Force was relieved of duty for bringing attention to the encroachment of Marxism in the United States military policy.