"So many people are dissatisfied. Nothing really seems to be going right in the country. You have Biden's really horrible speech with his blood-red background… speaking in front of Independence Hall, I found it really troubling and I think a lot of people did." 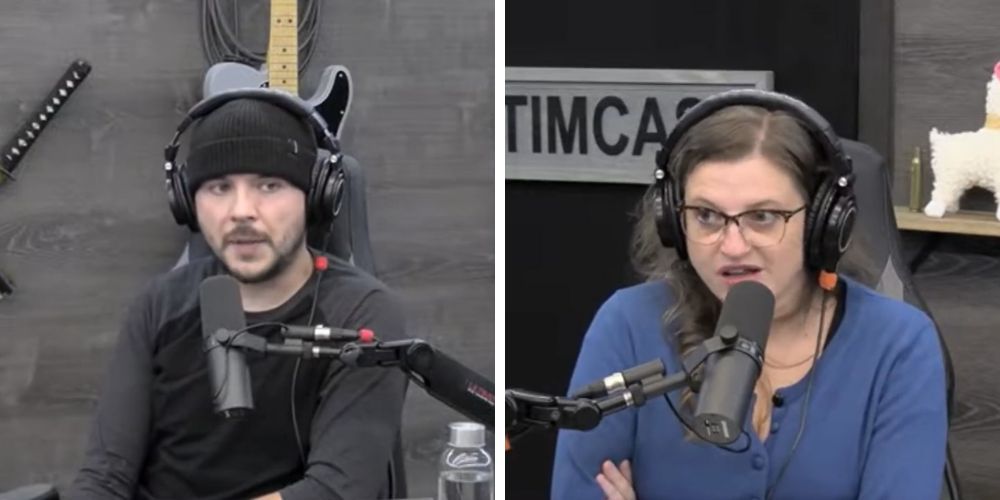 Emmons said regarding the Biden administration and the current state of the US, “so many people are dissatisfied. Nothing really seems to be going right in the country. You have Biden's really horrible speech with his blood-red background… speaking in front of Independence Hall, I found it really troubling and I think a lot of people did.”

“I talked to Democrats who also found it troubling for different reasons,” Emmons added regarding Biden’s polarizing speech earlier this month, “but believed that it would be effective for, you know, Democrats to be motivated to go vote. And I think it was to a certain extent, motivating for them. The GOP I think, really should lean into the issues that Americans care about.”

Emmons added that she was encouraged during the unveiling of the Republican Commitment to America Plan to see House Minority Leader Kevin McCarthy “starting to unite a little bit with the ‘New Right.’ He had MTG
[Marjorie Taylor Greene] sitting right behind him, in a pink blazer. I was really glad to see her there.”

“She's someone who initially I was like, ‘I'm not so sure,’ and I've really come to have a lot of respect for her. I like her a lot. So, I liked to see that. I like to see them being a little more unified, but I think they have to lean more into the ‘New Right’ stuff rather than the establishment stuff.”

The conversation with Pool pivoted to government overreach during the pandemic to which Emmons said, “I think a lot of it was not people giving the authority, but having the authority taken and us just looking at it like, ‘Oh my goodness, they're doing this, they're taking this.’”

“I think that we were relatively complacent about the luxury of our lifestyles, about our ability to move and exist freely, say what we think, seek the medical treatment that we think is appropriate," Emmons continued. “I think that a lot of us, I know that I was despite everything, sort of shocked to see how the government just came in and obliterated our rights and just completely took them away and started lying to us about everything.”

“Stay in your homes, don't go to work. You're massively germy, except if you're protesting black trans lives in front of the Brooklyn Museum, then it's fine. And it was just so shocking to be lied to consistently and to be told that those lies.”

Emmons added, “And you're just standing there with your mouth wide open and shocked to be told this after here, you thought you were in a Democratic system with good values where we all agreed on the Bill of Rights just to have it squashed.”

“I don't think that we necessarily gave the authority to do all of this to the government. I think it was taken and we were stunned because we didn't expect it. And I think you can look at that in a number of areas of American life, including education.”

Emmons explained, “So I talk to a lot of people who are education activists, particularly conservatives and parents who realized only during the pandemic when school came home and it turned out to be trash, what was being done to our kids.”

“This indoctrination was already in there, it had been in there for years. It wasn't new. The only reason it's in the news now is because it has been realized. So, people trusted all of these systems, we trusted our institutions, we trusted our government to a large degree, only to find out that they were deceiving us successfully."

Pool steered the conversation to relabeling of terms by Democrats. “If they pass a law that says once a heartbeat is detected, you can't get an abortion, the media comes out and says ‘it’s not heartbeat.’”

Emmons responded, “That's what it's been with so many things. I feel like we should have a running glossary of words that have been changed to suit the Biden administration. From heartbeat to recession to vaccine efficacy.”

“We used to know what the words mean,” Emmons continued. “They keep being changed… they get a bunch of people to back it.”

“And then when you're standing over here, standing literally on the word… and they're telling you the words that you're standing on, have now been altered to suit their own political machinations, to suit their political needs, It's very disconcerting to look at it and say ‘I thought this word meant X and now it means something else to everybody else.’”
ADVERTISEMENT
ADVERTISEMENT
Untitled_design_-_2022-09-28T202336.275