This isn't the first time Trudeau's received a harsh reaction in London. Protestors appeared outside 10 Downing Street in London in March, where they could be heard chanting "f*ck Trudeau." 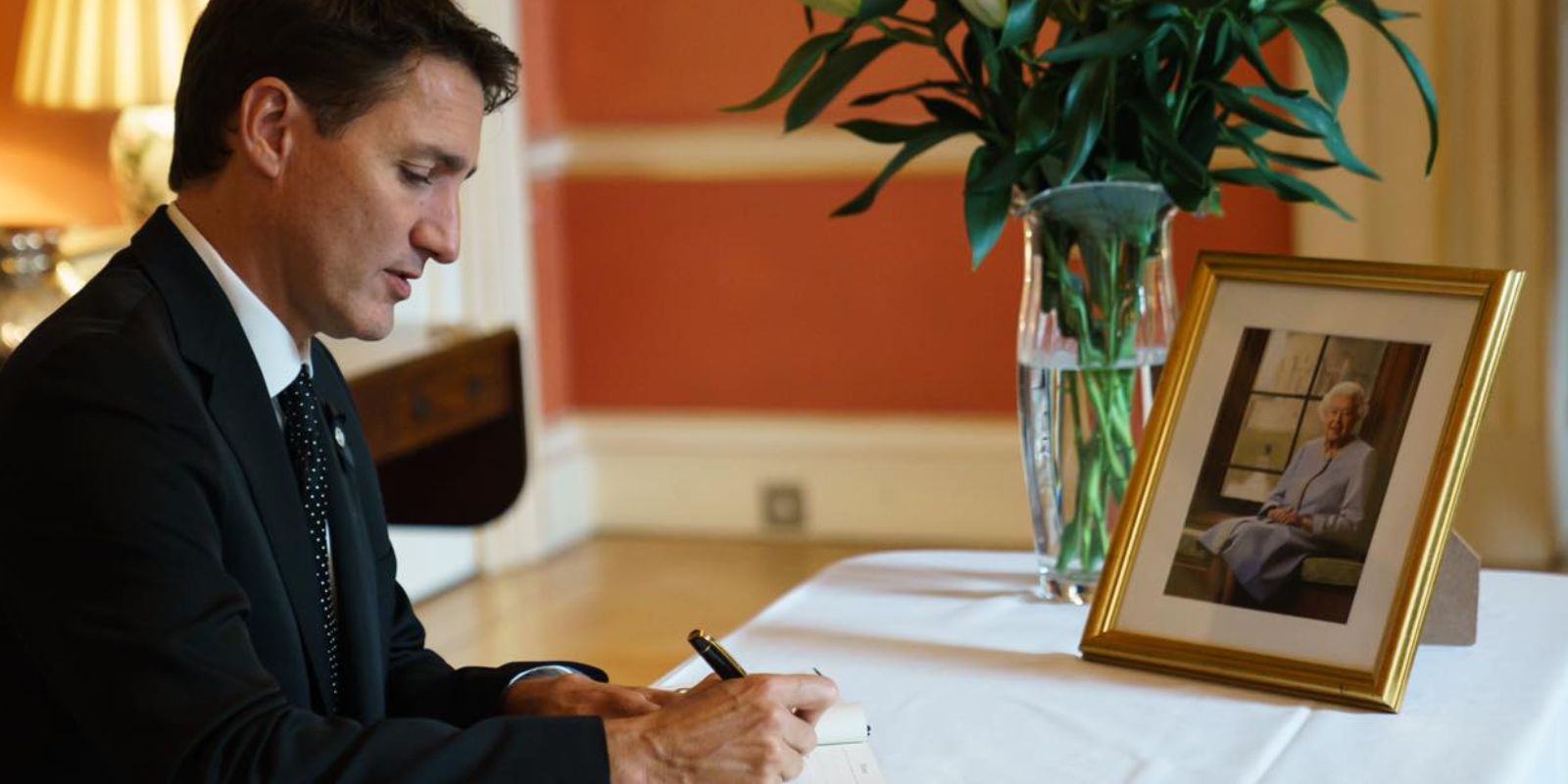 Roberto Wakerell-Cruz Montreal QC
Sep 19, 2022 minute read
ADVERTISEMENT
ADVERTISEMENT
Prime Minister Justin Trudeau was at the receiving end of groans and boos as he was escorted to his vehicle in London. Trudeau was in London on a visit to attend the state funeral of Her Majesty Queen Elizabeth II.

Trudeau was also caught on camera during his visit singing Bohemian Rhapsody. The Prime Minister's spokesperson released a statement, saying:  "After dinner on Saturday, Prime Minister joined a small gathering with members of the Canadian delegation, who have come together to pay tribute to the life and service of Her Majesty.

This isn't the first time Trudeau's received a harsh reaction in London. Protestors appeared outside 10 Downing Street in London in March, where they could be heard chanting "f*ck Trudeau."

Another protestor was seen holding a sign that read "Puppet Trudeau" with the other side reading "Free Tamara," referring to Tamara Lich, the Freedom Convoy organizer who had at that time been denied bail.