Instead of explaining why his Liberal colleagues hadn't been able to fix the problem during their seven years in power, Guilbeault placed the blame on the Liberals' favourite scapegoat, Stephen Harper. 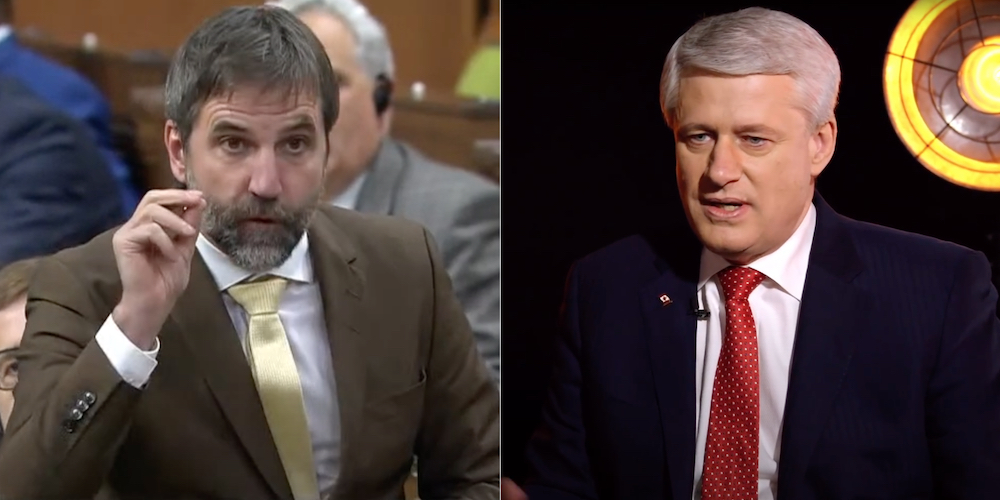 During Question Period on Tuesday, Liberal environment minister Steven Guilbeault lamented what he referred to as "energy poverty," in response to the opposition pointing out that Canadians are bracing for the winter months as they continue to deal with rising energy costs.

Instead of explaining why his Liberal colleagues hadn't been able to fix the problem during their seven years in power, Guilbeault placed the blame on the Liberals' favourite scapegoat, Stephen Harper, suggesting that nearly 10 years of Conservative leadership from 2006 to 2015 put the country in the position it's in now.

He called on Trudeau to cancel his proposed tax hikes on the aforementioned goods and services.

"It's interesting … that they would talk about energy poverty," Guilbeault replied, "because when they were in power, you know the first thing that they did? They cut energy efficiency projects for the lowest income Canadians."

"If there's energy poverty in this country," he concluded, "it's because the Conservative Party were in power for ten years."

After Jeneroux asked once again how the Trudeau Liberals will ensure Canadians can afford to heat their homes this winter, Deputy Prime Minister Chrystia Freeland jumped in to hawk the government's plan to "double the GST tax credit," which would give families an average of $500 in inflation relief.

Earlier in the session, Carleton MP and Conservative leader Pierre Poilievre excoriated the Liberals for ignoring calls to utilize Canadian energy in favour of foreign oil.

"I was beginning to think that OPEC was gonna give this prime minister an outstanding achievement award for all that he's done to promote foreign oil interests by blocking the fifteen proposed LNG projects that existed when he came to office."

"Now," he continued, "after the prime minister stood in the way of LNG Quebec and east coast LNG projects, Europe is totally dependent on Putin to keep the heat on this coming winter, funding that war."