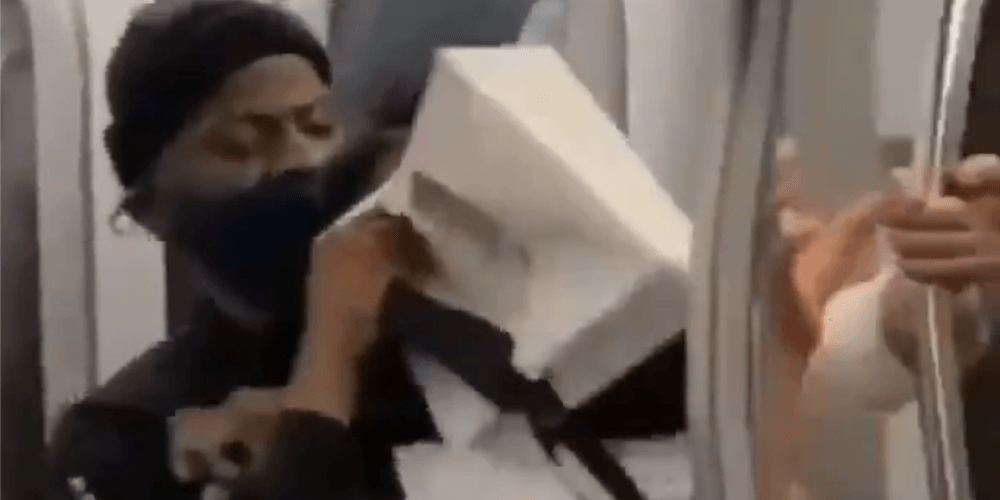 Fox News host Tucker Carlson slammed the CDC in a segment Tuesday night after the organization said it’s important to wear masks even after receiving the coronavirus vaccine. Carlson questioned the CDC for advising Americans to wear face masks if the vaccine is as effective as they claim it is.

The Fox News primetime host panned to a video clip of a CDC spokesperson who mentioned their recommendation of mask wearing for fully vaccinated individuals is to "protect" the unvaccinated.

Tucker attacked those wild claims and said it’s the CDC’s way to implement a prolonged requirement of mask mandates and to put the blame on the unvaccinated.

"Wearing masks is really to protect the unvaccinated? Oh, there you go. That's the answer," said Tucker. "It's just, as we guessed. The vaccine is now universally available. Everyone can get it, but because some people have chosen not to get the vaccine, the rest of us must continue to live as if we haven't gotten the vaccine either," Tucker continued.

"That's the reasoning. Because some people decide not to wear seatbelts, you can't drive," Tucker exclaimed. "That's just science. Got it. Thanks mom."

The host of Tucker Carlson Tonight went on to slam MSNBC host Joy Reid, who said in a segment on Monday that those who refuse to get the coronavirus vaccine should be charged with a felony. "So, how do we fix this problem?... Thankfully our media were on the scene with fresh ideas about how to solve that problem," said Tucker.

"Here's the race lady from MSNBC, finally putting her Harvard degree to work. It's simple. She said just charge people who don't get the vaccine with felonies," Tucker said while slamming the commentary from MSNBC host Joy Reid.

The host of The Reid Out on MSNBC blamed the "vaccine resistant Trump crowd" for the country’s hurdle to achieve herd immunity and said those individuals should be charged with "reckless endangerment."

"Now the vaccine resistant Trump crowd is becoming a problem for the rest of us," said Reid. "That's because the country is fast approaching a tipping point, when vaccine hesitancy will become the biggest hurdle to achieving herd immunity."

"So after a while so-called vaccine hesitancy might be better described as reckless endangerment," Reid continued.

Tucker mocked Reid over her wild claims and said whatever happened to the popular leftist talking point, 'my body my choice.'