"I think his staff does not have faith that he can stand at the podium and have a press conference the way President Trump did many times," McEnany said. 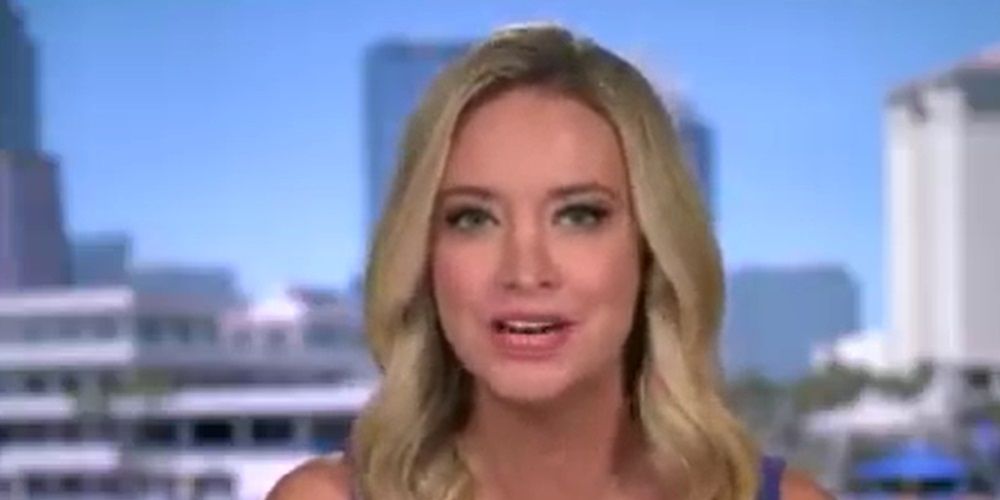 Former White House Press Secretary Kayleigh took to Fox Business on Monday morning to criticize President Joe Biden for not having appeared in a press conference in 44 days.

McEnany was asked if Biden will have to hold a new conference at some point.

"The pressure's mounting when you have even left wing outlets calling him out for this but I would say it's extraordinary that he hasn't taken questions, certainly 100 year record," McEnany noted.

"But this is not unprecedented... The basement strategy is what he employed on the campaign trail. He went something like 50 days and he only took questions twice and when he did they were hand-picked questions," she continued.

"I think his staff does not have faith that he can stand at the podium and have a press conference the way President Trump did many times."

White House Press Secretary Jen Psaki took questions on Friday as to why the president hasn't held a press conference, and basically she said that he's too busy.

A reporter asked Psaki point-blank, "Why the delay, and when can we expect the president to hold a press conference?"

Responded Psaki, not directly answering the question, "Well, first, as all of you know, the President takes questions several times a week. He took questions actually twice yesterday, which is an opportunity for the people covering the White House to ask him about whatever news is happening on any given day.

"We look forward to holding a full press conference in the coming weeks, before the end of the month, and we are working a setting a final date for that, and as soon as we do, we will let you all know.

"But, this president came in during a historic crisis, two historic crises: a pandemic like the country had not seen in decades and decades, and an economic downturn that left ten million people out of work.

"So I think the American people would certainly understand if his focus and his energy and his attention has been on ensuring we secure enough vaccines to vaccinate all Americans, which we will do by the end of May, and then .... pushing for a rescue plan that will provide direct checks to almost 160 million Americans.

"That's where his time, energy, his focus has been. But in the meantime, he takes questions multiple times a week, and looks forward to continuing to do that. And as soon as we have a press conference, we will let you know."

The reporter responded that the current format of President Biden "taking questions" is "not an ideal forum for us to be asking questions. He can't hear us at the time, we get maybe two questions and then we're shuffled out. So, why hasn't he answered questions from the press at his point? Is it just that he's too busy?"

Psaki responded by basically repeating what she already said.

McEnany stressed the point about Biden's staff allegedly making such decisions for him, stating that he said that he would be "happy to take questions if that's what [he] is supposed to do," paraphrasing Biden himself.

"I've seen him joust back and forth in one interaction with Peter Doocy and he seemed to kind of relish the moment a little," she recalled. "So I don't think it's President Biden saying 'I don't want to do this,' I think it's those around him recognizing when he does speak, it doesn't always turn out so well," pointing to his recent description of Texas Republicans as "Neanderthals."