“There will be some calls that we just absolutely don’t respond to from here on out,” Moses Lake Police Chief Kevin Fuhr said. 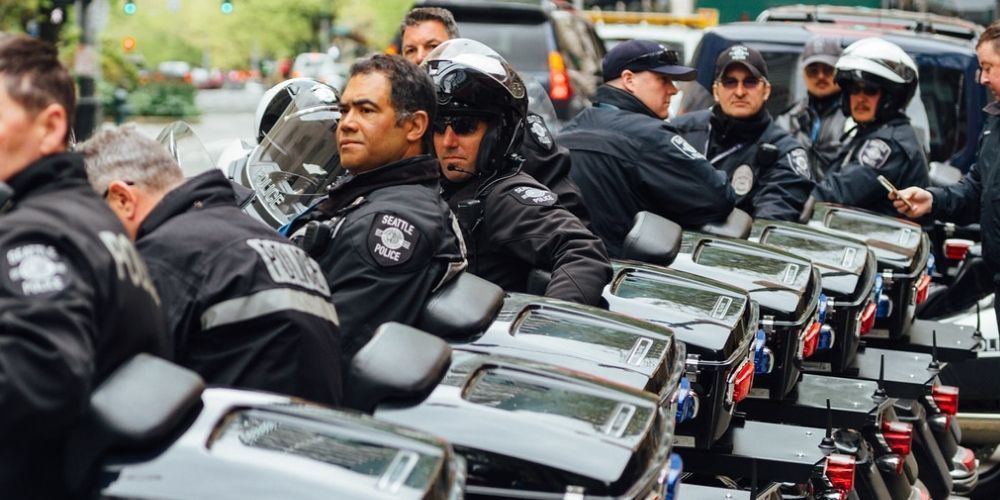 Washington state legislators passed a series of new police reform bills that went into effect on Sunday, the most noteworthy being HB 1310 where law enforcement officers can only make arrests on the grounds of "probable cause" instead of "reasonable suspicion," giving a green light for criminals to commit crimes without being held accountable.

Signed into law by Democratic Governor Jay Inslee without a vote from the people through ballot measures, HB 1310 also called the "use of force bill" drastically limits the way police officers respond to calls.

"It's going to change the level of service we give to our citizens. Not because we want to, but because we have to," Moses Lake Police Chief Fuhr said, according to Columbia Basin Herald.

"This is changing completely the way we've responded to some of these calls … and there will be some calls that we just absolutely don't respond to from here on out," Fuhr added.

While the rest of the country has witnessed the destruction of Seattle at the hands of failed progressive policies and anti-police bills, these new laws apply to all law enforcement agencies statewide.

The changes holster a direct impact on public safety as the new law reduces police interaction with criminals who fail to comply to direct orders from police officers.

According to Federal Way Police Chief Andy J. Hwang, an officer that witnesses an individual matching the description of a burglary or a shoplifter suspect walking away near the scene of the crime, at that specific moment an officer has "reasonable suspicion," but does not have "probable cause." Therefore they are no longer authorized to detain the individual if the suspect decides to run or escape.

To note, "probable cause" is a high standard of having enough facts, information, and/or evidence for a reasonable officer to believe that a person is more likely than not to have committed a crime.

Further sounding the alarm in a statement released by the Pierce County Sheriff's Office (PCSO), the department details the discomforting provisions which ultimately eliminates all police pursuits in the state of Washington.

"The largest impact for our residents will be the changes to our ability to pursue after a suspect who is fleeing in a vehicle. Law enforcement officers will only be able to engage in a pursuit if there is "probable cause" to arrest a person in the vehicle for committing a specified violent crime or sex offense such as murder, kidnapping, drive-by shootings, or rape."

Law enforcement officers are no longer allowed to pursue suspects that have committed property crimes which includes residential burglary, possession of a stolen vehicle, theft. They can also no longer pursue domestic violence incidents which includes domestic violence simple assault, violation of a no contact or protection order, and stalking, the statement details.

An example of the above changes provided by PCSO states, "Dispatchers receive a 911 call from a person who reports hearing screaming and loud noises from an apartment next door.  The caller reports that it sounds like the woman next door is being assaulted by her boyfriend, but is only able to provide a vague description of what the boyfriend looks like and does not know his name. As the first responding officer approaches the apartment, he sees a man running through the parking lot wearing clothing that is similar to the description provided in the 911 call."

Under the new law, "officers must let the man walk away from the scene until they can interview the victim and/or witnesses to determine with a high level of certainty that a crime has occurred and the person is a suspect in that crime."

Law enforcement officers can no longer pursue vehicles for traffic offenses other than the exception of vehicular assault, vehicular homicide, and driving under the influence (DUI). Officers are no longer allowed to force an individual to exit the vehicle and are unable to pat down suspects for weapons without their consent. Unless there is probable cause, officers cannot place suspects in handcuffs.

Another scenario issued by the Pierce County Sheriff's Department states, "Your family returns from a vacation to find a truck parked in the driveway of your home, and a person you do not know is loading stolen items from your house into the vehicle.  You call 911 and provide the dispatcher with a description of the suspect's truck as it drives out of your neighborhood with your belongings inside.  A police officer responding to your call for help sees a truck resembling the description speeding out of your neighborhood."

Under the new law, "the officer can still attempt to stop the vehicle, but cannot pursue after the fleeing vehicle for any law enforcement purposes/actions if the driver does not stop."

HB 1310 also creates a new police accountability board to hold officers accountable for "use of force,"meaning that officers will be forced to let criminals flee in order for them to escape political persecution in court, stripping victims and law-abiding citizens from seeing justice.

Another significant change to policing in the state of Washington affects the way officers' respond to mental health calls.

For example, before HB 1310 under "community caretaking," police officers were legally allowed to restrain individuals that were suffering from mental health episodes in order to send them to a hospital for evaluation.

However, under the new law, officers are prohibited from restraining said individuals on grounds of involuntary treatment. The new law directs law enforcement officers to "leave the area" unless they have committed a crime or are an imminent threat to themselves or someone else.

"The unfortunate thing is, I think of the person who’s in mental health crisis in a family member's home, (and the) family member calls us, and our response is going to be, 'I'm sorry, it's not a crime. We can't respond,'" Moses Lake Police Chief detailed in a recent meeting with Washington Association of Sheriffs & Police Chiefs (WASPC), as well as the Washington Cities Insurance Authority (WCIA).

The new police reform laws went into effect as Washington state continues to experience a significant increase in violent crimes. On Sunday, there were five separate shootings and multiple homicides in Seattle alone.

Washington state also set a murder record last year as a direct result of defunded police departments. In 2020 there were 302 murders compared to 206 in 2019, an increase of 46.6 percent, according to recent data released by Washington Association of Sheriffs and Police Chiefs.

Washington state is already on track to surpass last years reported homicide rate and the new police reform laws will usher it in swiftly.