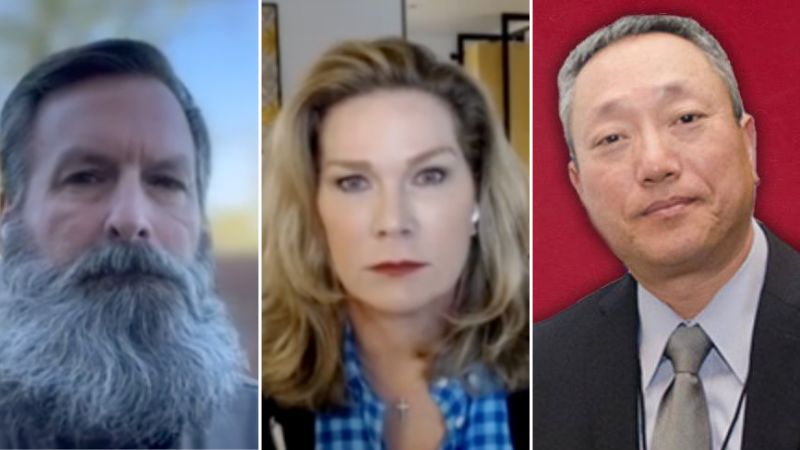 Last month, Grant Bradley, a former employee of the Michigan-based election data firm Konnech Inc, filed a whistleblower lawsuit against the company and its founder, disgraced CEO Eugene Yu, supporting the claims made by True the Vote leaders Catherine Engelbrecht and Gregg Phillips that Konnech transferred and stored the data of American poll workers on Chinese servers.

The Federalist reports that "According to the verified complaint, Konnech provides 'election logistic software' to 32 clients in North America, using 'developers, designers and coders' who 'are all Chinese nationals based out of Wuhan, China.'

Bradley filed the complaint in a Michigan state court last month and said he "witnessed customer’s data (specifically poll watcher information) being made accessible to foreign nationals from China."

When he brought the problem up to management, they told him "everyone was doing it," like big software companies Microsoft and Apple.

Konnech sued True the Vote in September of 2022 and said they made "baseless and racist" accusations against CEO Eugene Yu. Phillips and Engelbrecht had claimed that Yu was an agent of the Chinese Communist Party, and that the country had been using poll worker data to influence the 2020 election.

In his complaint, Bradley said he "began to investigate the extent of the information provided to the Chinese programmers by Defendants Yu and Konnech" after True the Vote started making their claims.

Bradley started looking for other work but was still at Konnech when Yu was arrested and charged by the Los Angeles district attorney for allegedly storing government data about American poll workers in China. LA officials reportedly received their initial tip regarding Yu from Phillips via an informant that Engelbrecht and Phillips knew of. The pair later testified that identifying the confidential informant would put his life at risk and were held in contempt for their protection of the informant.

Bradley alleged in his suit that he "was told by his supervisors not to speak with the police or cooperate in their investigation of Defendants Yu and Konnech’s activities," after Yu’s arrest.

Bradley "ignored the directive of his supervisors" and "asked to meet with the police on the day of the raid so that he could provide them with handwritten notes and other electronic evidence he believes further substantiates Defendants’ illegal activities."

Within days he was fired from Konnech by Yu, forming the foundation of his claim under the Michigan Whistleblowers’ Protection Act. He's also suing for wrongful termination.

Phillips and Engelbrecht were also released from jail in November 2022.

Speaking to Steve Bannon after their release Engelbrecht said, "We were put in prison because, one week before the midterms, we needed to be silenced."

Bradley's suit also brought into question the circumstances around Gascon's decision to drop the charges on Yu and the FBI's investigation of Konnech.
ADVERTISEMENT
ADVERTISEMENT
KonnechTruetheVote