"We know there are 9,000 unused and approved oil leases right now. That these oil companies could tap into and do more in." 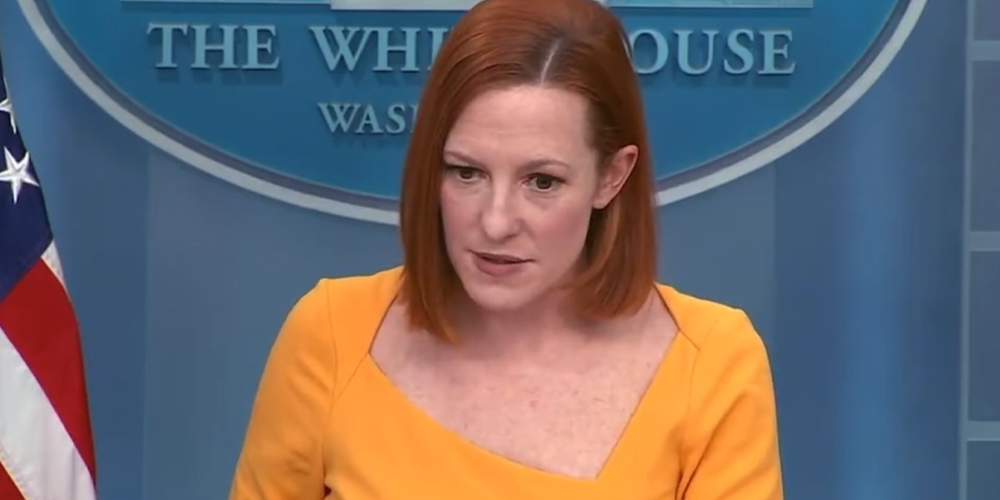 At Tuesday’s White House media briefing, press secretary Jen Psaki said again that US oil companies are to blame for a lack of energy production and the surging gas prices.

Bloomberg’s Jennifer Jacobs masked about Democrat Senator Joe Manchin’s public callout from last week in which he said that the Biden administration must strengthen their focus on domestic oil production by any means necessary.

"Well we’ve engaged with a range of members," Psaki began, "Democrats and Republicans (including Senator Manchin) about a range of ideas they have. That's why so many things are on the table. I would note that the use of the Defense Production Act, broadly speaking, would mean you're paying a company to do what they already have the capacity and the ability to do. We know there are 9,000 unused and approved oil leases right now. That these oil companies could tap into and do more in.

The Biden administration made similar claims last week, that oil companies were to blame for the higher cost in gas prices, claiming that because there are these as-yet untapped leases, oil companies should tap them instead. Upon coming into office in January 2021, Biden put a halt to new leases on federal lands for fossil fuel production.

Leaders from the fossil fuel industry rebuked the White House by laying out how Biden's focus on climate change, reducing fossil fuels, and boosting wind and solar power with a top down approach is the real cause for America's gas price hike.

The White House is working on it by looking at a "menu of options," Psaki said.

There have also been criticisms leveled at Biden for halting construction on the Keystone XL pipeline, which would have brought oil from Canada's oil sands in Alberta to the refineries in the Gulf of Mexico. The southern leg of the pipeline is already built, but environmental groups and Native American activists rallied for a stoppage on the northern leg's construction.

"In terms of the building of a pipeline, that does not sound like it’s an immediate solve for what we’re seeing right now as an increase of costs at the gas pump," Psaki told Bloomberg’s Jacobs.

Biden canceled the Keystone XL pipeline on his first day in office. The initial action taken back in January 2021 resurfaced late last month as the Russian invasion of Ukraine began in full, and it became clear that more North American oil, not less, would be better than relying on Russian imports.

At Monday’s briefing, the topic of oil production internationally was discussed as often as the Ukraine conflict in of itself. Psaki issued warnings to India if they ever choose to accept Russian oil, as well as Saudi Arabia if they accepted China’s yen to pay for oil instead of the US dollar. This would be a massive blow to the US economy.

"The Keystone pipeline was two years away," Biden argued last Friday. That would put the original timeline of completion by around this year’s November midterm elections in the United States, if Keystone went forward as planned.

Former workers who were laid off from the Keystone project told Fox News on Saturday: "Put us to work right now. And you will see not only the fuel prices go down, but you will see the price of everything else go down with it."