"There are 9,000 unused, approved drilling permits. So I would suggest you ask the oil companies why they're not using those if there's a desire to drill more." Jen Psaki said. 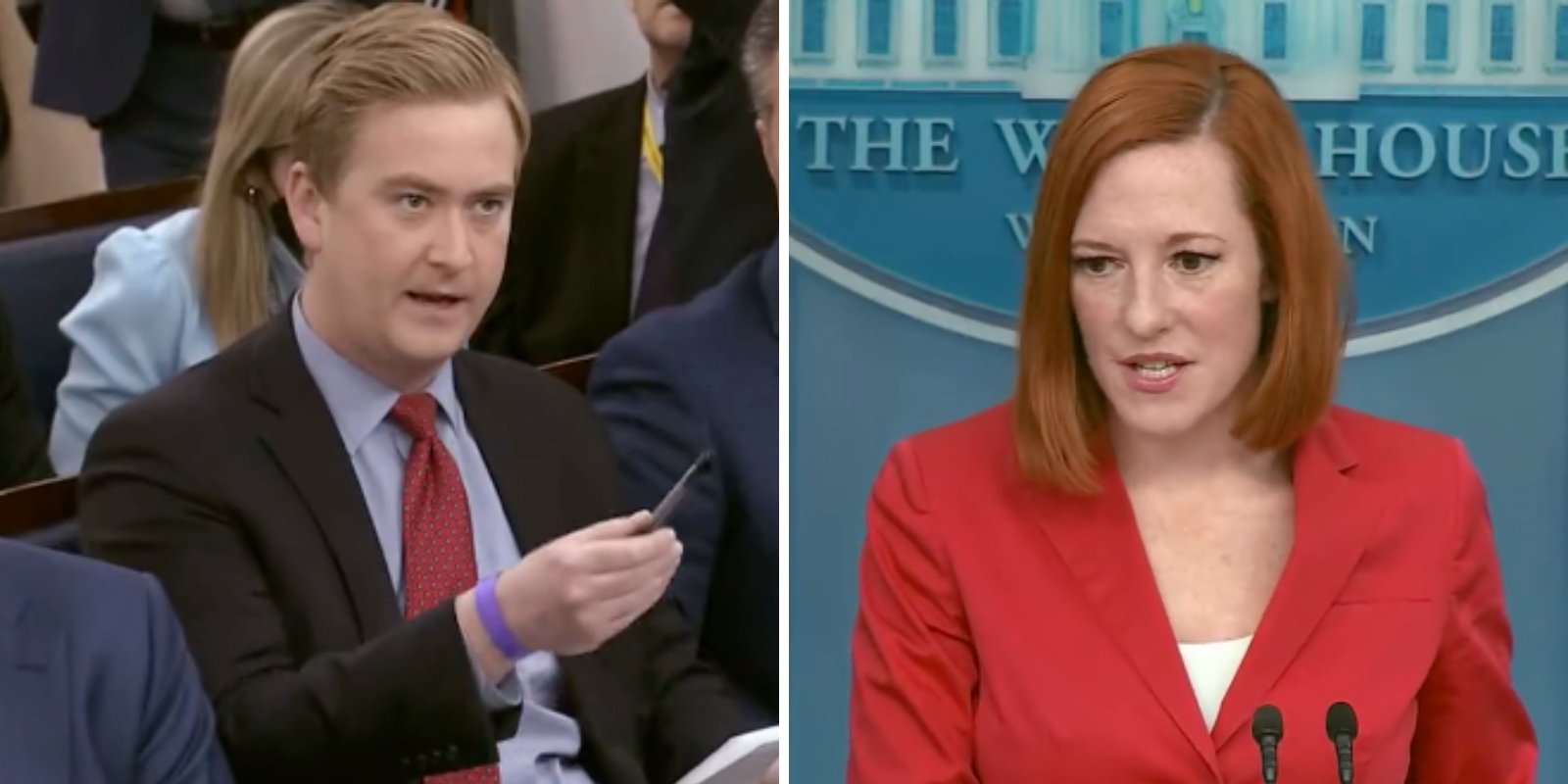 In a White House press briefing on Monday, Press Secretary Jen Psaki laid the blame for high gas prices, and for a lack of increase in US drilling at the feet of US oil producers.

"Well, I think there's no question that as we have seen an outside analysts have conveyed this as well," Psaki said, "the increase and the anticipated continued increase, which was I think was what some of your colleagues were asking about, that is a direct result of the invasion of Ukraine. And also there was an anticipation of that. That was, was factored in as gas prices have gone up."

"So you say that you're going to do everything you can to reduce the impacts that high gas prices have on Americans," Doocy asked. "We're asking other countries to think about maybe pumping more oil, why not just do it here?"

Doocy would not, saying that the federal government has "halted new oil and gas leases—" An executive order signed by President Biden shortly after taking office did "direct the Department of the Interior to pause new oil and natural gas leasing on public lands and offshore waters, concurrent with a comprehensive review of the federal oil and gas program."

"Let me give you the facts here, and I know that can be inconvenient, but I think they're important in this moment," Psaki said. To the contrary, we have been clear that in the short term supply must keep up with the demand. We are in here, and around the world, while we make the shift to a secure clean energy future. We are one of the largest producers with a strong domestic oil and gas industry. We have actually produced more oil at record numbers and we will continue to produce more oil. There are 9,000 approved drilling permits that are not being used. So the suggestion that we are not allowing companies to drill is inaccurate. The suggestion that that is what is hindering or preventing us prices to come down is inaccurate."

"90 percent of them happen on private lands," Psaki said, "as I'm sure you know, and there are 9,000 unused, approved drilling permits. So I would suggest you ask the oil companies why they're not using those if there's a desire to drill more."

"Will President Biden ever rescind his executive order that stopped the construction of the Keystone XL Pipeline?" Doocy asked. This, too, Biden signed only days into his new presidency. Pressure has mounted from politicians eager to see the pipeline restarted to bring oil from Canada to the US. Thousands of jobs were lost when construction on the pipeline was halted. Alberta's Premier Jason Kenney is very open to the idea of restarting that pipeline.

"Are you suggesting that would solve the gas prices issue?" Psaki said. She recently mocked the idea that reopening that pipeline could be an answer to energy woes.

"Well, do you think that that would maybe affect prices faster than getting the whole country off of fossil fuels?" Doocy asked.

"I actually don't think it would," Psaki said. "The Keystone was not an oil field. It's a pipeline. Also, the oil is continuing to flow in just through other means. So it actually would have nothing to do with the current supply imbalance." Oil travels via rail and freight truck.

"So gas prices are approaching an all-time high per gallon," Doocy asked. "How high would they have to get before President Biden would say, I'm gonna set aside my ambitious climate goals and just increase domestic oil production, get the producers to drill more here and we can address the fossil fuel future later."

"Well, again, Peter, the US produced more oil this past year than in President Trump's first year," Psaki said, as though slamming the previous president took blame from the current one. "Next year, according to the Department of Energy, we will produce more oil than ever before. Those are the facts in terms of oil production.

"And again right now there are 9,000 unused approved permits to drill onshore," she said, taking aim at the oil companies again. "So I think you're misidentifying what the actual issue is. But if we're looking to the future, and what, how, what we can do to prevent this from being a challenge in future crises, the best thing we can do is reduce our dependence on fossil fuels and foreign oil, because that will help us have a reliable source of energy so that we're not worried about gas prices going up because of the whims of a foreign dictator."

"You guys think that asking Saudi Arabia or Venezuela for Iran is reducing our dependence on foreign oil?" Doocy said, noting that this is exactly the White House's current plan, to ask those oil-rich nations to increase their production.

"That's actually, I just outlined each of those specific scenarios and the range of discussions that we're having with each of those countries," Psaki said. "I don't think anybody is advocating for Iran to continue acquiring a nuclear weapon, perhaps except for the former president, who put it pulled us out of the deal."