"For the sport of swimming, the inclusion of transgender people on the grounds of fairness cannot co-exist in the current competitive model." 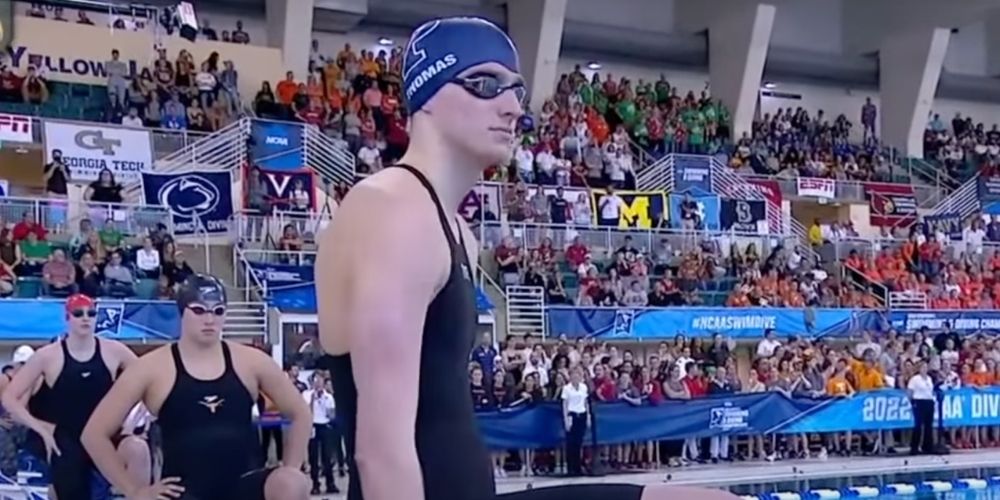 In a statement released earlier this month, the World Swimming Coaches Association (WSCA) laid out their proposal for Federation Internationale De Natation (FINA) in regards to addressing transgender swimmers, an issue that rose to prominence this winter in the case of UPenn swimmer Lia Thomas.

The board considered three options, ultimately going with option three to include in a statement that will be given to FINA, the federation recognized by the International Olympic Committee for administering international swimming competitions. This option creates a separate division for transgender swimmers, such as Thomas. This way, biological males would not be competing in women's events.

In their statement, the board stressed the importance of recognizing biological sex differences, and how those affect performance.

WSCA said that while the group "has an unequivocal agenda for the sport of swimming to be experienced in an environment where everyone can partake in the sport and where everyone is treated with both dignity and respect," the inclusion of biological men in female divisions "cannot be balanced with fairness due to the retained differences in strength, stamina and physique that are present when comparing the average female with the average transgender female/non-binary person who was assigned male at birth."

Their proposal states that a division for transgender athletes should be created, comparing it to the creation of separate men’s and women’s divisions, divisions by age groups, the Special Olympics, and the Paralympics.

Each was created with recognition that biological sex, age, and disabilities can affect how a person performs, and thus the athlete should be put into a division where they can fairly compete.

"There is an argument for needing to follow this path when advocating for our Trans athletes – to start with the question 'What is the biological difference?' If we do that, we could create a Trans Division, a Trans Meet, or even a Trans Games, but we would start small with a Trans Division," the statement read.

In this so-called Trans Division, transgender females will compete against each other, as will transgender males, the statement said. "This would also allow those of indeterminate gender to be factored into such a solution."

WSCA noted that "Categorization through birth sex remains to be the most useful and functional division relative to sporting performance. This categorization acknowledges the broad range of significant performance differences between the sexes. Hence, the sport of swimming should retain traditional sex categorization - in association with age and, where appropriate, disability – whilst finding a model of inclusion for transgender athletes."

"Competitive fairness cannot be reconciled with self-identification into the female category in a gender-affected sport such as swimming. The average differences in strength, stamina, and physique between the sexes is significant. Transgender females are, on average, likely to retain physical advantages listed above even if testosterone suppression is utilized," the statement later added.

"For the sport of swimming, the inclusion of transgender people on the grounds of fairness cannot co-exist in the current competitive model. Swimming should choose to offer competition in which the female category is protected for reasons of competitive fairness," the statement said.