Key election experts are projecting a sweep for Republican Glenn Youngkin in the governor's race in Virginia. 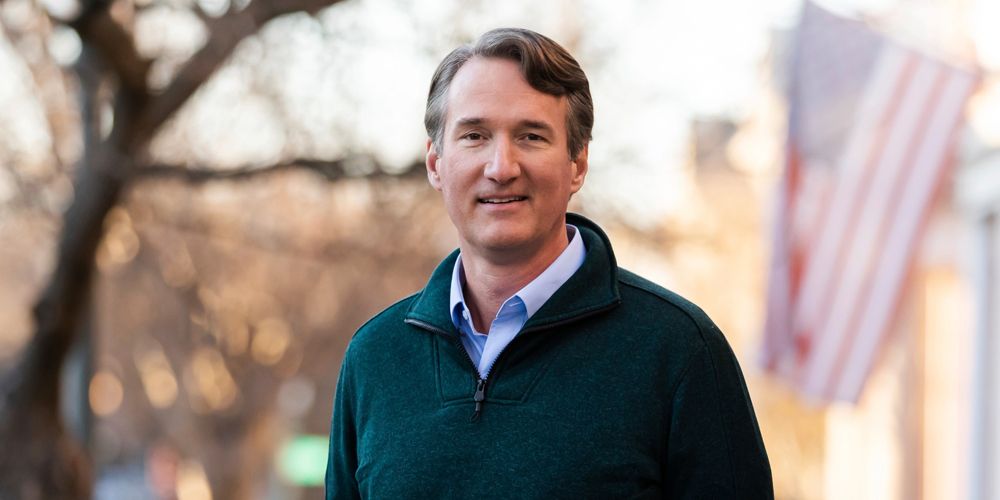 Republican Glenn Youngkin is the new Governor of Virginia. The race was called early Wednesday morning.

Hours before the polls closed, Biden predicted a Democrat victory for Terry McAuliffe. But was he right at the time? His reasoning played into the general belief that Virginia was increasingly a "blue" state.

Other major outlets have yet to call the race, but both Democrat and Republican commentators on social media are weighing heavily in favor of a Youngkin win.

The race of Virginia Governor has been described by many as unexpectedly close. Besides that, as WTOP points out, voters decided on the "lieutenant governor and attorney general, voters will also weigh in on the entire House of Delegates."

Local reporting says 20 percent of the electorate already voted by 11 am on Tuesday. When it came to early voting, 306,662 voted by absentee while 862,927 did early ballots in-person.

In an exit poll by Fox News, more believed that McAuliffe attacked Youngkin unfairly, in comparison to the vice versa. According to the results the top two issues on voters' minds were how schools handled their COVID rules, and the topic of critical race theory.

In the early morning hours, Matt Schlapp of CPAC tweeted out he was turned away from voting because he didn’t have a mask. That issue, according to Jenna Ellis, was handled by the Virginia Department of Elections at 12:06 pm EST.

"We have gotten several reports of voters either being turned away or being made to wait until the polling place is clear before being allowed to vote if they refuse to wear a mask. You may not turn voters away because they are not wearing masks," said an email from the Virginia Department of Elections Commissioner.

When it came to earlier projections on RealClearPolitics, Glenn Youngkin took the lead over Terry McAuliffe back on October 28th. By November 1st, the Republican had a 48.5 to his Democrat opponent’s 46.8.

FiveThirtyEight’s last-minute polling averages had Youngkin in a .9 percent lead (47.9) over Terry McAuliffe (47.0).

This evening an NBC exit poll showed a contrast between people who support Donald Trump (41/54) vs. Youngkin (53/44).

By comparison, McAuliffe’s spread (44/53) more closely resembled Trump’s ratings. This reflects the strategy run by the Democrat campaign to try and link Youngkin and Trump together. Politico said McAuliffe outright lied when saying Glenn was doing an event with Trump on Monday evening. That never happened.

Glenn Youngkin today tweeted out pictures of him shaking hands with people in Northern Virginia and urging people to vote.

Democrat Terry McAuliffe did much of the same in terms of telling people to get out and vote. The day included a final canvas across the Falls Church area, knocking on people’s doors.

McAuliffe retweeted statements from Kamala Harris and Stacey Abrams that explicitly said voters should vote Democrat "down the ballot." Whereas the message from former President Obama and President Biden focused on voter turnout in general.

Terry McAuliffe’s daughter was caught in front of the Lynchburg Republican City Committee building giving the middle-finger to a Youngkin sign.

With the final days of the campaign it came down to Terry McAuliffe complaining about the lack of diversity in the education system, with the confidence of parents shaken in regards to what their kids are being taught in schools.

In the last weekend of the race, there was a last-minute controversy. Five people dressed up in polo shirts and khaki pants carried tiki-torches for a photo-op in front of a Youngkin campaign bus. While members of Terry McAuliffe’s own campaign team passed off the event as if it was legitimate early on, by the end of the day the Lincoln Project confessed to staging it.

It was only after that did McAuliffe’s people disavow the episode.