"Our volunteer pilots provide free transportation to get people where they can get the care they need to live their best life," Elevated Access states. 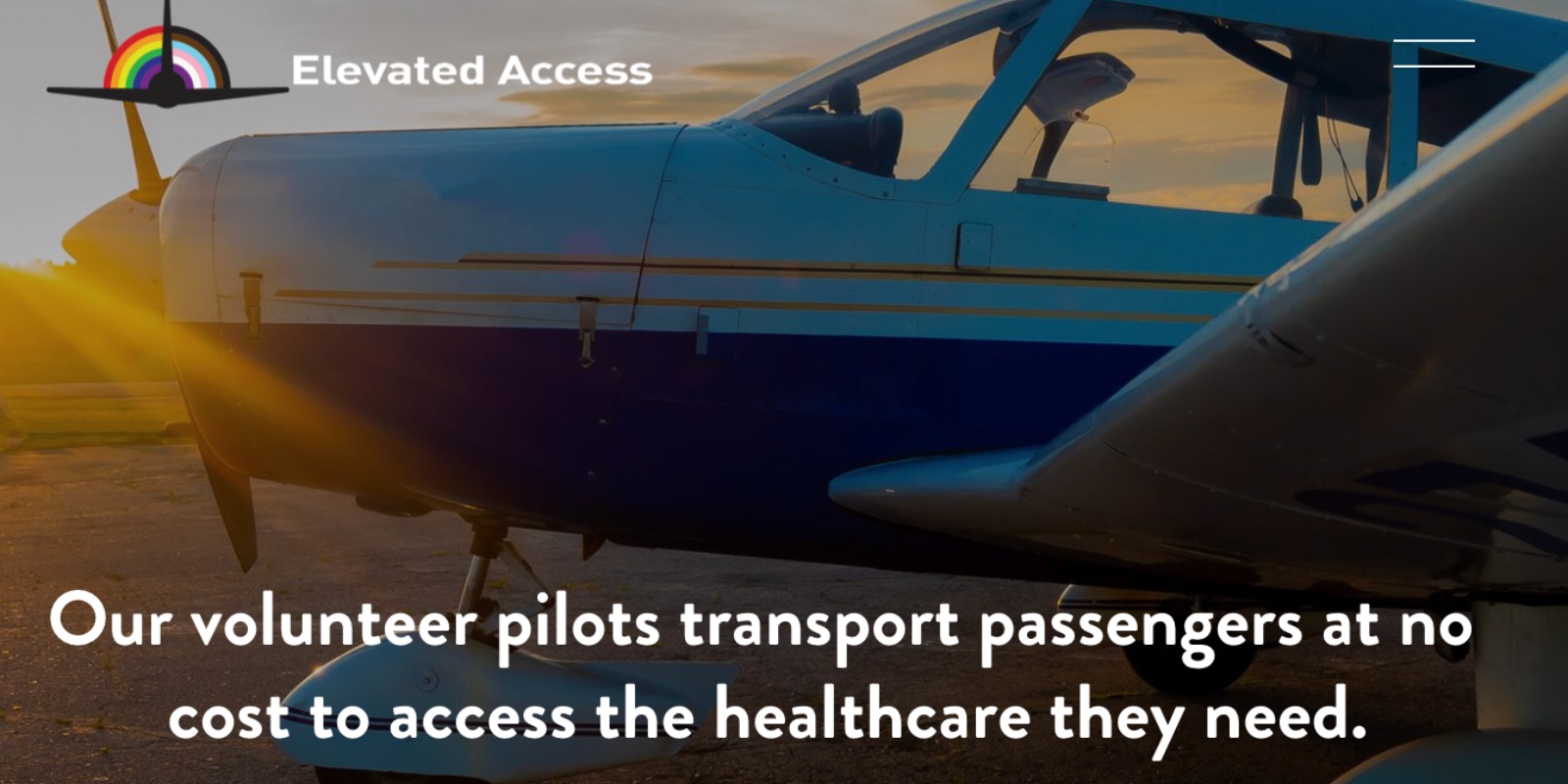 In the wake of the Supreme Court's ruling overturning Roe, a not-for-profit has sprung up to transport women seeking abortions and individuals looking for "gender affirming care" to states where they can get it. Elevated Access flew their first "client transport" on June 13, facilitated by the Midwest Action Coalition.

Termed the "abortion mile high club" by Abortion Access Front's Feminist Buzzkills podcast, Elevated Access states that the recognize "that not all people have access to the healthcare they need due to stigma in their community."

"Because we believe everyone deserves access to healthcare such as abortion and gender-affirming care," they write on their site, "our volunteer pilots provide free transportation to get people where they can get the care they need to live their best life." This, they determine, means facilitating travel for both pregnancy termination and medical gender transition.

Volunteer pilots, founder of Elevated Access executive director Mike Bonanza told Feminist Buzzkills, work with support organizations who then refer people to the service. And they don't ask any questions. In fact, they have "multiple things built into [their] process" to combat, skirt, and workaround laws that try to prevent women who are barred from getting an abortion in one state from seeking it in another, including not knowing what the person they are transporting is looking for in their destination.

"We don't actually ask the abortion support organization why somebody is traveling," he said. "We tell them that it can be somebody who's going for care. It could be one of their staff. Or volunteers who just need to get to a different location to do work on the ground, could be a healthcare provider, any of those things. And so, there are multiple possibilities even though abortion or gender affirming care is gonna be the most common ones."

But in not knowing, he said they "give the passenger and the pilot some protection of: they don't know why they're being flown, and so it's a little bit more private."

"Also at these airports," he said, noting that these are small, local airports, and the flights are on tiny planes, "there's no ticketing, there's no TSA security."

"It's really private and safe," he said. And as for the airports themselves, "most airports are owned by cities or counties. And so, you know, certainly your city or county might, you know, ask questions, but again, there's no requirement that pilots say anything. We also don't keep track of who our passengers are, as pilots like there's no requirement for that. So when an airplane is in the air, nobody knows who's the pilot or who the passengers are."

Bonanza detailed his journey to starting Elevated Access, which all began with an anti-racism workshop. It was "full of white people trying to break down our whiteness and figure out how we all play roles in white supremacy even if we don't use the N-word or anything like that."

"I was doing some self-reading with that," he said. "And I came across an article that was talking about how white supremacy and systemic racism are really built into the anti-abortion movement and people's inability to access abortion. And as a pilot looking for a way to work on social justice issues, that was kind of like an 'a-ha' moment."

For Bonanza, however, before he could open up shop and start delivering people to their out-of-state fates, he had to put in his time as an ally to the cause.

"One of the things that's really important to me is looking to the people who have been doing this work for years already. That's why rather than when I had that realization about racism and abortion access I didn't just immediately put myself out there to say 'hey, I'm giving people rides that need access to abortion.'

He first learned how "abortion access" worked, volunteering with the group, and learned about how his services could be useful before he provided them.

"For somebody who maybe has small children at home or even just kids at all, [who] can't get away for an overnight trip to maybe a clinic that's further away, or for somebody that's working multiple jobs and has a hard time getting away for a day or two, we are able to get somebody moved really quickly," Bonanza said, before giving an example.

"We took somebody that would have been a 10 hour drive probably roundtrip, and probably an overnight stay in hotel room, we were able to meet them at the airport and get them back home so that they were door to door from their home and back home again, and from 8 am to 6 pm on the same day. And so she was able to get back to her kids and not have to worry about too much work," he explained.

They won't take direct requests from people seeking to use their volunteer service, but direct them back to Midwest Access Coalition, or another one of their partners, to get set up. The reason for this is twofold, both to limit pilot liability, pilots do not know who they are transporting or for what purpose, and to make sure that they are "leaving that part of the work" of coordination, working with abortion or medical gender transition seekers, to those groups that already have the "expertise." Bonanza really doesn't want to step on anyone's toes.

And the volunteer pilots, too, learn from the partners how to talk to people who are seeking abortion or medical gender transition. "If they start talking about their abortion or the gender affirming care they're traveling to access, because we're also doing that, is the right language to use the things they're going to make them feel supported, make them feel safe. And that's really the nightmare scenario for me is, beside somebody trying to infiltrate our operation, our nightmare scenario would be any passenger that didn't have a good experience with our pilots. And so I want to really prepare a pilot to be as supportive as possible," Bonanza said.

More than 600 pilots are interested in volunteering with Elevated Access, and Bonanza notes that the pilots are diverse, too, with many women and transgender pilots signing up to help.

"The pilot community is still very much a white man's world," he said, "which is something I'd like to see change. But if you looked at our pilot roster, and this is going purely based off of names, which I admit is very presumptuous to make, but we just started, just recently started collecting pronouns on our pilot application form. I think that we have about 40 percent of our pilots are women. We also have a number of people that are trans. We have people of a variety of ethnicities. Our pilot volunteer list may be the most diverse set of pilots of any organization in the country. Or the world for that matter," he told Feminist Buzzkills.