This is the first of three trials where families of ten Sandy Hook victims are seeking defamation damages against Jones. 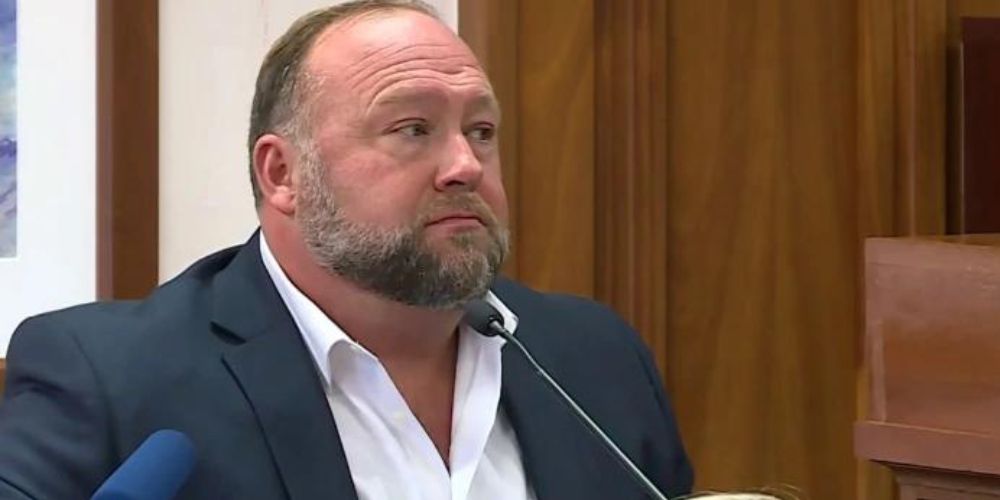 A Texas jury has ordered InfoWars' Alex Jones to pay $4.11 million in defamation damages to the parents of a child killed in the Sandy Hook Elementary School shooting massacre after he made repeated claims that the 2012 shooting was a hoax.

Jones spread falsehoods that the massacre was a government operation to push gun control legislation and that the families of the 27 victims were complicit, according to the New York Times.

On December 14, 2012, 20 first-grade students and six educators were murdered when lone gunman, Adam Lanza, entered Sandy Hook Elementary School in Connecticut with a semi-automatic rifle after killing his mother at home.

On Thursday, the ten Texas jurors awarded compensatory damages to Scarlett Lewis and Neil Heslin who brought forth the defamation lawsuit against Jones. They are the parents of Jesse Lewis, 6, who was killed in the massacre.

While being cross-examined, Jones explained that it was irresponsible of him to declare that the shooting was a hoax and admitted to the jury that the massacre was "100 percent real," according to Bloomberg.

Lewis and Neslin had requested $150 million in compensatory damages for "years of torment and threats" after Alex Jones claimed they were part of the government's false-flag operation.

"The way that you have impacted so many lives, there has to be some accountability for that," Lewis said to Jones while on the stand.

During the trial, prosecutors aired a June 2017 clip of NBC's "Sunday Night With Megyn Kelly" where Neil Heslin protested Jones' denial of the shooting and spoke to Megyn Kelly about the last moments he had with his son Jesse.

"I held my son with a bullet hole through his head," Heslin told Kelly.

"Will there be a clarification from Heslin or Megyn Kelly?" Mr. Shroyer said on Infowars. "I wouldn't hold your breath."

By default, Alex Jones lost a series of Sandy Hook defamation lawsuits last year after he failed to provide court-ordered documents and testimony. As a result of the default, the ten families that have brought forth lawsuits against Jones will be awarded monetary damages during trials this summer, the paper reports.

"Speech is free but lies you have to pay for," Mark Bankston, Lewis and Heslin's lawyer told the jury. "This is a case about creating change."

Jones' attorney Andino Reynal filed a protective order on the documents during an emergency motion on Thursday, but Judge Maya Guerra Gamble denied the motion to immediately seal the information "without knowing what's in it."

However, Gamble offered to give Reynal time to identify which materials on the hard drive he wanted to be sealed.

Thursday's ruling was the first phase of the trial. The trial will now proceed to a second phase where a jury will take into account Jones' net worth when determining punitive damages. This is the first of three trials where families of ten Sandy Hook victims are seeking defamation damages against Jones.