Yan raised suspicions with a comment about "rich white men" running the church, per a sworn statement by a federal agent. 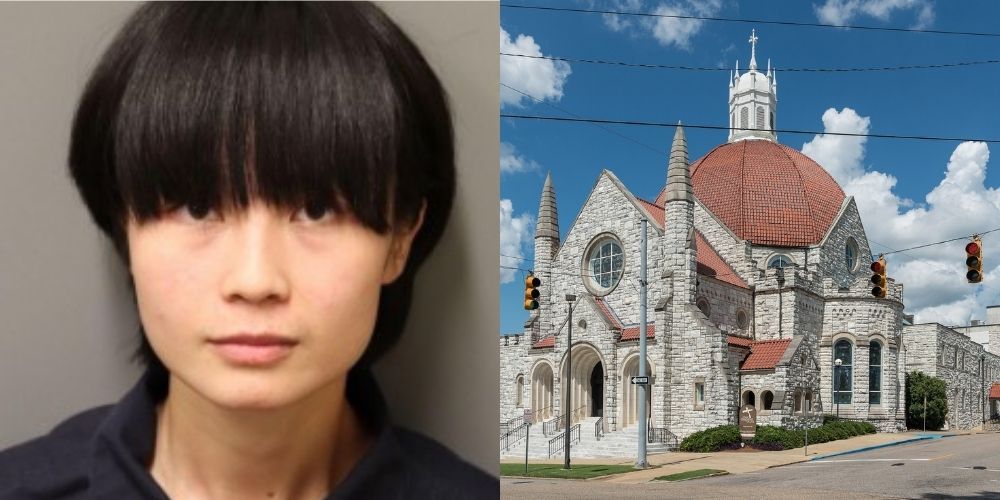 "According to federal court documents, the church falls under this category for protection because it sends money through recurring wire transfers to India to fund local churches that First Baptist Church founded," the outlet reported.

She allegedly set fire to the church on Sept. 30, frequented by the state's Republican governor Kay Ivey, reported The Daily Wire.

Yan raised suspicions with a comment about "rich white men" running the church, per a sworn statement by a federal agent.

The Montgomery Advertiser added that Yan supposedly set four fires across the church resulting in damage. However, its flame-resistant carpet in part saved most of the church. In a complaint filed in the federal case Friday morning, agents suspected Yan used gasoline to start the fires.

Pastor Mark Bethea told agents with the Bureau of Alcohol, Tobacco, Firearms and Explosives that he contacted "a small in stature Asian female" after the Sunday church service on Sept. 26. "Bethea advised that he ultimately escorted the female from the premises of the church," according to court records. "According to Bethea, approximately a couple weeks before the fire, church security had previously interacted with an Asian female that was acting suspiciously and obtained the license plate number from the vehicle she was driving."

Montgomery County District Judge Monet Gaines increased the bond for Yan to $150,000 from $30,000 and ordered she receives a mental health assessment.

The county's assistant District Attorney Ben McGough argued in the motion that  Yan overstayed a revoked student visa and, as a Chinese citizen, remained in the US illegally, reported the Associated Press. The student visa was no longer valid when it was discovered she was not currently enrolled in school.

Prosecutors said because Yan had "strong ties to an overseas country," the higher bond guaranteed her appearance in court.