The flyer calls for as "many activists as possible" to aid in the mission, as well as "food, ice, supplies, hand warmers, gloves, tactical gear, tents, tables, water," and more. 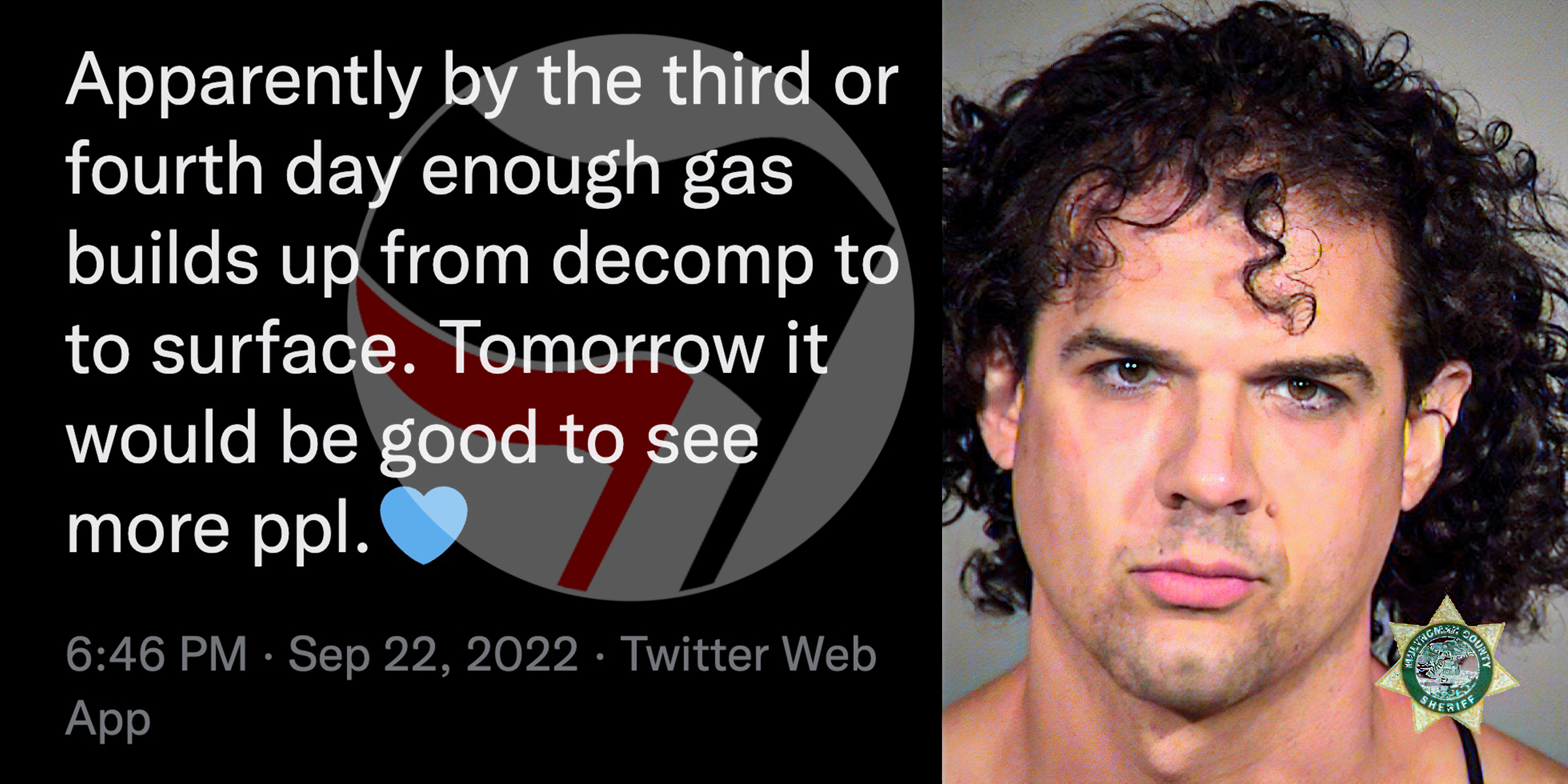 Hannah Nightingale Washington DC
Sep 23, 2022 minute read
ADVERTISEMENT
ADVERTISEMENT
Following the news that transgender Antifa rioter Tabitha Wilson Curtis, also known as Tabitha Poppins, Antifa groups have formed search parties, and have implied that they won’t be involving the cops in the search for Poppins, who is believed to be dead.

According to previous reporting from The Post Millennial’s Andy Ngo, Poppins dissapeared on the Columbia River north of Portland on Monday while paddleboarding.

Rescue crews were called in after a 911 call at 5 pm stating that a person in the water needed help.

Search operations were suspended at 9 pm on Monday, and the case is now being treated as one to recover a body.

An base camp called Camp Tabitha has been formed as the home for a search and rescue mission, taking place on Thursday, September 22. 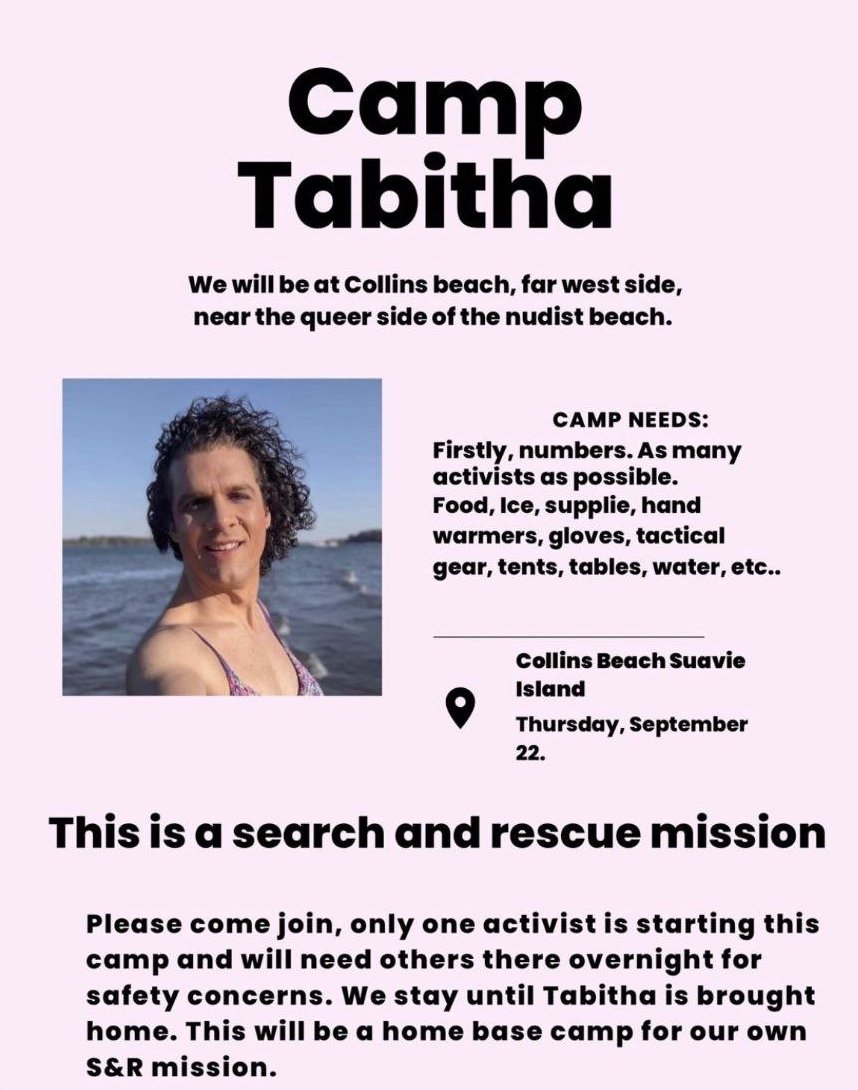 "We will be at Collins beach, far west side, near the queer side of the nudist beach," a flyer states.

"Please come join, only one activist is starting this camp and will need others there overnight for safety concerns. We stay until Tabitha is brought home. This will be a home base camp for our own S&R mission," it continues.

The flyer calls for as "many activists as possible" to aid in the mission, as well as "food, ice, supplies, hand warmers, gloves, tactical gear, tents, tables, water," and more.

In a thread of tweets from Thursday, one Twitter user stated that "comrades" were going to be flying drones in the area of Poppins’ disappearance.

"A lot of people are involved searching now. There’s a base camp that’s going to be set up today where she went missing. Somebody is betting their boat ready to search. Someone else has their dogs searching the Washington side," the thread continued.

In another tweet, the user posed the question, "what will you do when you can’t call the cop?" And responded, "This."

As the search pivots towards searching for a body instead of a living human, far-left protestors from Portland and beyond have begun posting their eulogies to Twitter, noting their experiences with Poppins at what was many times violent protests.

Some have noted that given the timeline of a decomposing body, enough gas in the body would have formed for it to surface if Poppins were to have drowned.

Poppins has been arrested at least four riots in 2020 spanning from June through September, and had been charged with numerous misdemeanor crimes ranging from attempting to commit a felony to reckless endangerment to resisting arrest and escape. These riot-related charges though were dropped by the Multnomah County District Attorney's Office under DA Mike Schmidt.
ADVERTISEMENT
ADVERTISEMENT
Tabitha Poppins search crews