She claimed that congresspersons have now effectively "served in war" and that she is "doing therapy" because of her experience on January 6. 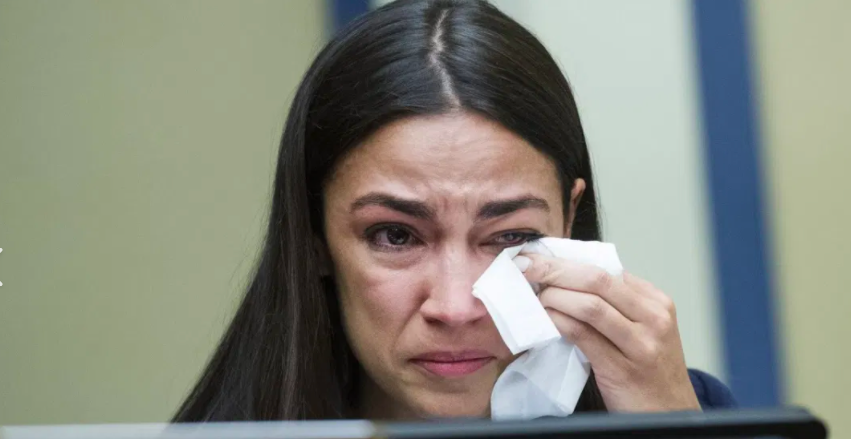 In a radio interview this week, Alexandria Ocasio-Cortez says that she's "doing therapy" after "surviving" the Capitol riot on Jan. 6.

While speaking to Latin USA, Alexandria Ocasio-Cortez spoke at length about her experience in at the Capitol Building on January 6. She claimed that congresspersons have now effectively "served in war" and that she is "doing therapy" because of her experience on January 6.

Ocasio-Cortez claimed the riot was an "all-out attempted coup" and that the United States was on the brink of having a "martial state." She continued, "there are also certain mythologies that are very important to maintaining white supremacy, white supremacy in and of itself is a mythology. And you have to protect it in order to protect that political power, which has now become a very important base in the Republican Party. And that’s why that response was so vociferous, to make it seem that it wasn’t as bad as it was, and it was bad."

After the riot, Ocasio-Cortez was heavily chastised for misrepresenting her whereabouts on January 6. Ocasio-Cortez had previously claimed that rioters had made it to her office door yelling, "where is she?" She further claimed that she thought she was going to die during the riot and that Republican Senators such as Ted Cruz were complicit in the alleged attempt on her life.

However, it was revealed that Ocasio-Cortez was in a different building entirely, as revealed by Congresswoman Nancy Moore, whose office is two doors down from Ocasio Cortez's. As many criticized Ocasio-Cortez's recounting of events as hyperbolic, the Congresswoman discussed her previous trauma from an alleged sexual assault and argued that those who dismissed her were "using the same tactics as abusers."

Ocasio-Cortez also blamed social media as well for her "increased isolation, depression, anxiety, addiction, escapism," saying, "I actually think that social media poses a public health risk to everybody, there are amplified impacts for young people, particularly children under the age of 3 with screen time. But I think it has a lot of effects on older people. I think it has effects on everybody. Increased isolation, depression, anxiety, addiction, escapism."

Ocasio-Cortez expanded on the impact of the January 6 riot by saying, "The cycle has just been moved on, but it has deeply, deeply affected lawmaking, policymaking, it has impacted the actual legislative process, the aftermath of it, and it’s very quiet, it’s not spoken about," AOC said.

"I think after the 6th, I took some time, and it was really Ayanna Presley, when I explained to her what had happened to me like the day of, because I ran to her office. And she was like, you need to recognize trauma and that this is something that you went through, but we’re all going through."

The House has recently voted to create a commission to investigate what happened on January 6. The motion passed with the support of 35 Republicans to the dismay of many in the party. Before implementation, the bill must also pass the Senate, meaning it will need the support of every member of the Democratic caucus there.