"We now have guidance saying that 'pregnant women' or 'women seeking abortions' is acceptable phrasing." they write. 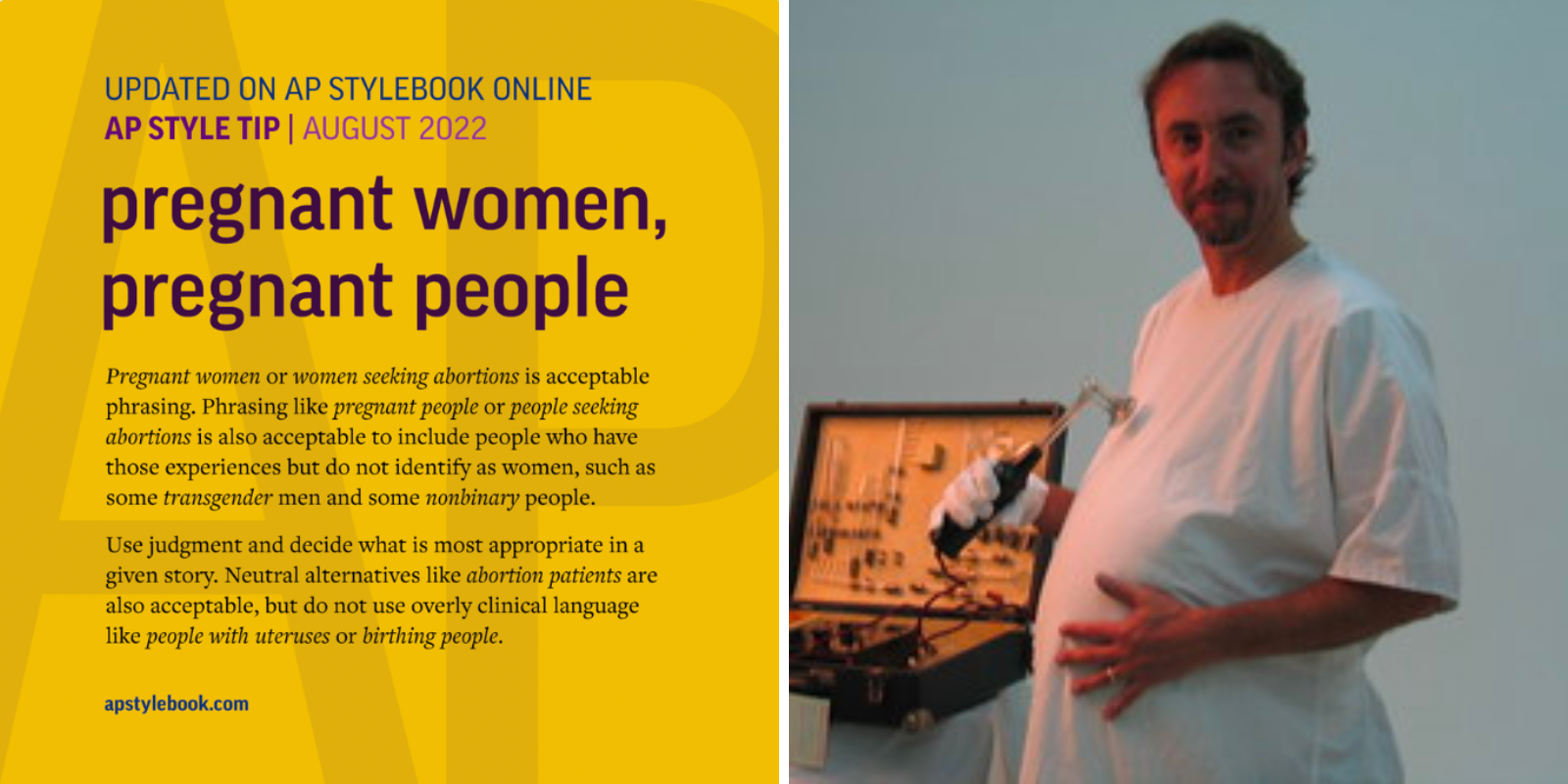 The AP has announced an adjustment their style guide when it comes to women. This comes after the Supreme Court ruled to overturn Roe, returning the question of the abortion law back to the states.

They write: "We now have guidance saying that 'pregnant women' or 'women seeking abortions' is acceptable phrasing. Phrases like 'pregnant people' or 'people seeking abortions' are acceptable when you want to be inclusive of people who have those experiences but do not identify as women." They specify that in these instances they are referring to "some transgender men and some nonbinary people."

Many women and conservative groups pointed out that the left would have a very hard time defending "abortion access for women" if they were not even capable of defining the kind of people who are capable of pregnancy: women.

It was only as recently as July that the AP offered style guide modifications in a "Transgender Coverage Topical Guide" that argued for "unbiased language." It included the scientifically inaccurate statement that "a person's sex and gender are usually assigned at birth by parents or attendants and can turn out to be inaccurate."

"Journalists on all beats," they wrote, "must be able to write about and interview transgender people using accurate, sensitive, unbiased language."

As part of that guidance, the language surrounding pregnancy was also adjusted in the style guide. The AP had previously backed the term "pregnant people," saying that "the inclusive term 'pregnant people' is preferred when describing people who are pregnant. It takes into account minors, transgender men and nonbinary people."

The AP Style Guide instructed in July that journalists should "Aim to use the phrase 'pregnant women' only when it's known everyone the term applies to identifies as a woman."

In that case, when it is clear that all of those being referenced identify as women, the AP says that the terms "pregnant women," "women seeking abortions," "pregnant people" and "people seeking abortions" are all acceptable, but that writers should "use judgment and decide what is most appropriate in a given story." That is, which term to use to describe women, who are the only persons who are capable of pregnancy.

The Biden administration has consistently refused to credit women with being the sole bearers of the human race. On his first day in office, President Joe Biden issued an executive order conflating gender identity and biological sex, and demanding that anti-discrimination laws that had been intended to offer legal protections to women on the basis of biological sex should be interpreted to offer protections on the basis of gender identity.

Biden's pick for Supreme Court justice Ketanji Brown Jackson told the Senate during her confirmation hearings that she couldn't define the word "woman" because she's "not a biologist." Health and Human Services Secretary Xavier Becerra said he didn't know what a woman is, and should "defer to his wife" on the matter since she is a gynecologist.