"I do hereby waive formal arraignment and enter my plea of NOT GUILTY to the indictment this 17th day of November, 2021 and ask the Court to accept this plea." 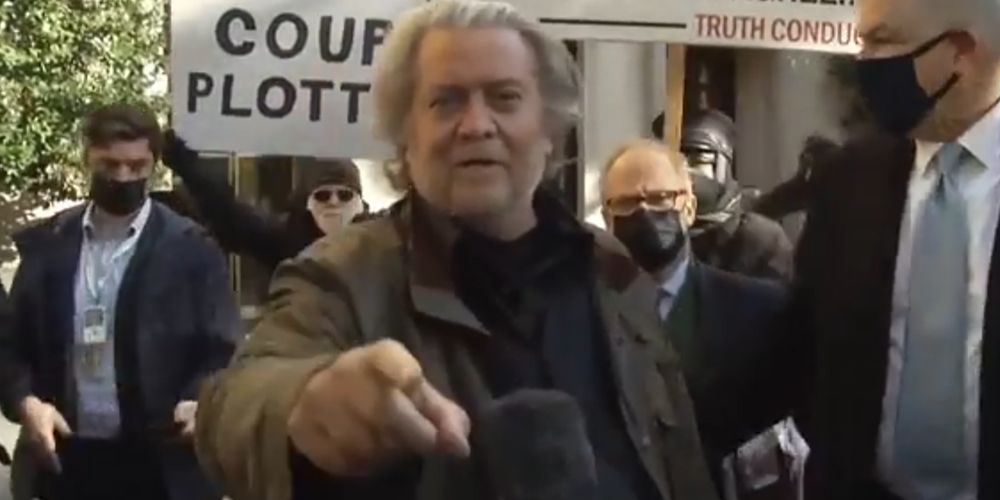 Steve Bannon, the former aide to President Trump, has decided to pre-emptively enter a not guilty plea to his two contempt of congress charges.

"I do hereby freely and voluntarily waive my right to an arraignment on the indictment and my right to have it read to me in open court," the document from Bannon states.

However a virtual hearing is still scheduled on Thursday of this week.

The two contempt of Congress charges against Steve Bannon deal with his unwillingness to cooperate with Nancy Pelosi’s January 6th committee. He refused to either answer questions about the Capitol riot or produce any materials.

According to CNBC, Bannon’s lawyer David Schoen said the decision was made because they "felt there is no reason to make the Court go through the formality of an arraignment."

The situation has been brewing since last month when Bannon rebuked the subpoena from congress on grounds of executive privileges. His rebuttal to the panel’s request is that any conversations had with President Trump have a right to secrecy.

The same line of argument is playing out in a similar battle between the National Archives and former President Trump. While the January 6th panel briefly won their subpoena in handing documents over, Trump’s lawyer succeeded in blocking that for now.

Steve Bannon in the meantime faces a year behind bars and a fine of up to $100,000 in his legal battle. The War Room correspondent turned himself in to the FBI back on Monday, livestreaming the event on the GETTR social media platform.