The move by the former White House advisor brings into question the enforcement power of the House’s request. 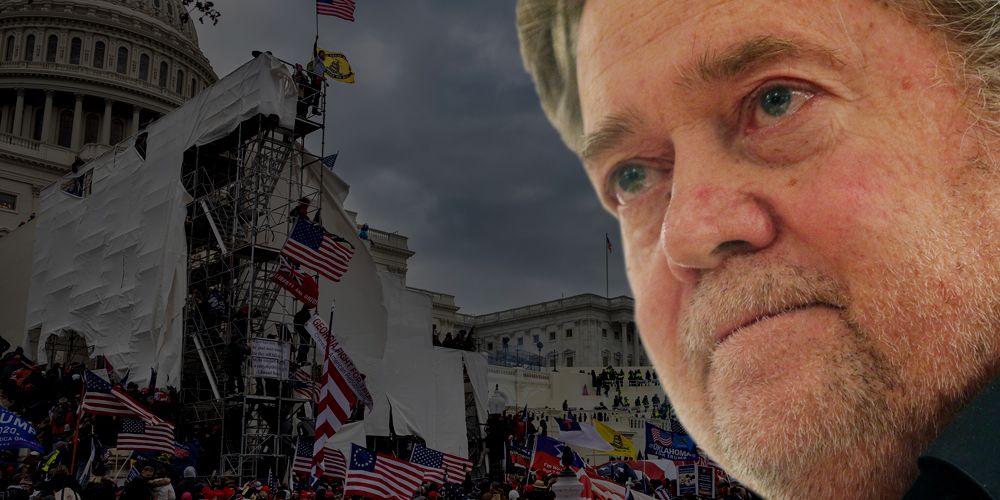 A key figure from the former Trump administration is openly challenging the authority of the House commission investigating the Capitol riot.

In late September, the House select committee investigating the events of Jan. 6 subpoenaed key personnel from former President Donald Trump's administration. One of these individuals was advisor Steve Bannon.

The latest news is that Bannon isn't budging. Maggie Haberman of The New York Times posted the response letter from Bannon's attorney.

The two most important sections of the legal letter outline that Trump is citing executive privilege and instructed Bannon to do the same in terms of stonewalling.

Specifically, the rebuttal says the committee's subpoena "seeks records and testimony purportedly related to the event January 6th, 2021, including but not limited to information which is potentially protected from disclosure by executive and other privileges, including among others the presidential communications, deliberative process, and attorney-client privileges. President Trump is prepared to defend these fundamental privileges in court."

According to CNN's reporting, out of the four people in relation to this particular subpoena, Bannon and former White House chief of staff Mark Meadows have responded. But it's unclear what Meadow's response was.

As for Kash Patel and Dan Scavino, no status on a response is known whatsoever.

According to Rick Wilson of the embattled Lincoln Project, the "1/6 commission" isn't going to enforce the subpoenas. In a Twitter thread, he accused the House committee of being "eager to run out the clock."

It was back in late August that Pelosi’s Jan. 6 committee requested communications between the former Trump White House and a list of outside political influencers. At the end of last month, the committee subpoenaed Women for America First over not just Jan. 6, but also two rallies in November and December 2020.

The formation of the Jan. 6 committee went through several political overhauls. While the current House of Representatives approved it back in May, the Senate blocked the bill only a week later.