"Despite the previous administration's pulling us out of the Paris Agreement, and refused even to acknowledge there was a climate crisis, we still brought down emissions during that period." 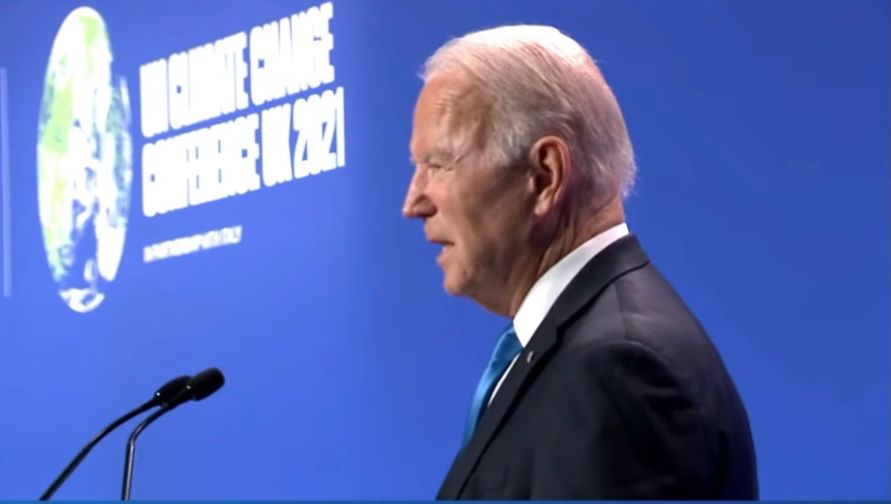 As President Joe Biden restated his administration's commitment to the Paris Climate Accords, he had to admit that even after President Trump pulled the US from that agreement, emissions went down during those years.

Biden was speaking during the UN Climate Change Conference in Glasgow, Scotland, when he made the admission. He thanked corporations, labor leaders, and charitable organizations for their work is reducing the effects of climate change, saying "That leadership together with action by state, local and tribal governments is been essential in the United States."

"That's why," he continued, "despite the previous administration's pulling us out of the Paris Agreement, and refused even to acknowledge there was a climate crisis, we still brought down emissions during that period."

During the four years of the Trump administration, emissions in the US did decrease. "According to the US Energy Information Administration," Climate Change News reported in June 2020, "US CO2 emissions in 2019 were the lowest they have been since 1992. Per capita emissions were lower in 2019 than they’ve been at any time since at least 1950."

Those crises Biden vowed to address were COVID, climate change, and racism, each of which has been declared a public health crisis.