At a political reception for US Representatives Lauren Underwood and Sean Casten, Biden said "And now what are we all worried about: Elon Musk goes out and buys an outfit that sends – that spews lies all across the world." 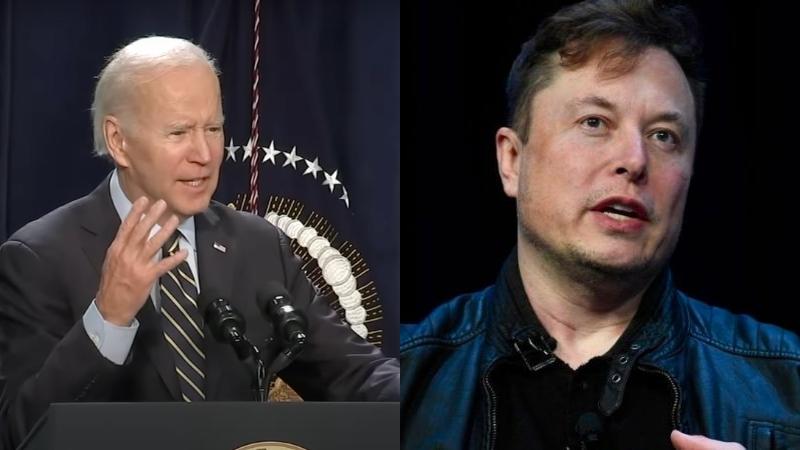 At a political reception for US Representatives Lauren Underwood and Sean Casten in Rosemont, Biden said "And now what are we all worried about: Elon Musk goes out and buys an outfit that sends – that spews lies all across the world," according to Reuters.

It's unclear what he meant by saying that Musk bought an "outfit."

According to the Daily Herald, the president was speaking to a small crowd of only about 50 people as he promoted fellow Democrats in the Chicago area.

During a Wednesday press briefing, White House Press Secretary Karine Jean-Pierre told reporters that the Biden administration "remains fully committed to our mission to protect the security and resilience of our elections and safeguard election infrastructure," when asked about the federal government's work with social media companies to censor information.

"That includes combatting disinformation – that is something we're committed to. We work to… protect Americans from disinformation that threatens the homeland," Jean-Pierre added.

Musk, who officially acquired Twitter on October 26, has promised to restore free speech on the platform.

On Sunday, Twitter's Birdwatch function fact-checked one of Biden's posts bragging about the lowering of gas prices.

The 79-year-old president said "Right now, the most common price at gas stations across the country is $3.19 per gallon. That's progress."

"Biden is referring to the 'most common gas price' as opposed to the average gas price of $3.800 (11/6/22). The most common is the 'mode' gas price. Neither are wrong and politicians tend to reference the one that is lower. The mode diminishes high gas states from the equation," said the note.
ADVERTISEMENT
ADVERTISEMENT
biden musk