Biden has been bussing migrants to blue cities since 2021

Politifact has claimed that Biden bussing migrants, mostly in the middle of the night, is "mostly false" while admitting in the same article that it's totally true. 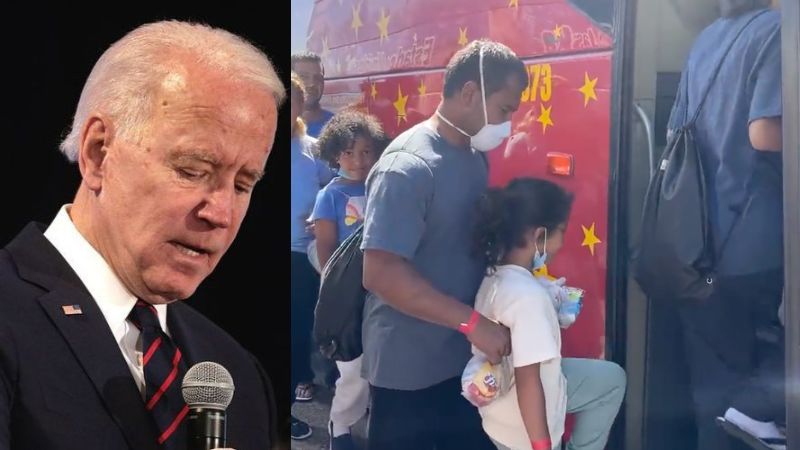 Joshua Young Youngsville North Carolina
Sep 16, 2022 minute read
ADVERTISEMENT
ADVERTISEMENT
In the last 24 hours GOP governors who have relocated illegal immigrants to Democrat led cities such as Washington, DC, NYC, and Martha's Vineyard have been told to resign, been accused of kidnapping, and compared to nazis on multiple occassions. Yet the Biden administration has been doing the exact same thing since 2021.

According to their website, "The Biden administration, like the Obama and Trump administrations, uses flights to move adult detainees from one detention facility to another in order to avoid overcrowding. If some of those flights occur at night, it’s not necessarily indicative of something nefarious or covert going on, as the ad suggests."

"The charter flights are not publicized and sometimes are done in the middle of the night to protect the confidentiality of those being transported and to guard against anyone who would interfere with the flights," according to PolitiFact.

Before Eric Adams singled out Texas Governor Greg Abbott for his bussing border crossers to the Big Apple, he said "individuals are being sent by the federal government" in July as he asked Biden to send "additional resources immediately" to help with the "rapidly growing shelter population and new clients who are seeking asylum."

In July of 2021, Tucker Carlson began reporting on how the Biden administration was secretly shipping illegal immigrants from border states to various locations around the country, including Washington, DC and NYC. Immigration and Customs Enforcement (ICE) reached out to Carlson to confirm his reporting.

Savanah Hernandez writing for The Post Millennial reported that Biden's secret night flights included a vast number of children, thousands per week. The Biden administration was bussing and flying tens of thousands of unaccompanied migrant children throughout the US and handing them off to unvetted adult "sponsors."